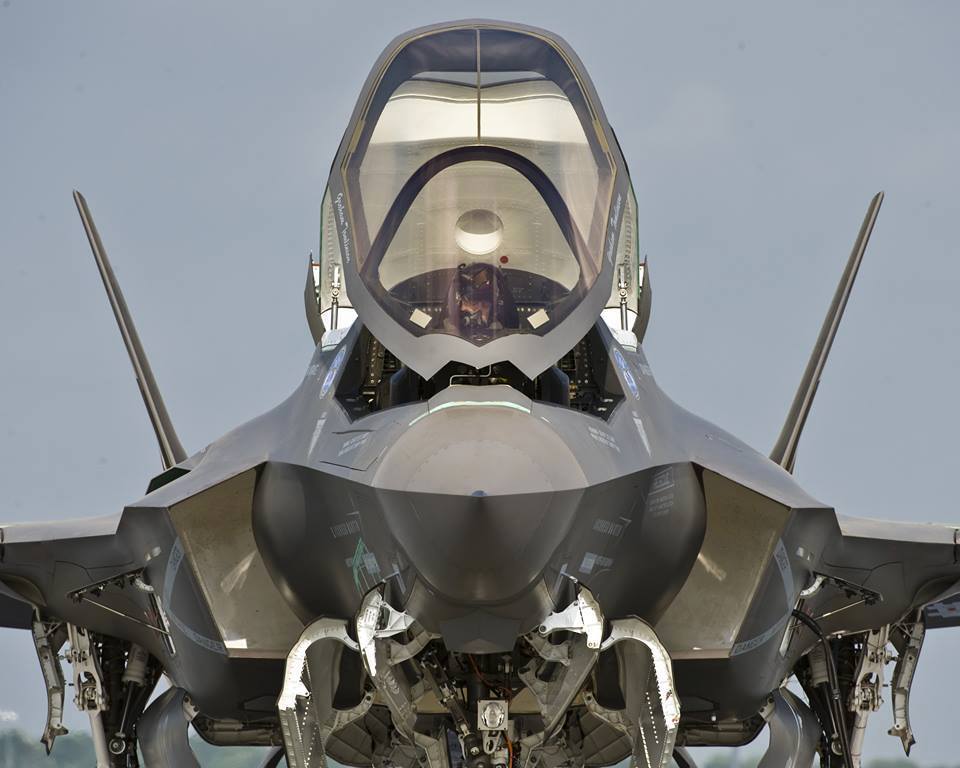 We have repeatedly covered the 5th generation topic, and asked if these jets are the last ones and would finally be replaced by UAVS. Articles about the topic can be found here (cost), here (UAVS vs jet fighters) or here (comparison of 5th generation fighter jets of different nations – the US, Russia and China. We have also covered the launch of two Chinese 5th gen fighters, which came by many as a surprise.

Now – what is also quite surprising, is that the richest of these 3 “5th gen nations” is not getting the programs under control – it seems very likely that the programs just gets another cut. Boeing, the worlds largest aviation company is offering and exit strategy to its competitor’s product, the F-35C Lightning II, developed and produced by Lockheed Martin. Lockheed Martin itself is one of the world’s largest defense contractors, and the US top defense contractor in 2008 and 2009. So we have a fight of two giants.

It is also a fight between generation 4+, promoted by Beoing subsidiary Boeing Defense, Space & Security (BDS) vs. the very latest in technology, the 5th generation Lockheed Martin F-35C Lightning II.

Attack on F-35 cost and technology

Boeing officials started promoting F/A-18 Super Hornets and EA-18G Growler to the Navy at 2003 Paris Le Bourget Air Show – as a hedge against the Joint Strike Fighter program, the most expensive military acquisition program in US history. But the attack is not only about exploding cost of the JSF program: Recently, Boeing has gone a step further and questioned whether the F-35’s stealth technology is still effective against the latest air defense systems being developed in Russia as well as in China. At the recent Navy League’s annual conference, Boeing officials held a presentation that questioned the  so called “perishability of stealth”. Boeing also said the F-35 is not as effective against the wide spectrum of air defense systems as the F-Growler.

Even though the Navy officially stays committed to the JSF program, it has ordered 22 more Growlers recently. These are so called airborne electronic attack platforms, based on the F/A-18 platform. Boeing thinks that the Growler must be included in future strike packages in order to protect fifth generation fighters and other assets from air defense systems. Defense analyst Loren Thompson explained that

…the presence of a Growler nearby a stealthy aircraft such as an F-22 or F-35 could alert an enemy that planes are nearby. Although it is a jamming aircraft, the Growler is not stealthy. Knowing that the Growler is present, you would have to assume other aircraft are also nearby – so it could tip off the enemy as to the presence of other aircraft.

Thompson further criticized the decisions made so far:

If a jamming aircraft is needed to support stealthy planes like the F-22 or the F-35, then why isn’t the Marine Corps or the Air Force developing a next-generation jamming aircraft? They seem to think that what they are getting in the F-35 will be survivable on its own.

The development of a next generation jamming aircraft will take a lot of time. And the F/A-18 production will probably stop as early as 2019 of there are no follow-up orders coming. It will be interesting to see what comes next.