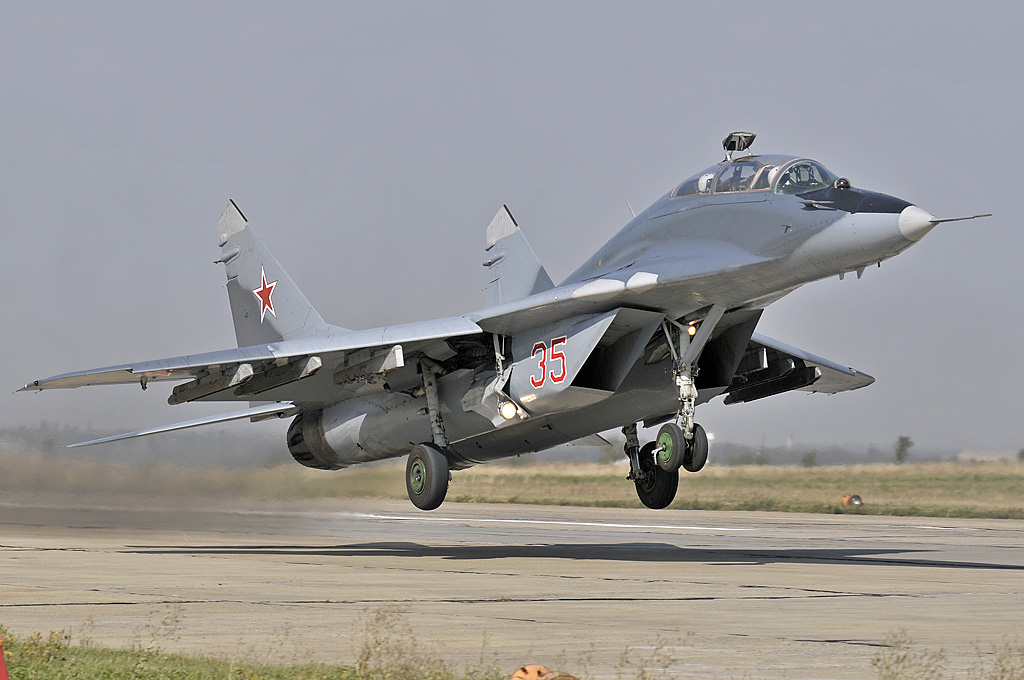 We are very happy to show you our latest MiGFlug company videos. The video edited in October and early November 2012 gives an overview of all the fighter jet rides MiGFlug currently offers: The MiG-29 Flight, Edge of Space flight in the MiG-29, the brand-new MiG-15 flight in Poland, the Hawker Hunter flight in the Swiss Alps and the European L-39 Albatros flights in Czech Republic, Germany, France, Spain as well as the US L-39 Albatros flights in Tampa FL, Houston TX and Los Angeles. The raw footage for this new MiGFlug trailer has been produced in the last three years, partly we profited from TV teams and the nice equipment they had. An Example is German Pro7 with Galileo (the underwing camera) or the BBC filming “Year of Adventures” with Ben Fogle. I include here a short making of I took with my iPhone:

So as you can see, we risk our life to produce a nice trailer for you 😉

Here is the new MiGFlug trailer. We hope you like it. If you do, it would be great to vote or leave a comment on Youtube (and subscribe to our channel with more nice video!).

The new trailer is here to show what we currently have to offer: MiG-29 aerobatics flight, MiG-29 Edge of Space flight, Supersonic flights, Aero L-39 Albatros flight in many different locations in Europe and the US, and the Hawker Hunter flight in Switzerland. And, new in 2012/2013: The MiG-15 flight in Poland. A true classic, the first fighter jet with a jet-to-jet kill in history!

As you hopefully know, what we show you in these video is not some fighter pilot or airshow footage. All these features jets are available for fighter jet rides! For more information have a look at http://www.migflug.com

We also did produce a new Edge of Space video. It is the first in HD quality. As you might know, the MiG-29 Fulcrum is the last fighter jet available for supersonic fighter jet rides and Edge of Space flights. During the MiG-29 Edge of Space flight you can climb up to 75,500ft or 23,000m. The MiG-29 flight is not only very impressive and powerful (especially when the afterburner starts!). The view from this altitude is just incredible and all Edge of Space customer will tell you: It’s not possible to describe it with words. You can see the curvature of the earth. The sky above you is black, with countless stars (also at daylight!). The atmosphere is surrounding the Earth like a blue fog, but that’s far, far away. Because you are deep in the stratosphere!

Our friend Wojciech from Poland created a little mind map about the MiG-29 Edge of Space flight – with most of the important information easily available. Have a look: 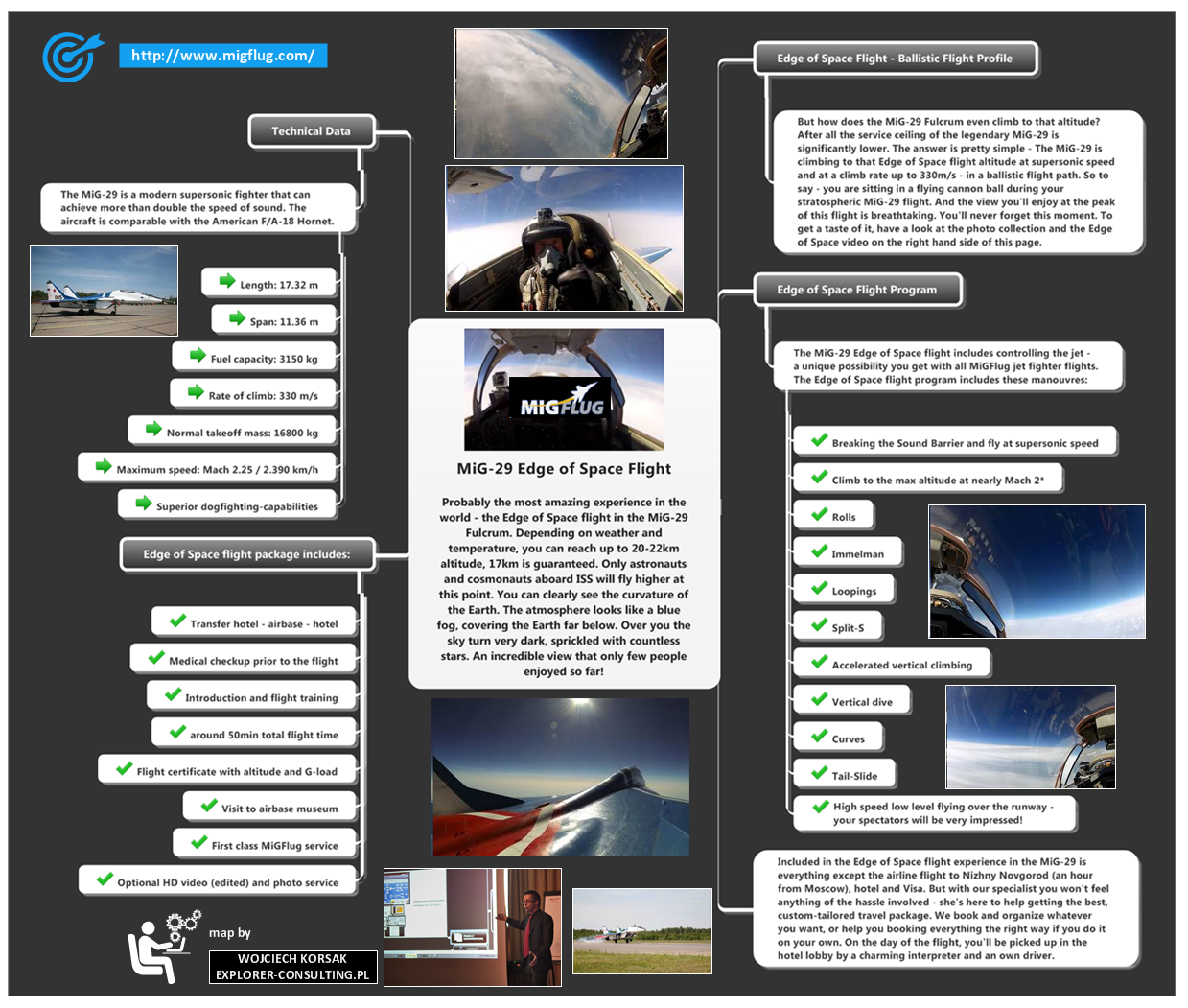