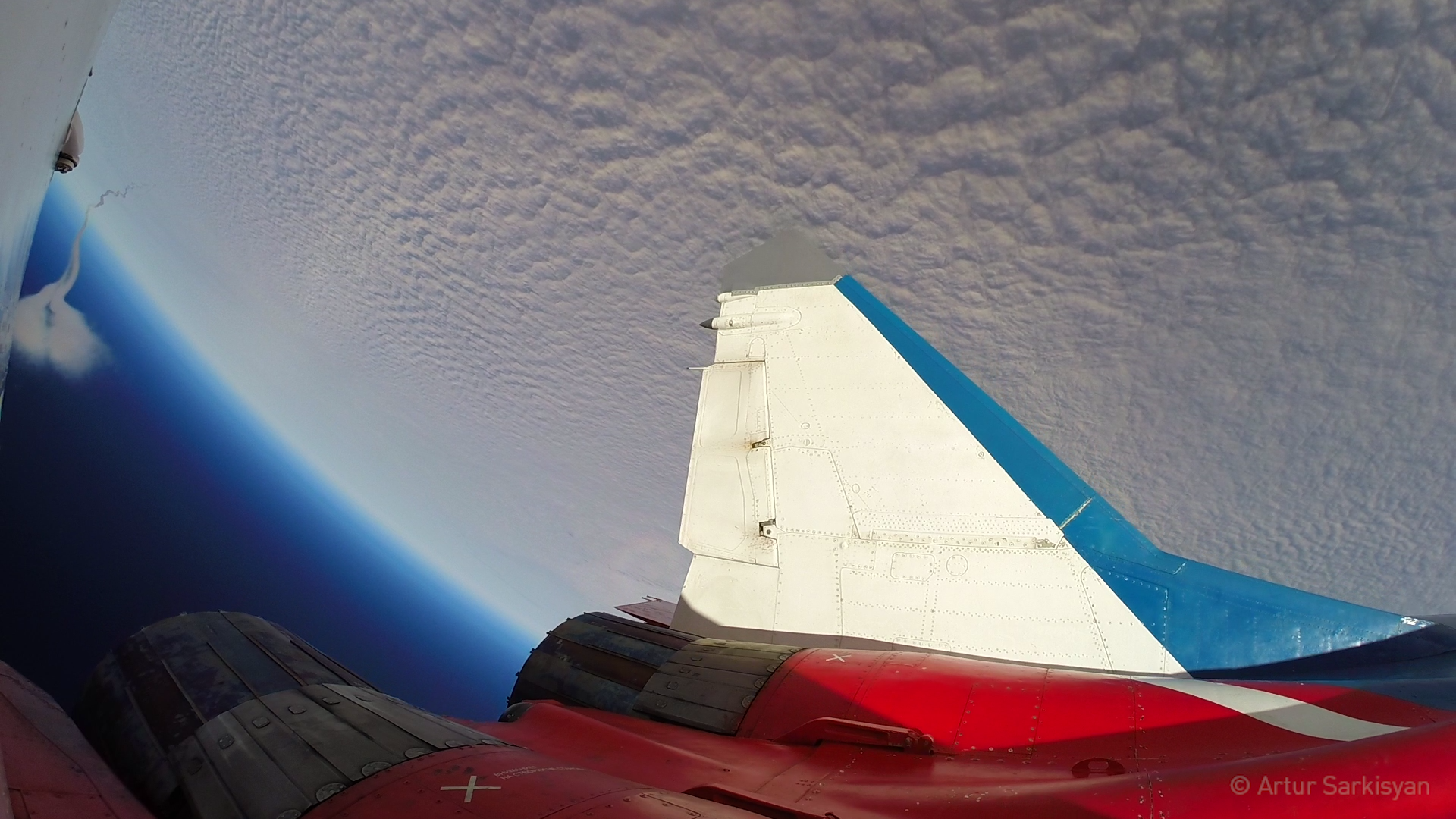 How can cameras sustain such high speeds?

First of all: MiGFlug did attach cameras outside before – so that’s nothing revolutionary. Among other – cameras have been attached with a lot of tape for BBC productions and for the German Galileo that is being broadcast on Pro7. It is always tricky and more than once cameras became a bit shaky after a while, as the camera tape and vacuum combination that was used to attach the camera unter the wings or on the side of the L-39 Albatros was about to lose the fight against the wind. But the maximum speed reached so far was around 750 km/h during video productions with outside cameras. During the Edge of Space flight in the MiG-29, however, a top speed of Mach 2 (2450km/h or 1520 mph) can be reached. Also, the flights take longer than the 20min we have done during former video productions. The Edge of Space flights has a duration of 45-50min. So we decided to work with a famous aviation video producer – Artur Sarkysian. As Russian citizen he was able to access the highly restricted military airbase that we offer flights on. And he liked our idea of producing an Edge of Space video together.

Over a time of 6 months, we planned, tested, produced with several MiGFlug Edge of Space customers. The customer featured in the final video was Race Car driver Josh Cartu – as he is prominent he was also not only used to publicity, he also has countless fans, so we got some leverage there. 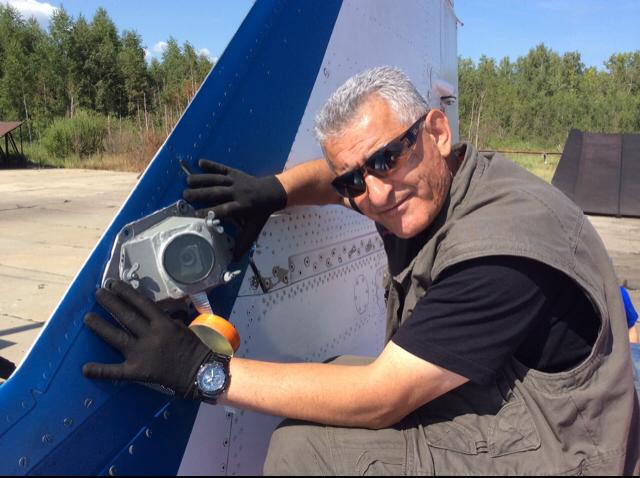 Artur Sarkisyan attaching a camera to the MiG-29UB fin

Soon after the cooperation started, we reached a couple of photos from the preparations – and it looks promising. In the process later on, there was a rocky path to go then – delay after delay, different taste and a different approach as well as language bareer and some cultural difficulties to dodge. But since we work together with Russians to organize MiG-29 flights for more than 10 years now this didn’t come as a surprise. Things just work different in Russia (and sometimes not at all). After the first result was not according to our taste there was a major clash and the project almost stopped. This would have been a shame as the images and videos done were simply amazing. 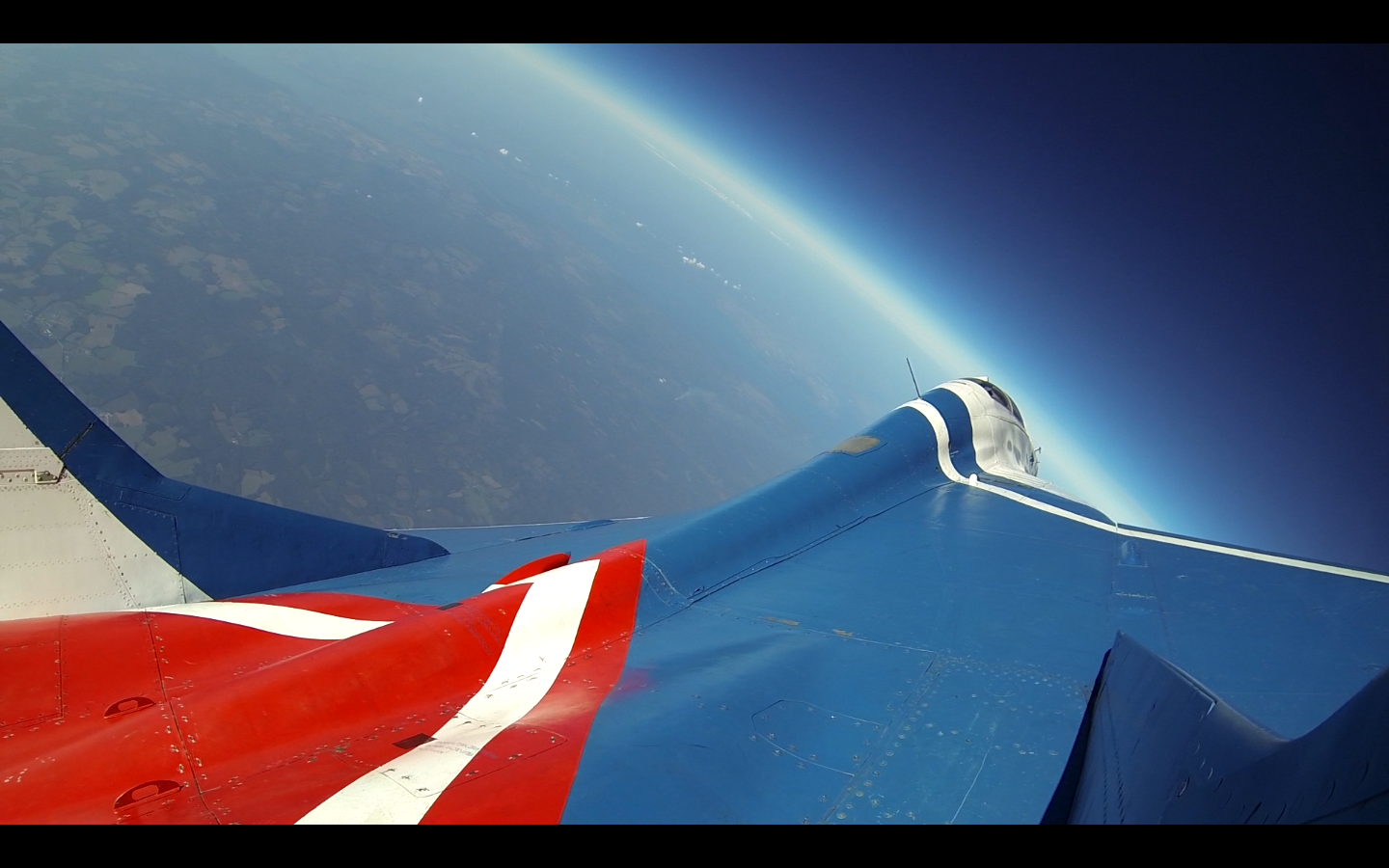 MiG-29 at the Edge of Space. Photo taken from the MiG-29 fin at more than 18km altitude.

Photos like those have never been taken before, so we did everything to get this done. And because they are so nice, here is another couple of Edge of Space photos – taken with cameras attached at the MiG-29:

MiG-29 Edge of Space flight – the tail of the Fulcrum

Now you’ll probably ask you yourself how the camera construction could stand speed up to 2450 km/h, and 9g? Well, that’s a secret – but it was not only done with take and glue, that much can be said.

So how does the result of the Edge of Space video look like?

To compare – below is our old Edge of Space video, with nearly 1.5m views on Youtube as of May 2015: