F-35 – The biggest aviation project ever 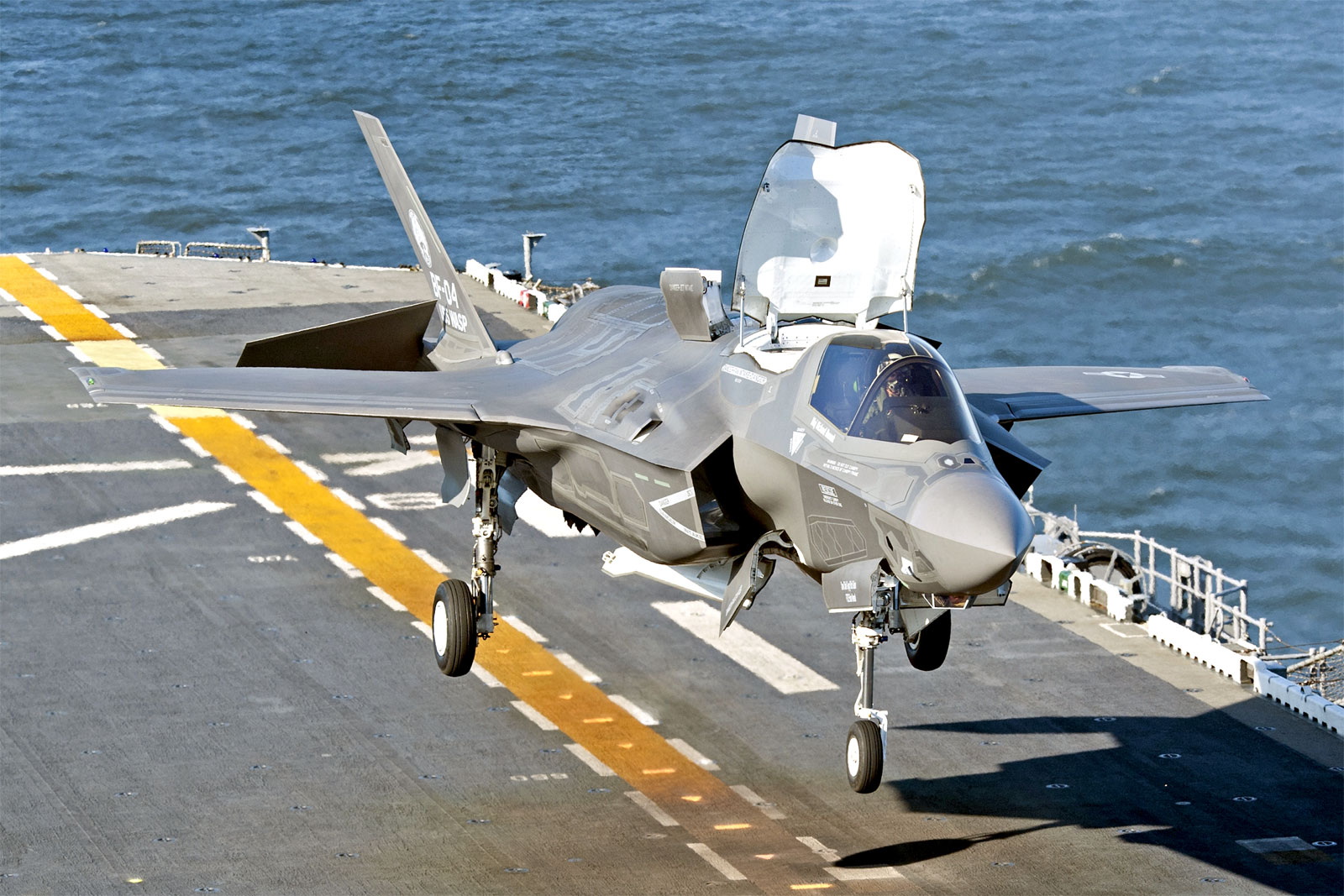 The American F-35 Lightning II built by Lockheed Martin has been under great debate for over a decade. The super-expensive development of the second US generation 5 fighter is currently projected to end at over $1 trillion, yes, with a „t“. Sure, it is expensive, but maybe it is worth the cost? In this article, we will cover the pros and cons of the Joint Strike Fighter program and hopefully clear up some question marks about the world’s biggest fighter project.

Why has the F-35 become so expensive?

The reason for it to be so tremendously expensive originates in a smart idea that the US officials came up with, that mass production always costs less. They had seen over the years that it was very expensive to have different airframes for different aircraft, for instance, the F-22 Raptor, the Harrier Jump Jet, and many other aircraft have different fuselage which makes them having to be built at different factories and multiple projects have to be funded simultaneously. It is usually cheaper to develop one airframe for many aircraft – so-called economies of scale – and then tune them in the last stages to be a little different from each other to fit their specific purpose – similar to the mass customization approach.

F-35C taking off from a Wasp-class amphibious assault ship

However, this turned out to be only partly correct. After Lockheed Martin’s X-35 had won the JSF competition over the Boeing X-32 they started to make the plans for how the different aircraft would look in the end. The results were the F-35A, F-35B, and F-35C which would be similar to the extent that they could have the same fuselage, but still so different that they would be able to be used in different branches of the US military. The F-35A was built as a normal fighter aircraft but with stealth and top modern radar systems, which was planned to be sold to other countries (currently sold to Turkey and Australia, to among others). The F-35B was made to do STOVL (Short takeoffs, vertical landings), to be used by the Marines so it could take off and land from short runways and preliminary bases in foreign countries and on their Amphibious assault ships. Lastly, the F-35C was built to perform from aircraft carriers with its CATOBAR (Catapult Assisted Take-Off But Arrested Recovery) feature.  It is currently planned to be bought for the UK’s Queen Elizabeth carriers.

The cost per hour in the air of different fighters/multiroles

The idea of building an aircraft capable of performing vertical takeoffs might seem achievable, after all the Harrier has been doing it since the ’60s. But Lockheed made an own design that turns the entire nozzle downwards in mid-air – to blast the 1000°C exhaust onto the ground below it. In addition to this, there are small fans that blast air downwards in the front of the airplane, to get an even spread of the lift. But this turned out to be hard. Extremely hard actually. To build a prototype and do a test flight with it was doable. But to make one of the most advanced engines the world has ever seen and then being able to land it in the dusty middle east without proper maintenance for weeks is a very difficult task. The aircraft is so complex and advanced that the F-35 flight hour cost reached currently US$ 31,000 which is extremely high compared to the F-18E/F which costs “only” 11,000 dollars per hour in the air.

The lift fan of the F-35 Lightning II

Because the price got to such enormous amounts, Lockheed Martin realized that they had to make money to keep the project going, fast. How do you make money fast when you have a product that is finished but still not completely tested? You start selling it. They sold among others 2400 to the US, 48 to UK, and 100 to Turkey. But then time caught up. The fact that the aircraft fuselage has been used for many purposes makes it have to be adapted to all of them. This resulted in a compromise between all its needs hence making each a little worse than it would be if it would be a unique airframe for each one. This makes the F-35 be a little bit worse than the designs (which have been claimed to be “poorly made”) stated it would. The electronical systems of it have not been fully developed yet which also contributes to its lacking skills in the air, also this is a result of the early selling previously mentioned. The vertical take-off and landing of it has also a problem which is that when it blasts 1000°C exhaust onto the ground the ground starts to boil which sends small parts of it into the sky, which might be fatal for the stealth coating and engine. This has been resolved (at test sites) by covering the ground with a special kind of aluminum matting, but this is hard to install, heavy, and further contributes to the price of the F-35. Neither of these had been taken into consideration in the early stages of development. These small parts leaving the surface are however only a problem on concrete and asphalt, on carriers‘ decks it instead ends up damaging the deck severely (but no major damage to the airplane).

It also has to be said that at first, the F-35B was too heavy to lift vertically. This resulted in Lockheed Martin having to take off some weight from it, which was basically safety systems and thinning down the tough airframe which makes it less tough and durable. To make up for the lost backward vision for the pilot, cameras were installed which give the pilot a 360° view – he can even look down on the floor and have a lookout, pretty cool – but the quality of the imagery created was rated as too bad because it was impossible to distinguish the tiny black spots in the sky from hostile fighters that would be able to be seen by the eye.

What does the F-35 actually cost?

The F-35 is truly one of the world’s most advanced fighters. But the combination of Stealth, STOVL, and having the same fuselage for all parts of the military comes at a price that is the biggest one ever seen in any aviation project. US authorities predict that the cost of the complete program plus the maintenance and buying of the planned F-35s will be over $1.5 trillion dollars. As a comparison, it can be said that the legendary F-117 Nighthawk required 50 people to be built, while the F-35 needed over 6000 engineers, which of course was one of the main reasons for the enormous price of it (There has been some speculations/rumors that Lockheed has delayed the program to earn more money from the US taxpayers).

In conclusion, one can say that the F-35 is a big step forward in terms of technology. But the fact that they spent over one trillion dollars on it makes a big hole in the US military pocket which is by many considered a waste. This is because the Harrier is better at STOVL (it can even hover backward) and from a fighter’s perspective, both the F-22 Raptor and other cheaper (and older) fighters can score a kill versus it. This means that the F-35 hasn’t got an advantage in anything, the least in the price which was thought to be minimized by using the mass production idea. Now when it comes to testing it shows that the idea of having the same fuselage has sacrificed other things such as lift, dogfight maneuvering, and aerodynamics. The idea of having the same airframe for all branches has made them use a tremendous amount of workers, which has contributed to its price and complexity. The fact that Lockheed Martin started mass-selling it before it was completely finished and tested comes at the price of countries now pulling out and the US buying fewer F-35s than initially planned (2400 instead of 2900). The F-35 is an interesting development, but it is not the best at anything which might be expected for a project that is the by far most expensive one ever made.