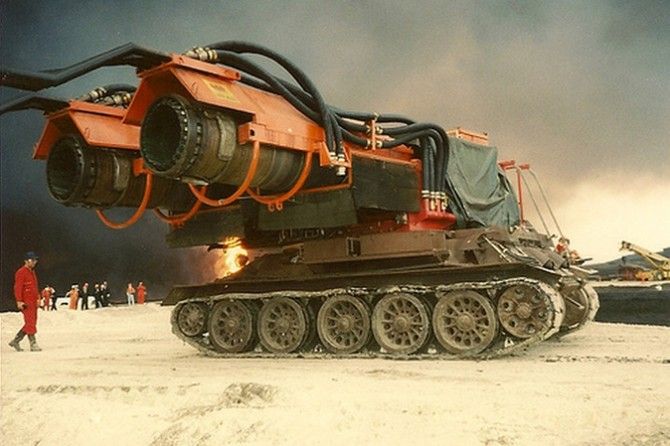 Jet Engines are so useful!

In Russia – they like big, heavy machinery. And given the harsh weather conditions, it makes sense to have robust fighter aircraft that can be maintained easily and take off from unpaved runways. Or to use fighter aircraft to blow away snow. Wait. Whaaaaat? 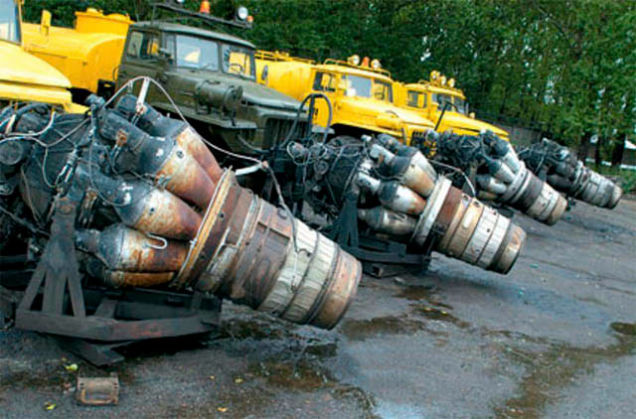 Yes – that’s a jet engined snowblower. Or, if you prefer, a snow melter. It uses the Mikoyan MiG-15’s Klimov VK-1 engines that are mounted in front of a Truck.  This engine has been derived from a Rolls Royce RB.41 Nene engine and has a dry weight of 872kg. There are others using the MiG-17’s engines also. This is how badass the Russians are! 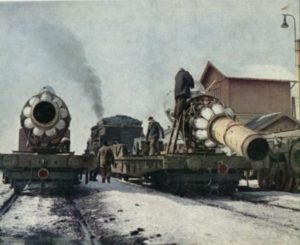 And not only the Russians used this fine technology. Below is a rail-based snow melter in the Czech Republic. 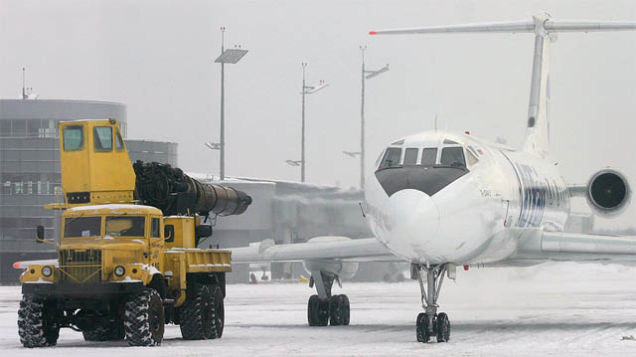 By the way – there is also a jet engine Snow Blower active in the US (Croton West Yard – Hudson Line) – see video below.

And they are useful on aircraft carriers also. Dirty flight deck? PSHHHHHHHHHHHT! Clean it is. As simple as that 🙂 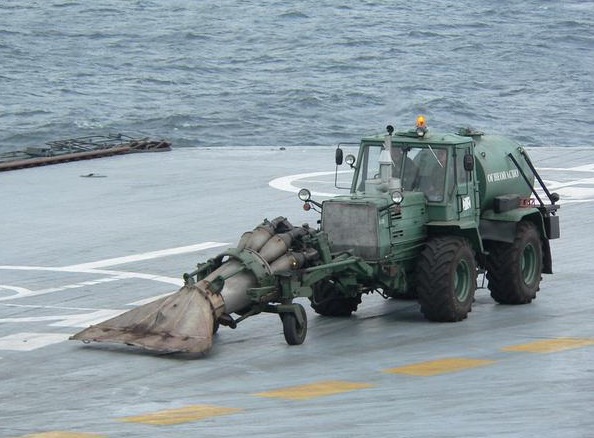 russians clear their aircraft carrier with this jet-powered vacuum cleaner

And then there is this funny guy here:

The Hungarians took it to the next level. Jet engines can not only be helpful in the cold and to deal with big amounts of snow – but also to deal with an extreme fire. Another cool use of fighter engines. Remember how Saddam set oil fields on fire during operation desert storm?

Believe it or not, this insane thing here is, in fact, a fire truck.
Hungarian engineers took a T34 tank (WWII-era Russian tank) and strapped two jet engines from a MiG-21 on top. It is called „Big Wind“ and was used by legendary firefighter Paul Neal „Red“ Adair who specializes in big fires – especially burning oil wells. Red Adair was a highly specialized innovator and hazardous profession of extinguishing and capping oil well blowouts, often by using explosives or – like in the case here – „Big Wind“. 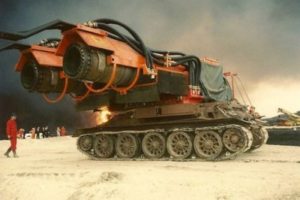 „Big Wind“ – Definitely the most badass fire truck ever! See the video below.

And it was the first thing that actually worked to get rid of the fire in an efficient way! And it was so good that all firefighters who weren’t that efficient in extinguishing the burning oil wells before were a bit jealous and called it the „Gulash Cannon“.

Nuclear decontamination exercise in the 1970s.

By the way – The original concept was developed to decontaminate Soviet tanks on a Nuclear battlefield: