Russian Aircraft Carriers – A Story On Its Own 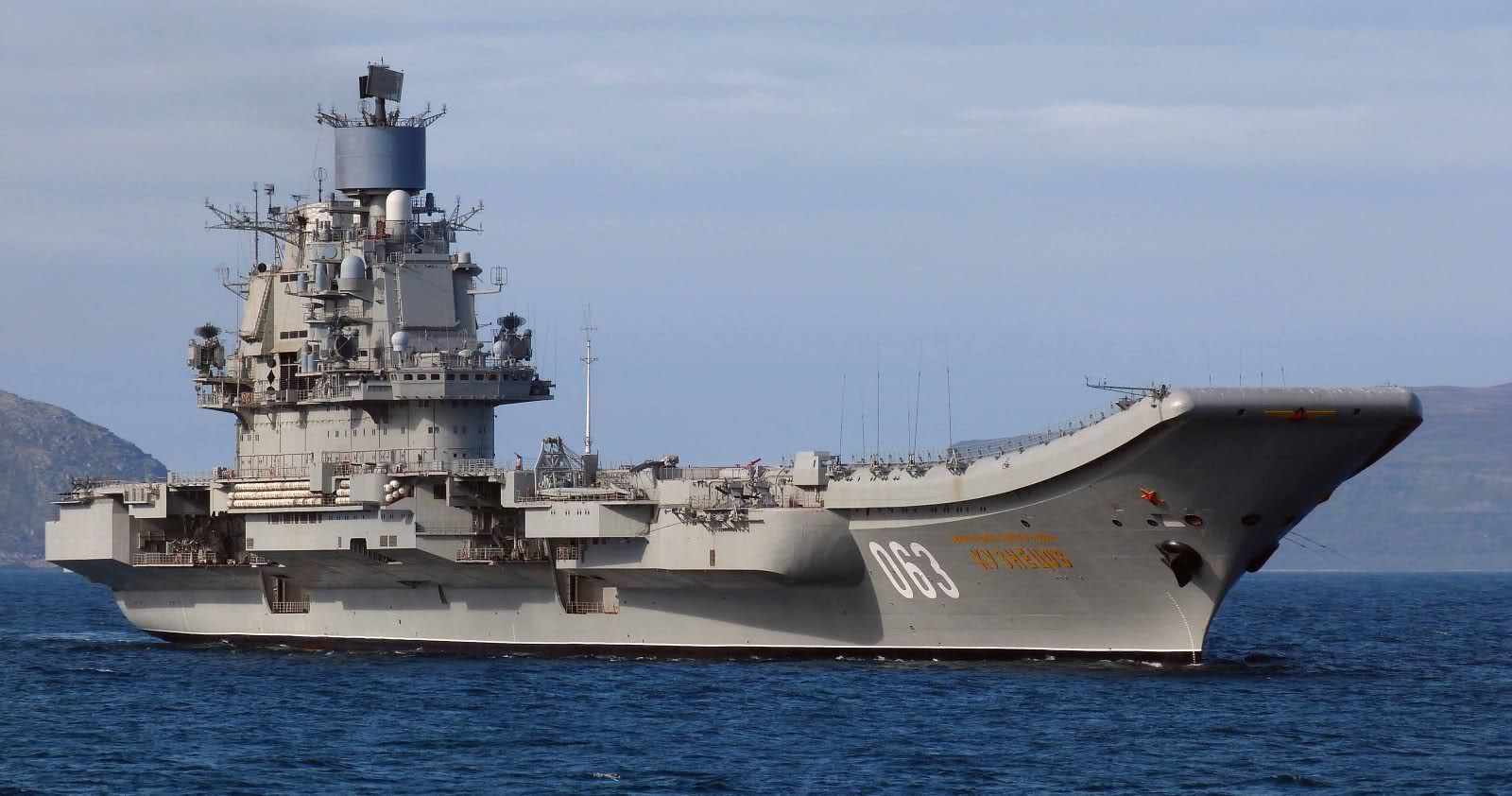 Russia and former USSR have since the 1960’s been one of the world’s most active aircraft carrier builders. Only the US, UK, Japan and France has had more of these vessels controlling their waters. Right after the second world war a lot of aircraft carriers were sold, scrapped and put in reserve. But as the Cold War really emerged almost all of them were recommissioned. However, that was a while ago and after the fall of the Soviet Union many saw the Cold War as finally over and once again carriers were scrapped and put in reserve. Today, in 2014, of the aforementioned nations, the US has 19, UK 2, France 4, Japan 2 and Russia 1 aircraft carrier, a substantially smaller force than before 1991. But back to history: In the beginning of the 60’s the Americans built one of their most successful carriers ever, the USS Enterprise, which was the world’s first nuclear powered aircraft carrier. The USSR then saw the real potential in having a floating air force base and started the development of their own carriers. 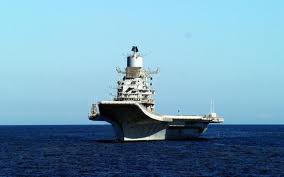 The size of the superstructure indicates that it is a cruiser and not a “true” carrier. On picture: Admiral Kuznetsov

First of all some terminology. As you can see in the table the USSR and later Russia named their aircraft carriers “aircraft carrying cruisers”. This is not a coincidence; it has diplomatic reasons. The Russian carriers are usually built in the Black Sea, and when they want to travel out to the bigger seas, they have to go through the Dardanelles. But according to a law stated in 1936 it is forbidden for aircraft carriers to pass through here. Therefore the Russians choose to call their carriers for cruisers instead, so no tensions will occur. However in this article i will stick to the term aircraft carriers for both the America and the Russian carriers.

This article will only cover “modern” carriers, whuch means carriers built after the USS Midway (launched in 1945). Earlier stages in the building of aircraft carriers can be read about in another article The Aircraft Carrier – Part 1: The History. Between 1967 and 1991 Russia completed seven helicopter/aircraft carriers. The evolution in weight, length and complement size shows how much the Soviet technology improved between these years. In the table it can be seen that the Soviets started much later than the Americans with developing carriers and have been behind ever since. Today the US has more modern, heavier and bigger numbers of aircraft carriers than Russia. The explanation for the late start is partly that the Russian military budget has been smaller than the one of the US, and that the USSR did not think that aircraft carriers could be such effective vessels before the Americans showed the success of the USS Enterprise.

It all started with an idea… 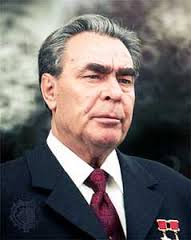 The first USSR president that seriously thought of building aircraft carriers was Leonid Brezhnev. He thought that the carriers could be very useful as they were very flexible and therefore able to protect the gigantic 22,200,000 km² Soviet Union. So he led today’s Russia into the development and commissioning of the Moskva and Leningrad, the only two carriers of the Moskva class. But they were, as can be seen in the table, not real aircraft carriers as they only carried helicopters. This was however very useful at the time because of the possibilities of using helicopters as antisubmarine warfare platforms since the dawn of the nuclear powered submarines had just arrived.

The next step in the Russian carrier history was the project Orel. The Orel class destroyers were supposed to weigh more than 5 times the weight of its predecessor, carry 70 fixed wing aircraft and be nuclear powered. The plan was to compete with the American flag ship USS Enterprise which had proven itself being worth the $430 million it had cost to build it in 1958. However when the president who started the project died, a new president that was more into smaller, more cost efficient carriers rose to power and got the project (that started in ’73), scrapped.

After the Orel project had been shut down all parts of the Navy agreed on that they still needed carriers to give sufficient air support when at sea. The discussions went on and the final answer was a compromise: not as big as the Orel but still a real step up from the (very) small Moskva class. The result? The Kiev class. The four carriers of this class weighed about 40 000 tons each, and had a much bigger air wing than the small 15 000 ton predecessor have had. The major difference between the Kievs and the western carriers was mostly that since the Kievs were “cruisers” they were also fitted with heavy armament such as 76 mm guns, P-500 surface-to-surface missiles, up to 200 surface-to-air missiles and even torpedo tubes. These carriers got a major approval from all corners of Russia and were a milestone in further developments – even though the Yak-38, which were the fixed-wing aircraft on the Kiev carriers was not very liked .

Kuznetsov – The king of Russia’s Navy

The Kuznetsov class. The Kuznetsov carriers were first thought to be a close follow up on the Kiev class but after the Orel project failed and after further delays it did not go as it was thought. However in 1981 the current Russian minister of defense Dmitriy Ustinov attended an exercise on board one of the Kiev carriers to make his mind up in the matter. The flaws that he saw made him think: What is the point of having such mighty ships if they are not even comparable with the US Navy’s. He therefore got the Kuznetsov project going, and 14 years after the exercise, in 1995, the Admiral Kuznetsov was finally fully operational (needless to say that the USSR was no longer operational at this time). It was the first ever Russian aircraft carrier capable of launching normal take-off aircraft such as Sukhoi Su-27s and Mikoyan MiG-29s. The earlier Kiev class had only been able to launch its STOVL (ShortTakeOffVerticalLanding) jets Yak-38. Just as the Kiev, Minsk, Novorossiysk and Gorshkov (Kiev cruisers) the new Kuznetsov had a heavy armament on board, making her the new pride of the Russian fleet. 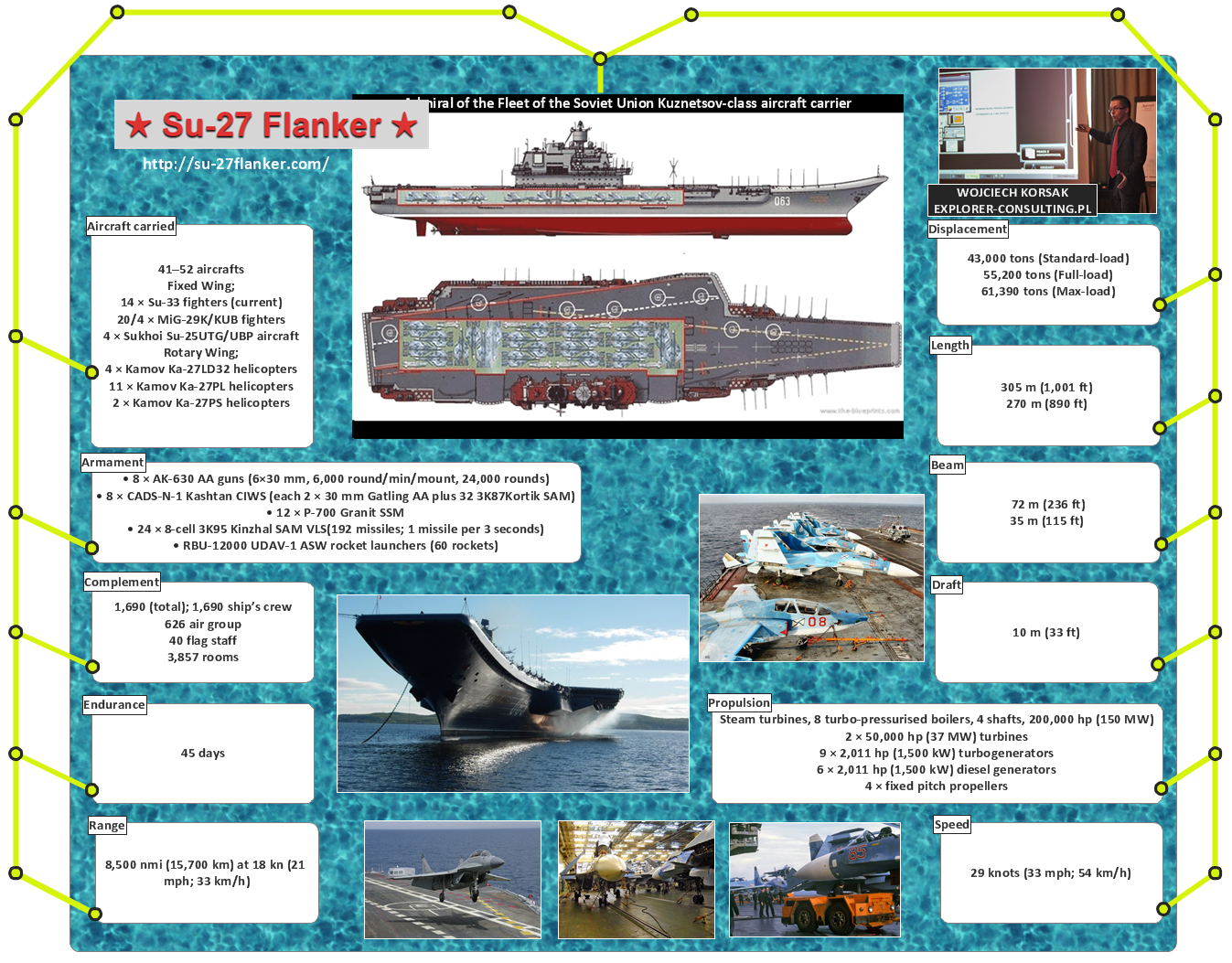 The faith of the Soviet Union’s mistakes

The Chinese Liaoning during its recommission in 2012

Some Russian carriers have been sold and scrapped over the years, for different reasons. The Admiral Gorshkov was too expensive to be maintained and used with the Russian Navy after the Cold War. It was therefore sold to India, modified and recommissioned in 2013 under the name INS Vikramaditya. It is currently one of two active Indian carriers. The Varyag carrier (seen in the table) was rewritten as property of Ukraine after the Cold War. It was stripped of all electronics and later sold in an auction (only the hull). The winning bid came from a Hong Kong businessman who wanted to make a casino in Macao out if it. It did not happen, finally the hull ended in a dry dock at Dalian and became the Liaoning, the Chinese carrier.

The Ulyanovsk shown last in the table was also a project of the USSR. It was basically the Orel hull fitted with modern weapons and electronics. This idea was also scrapped but the blueprints of it were sold to China which plans to use them when building future generations of carriers.