The SR-71 Blackbird, the fastest air breathing jet that has ever flown was a masterpiece at its time of introduction in 1966. But now, almost 50 years later, the creater of the Blackbird – Lockheed Martin’s Skunkworks – might be building the next generation Blackbird. Its current name is SR-72. And even though not very much is known about this top-secret project, information has been leaked and given out. The attention the aircraft has received was high, not surprising given that its top speed is believed to be as high as Mach 6.0.

The successor of the Blackbird It will be a successor of the SR-71, having the same purposes as the Blackbird, among others surveillance and intelligence gathering. Other areas of use will be to cover the gap that currently is between surveillance satellites and subsonic manned aircraft within the USAF. The special feature of the unmanned SR-72 is, just like with the SR-71, is pure speed. With its assumably Mach 6.0 capability, it will be able to penetrate enemy airspace, drop a bomb (for this it will have to be equipped with special equipment) or monitor before the enemy has time to intercept it. The SR-72 will be a brand new type of aircraft. Since its speed is so tremendously high, being spotted by the enemy will not matter (Only SR-71 has had this as its main feature before). This is what Lockheed Martin wants to accomplish.

Scramjet – The engine of tomorrow

The engine of it is one step up from the Blackbird’s. The engines needed to reach speeds of Mach 2.2 are called turbojets. The engines that will be used to reach the top speed of the SR-72 are called scramjet engines (although they can hypothetically reach speeds of over mach 15). Because of the fact that a scramjet does not work at speeds of lower than mach 1, the aircraft will feature a turbojet as well to accelerate it to the speed to where the scramjet can take over. The scramjet is still conceptual and there has not been any actual aircraft using one (expect the X-51, see further down), this is why Lockheed is collaborating with Aerojet Rocketdyne and Boeing to make the new engine, together currently leading the development of a scramjet. How the engine of the SR-72 will work however is currently not known to the public – and it is an extremely complex piece of machinery featuring both a scramjet and a turbojet. The project might however have a rough time ahead as Lockheed Martin had, by the time of the concept unveiling, not yet secured the fundings needed to build this kind of scramjet, the complexity and therefore the pricetag being two possible reasons.

Cheaper solution to the problem

Another reasons for them not receiving funds might be that they have competitors, one of them being the classified Northrop Grumman RQ-180 which is also a surveillance UAV being funded by the United States secret military budget. Northrop has skipped the whole speed part and instead concentrating on a stealthy drone to do the ISR (Intelligence, surveillance, reconnaissance). This project has gotten more positive feedback both because of less risky technology will be used (compared to the SR-72 which will have to develop an entirely new kind of engine) and that it can be put into service already by 2015.

Going hypersonic in the near future The scramjet engines will be tested in Boeing’s X-51 project which is an unmanned, single engine aircraft. It is projected to be, in the near future, flying at mach 6.0. The aircraft is actually the record holder of “The world’s longest scramjet flight at hypersonic speeds” title after it held a speed of over mach 5.0 for 210 seconds in may 2013. It has gotten a nickname, the WaveRider, because of it using its own shockwaves to add extra lift. The aircraft did not have a turbojet installed so to get to the supersonic speeds needed to use the scramjet it was carried 15km into the air by a B-52 bomber, then released and falling untill reaching proper scramjet speeds. The SR-72 will probably not be the first aircraft to use the engine when it is done, as missiles are proposed to use it as soon as in the 2020s. 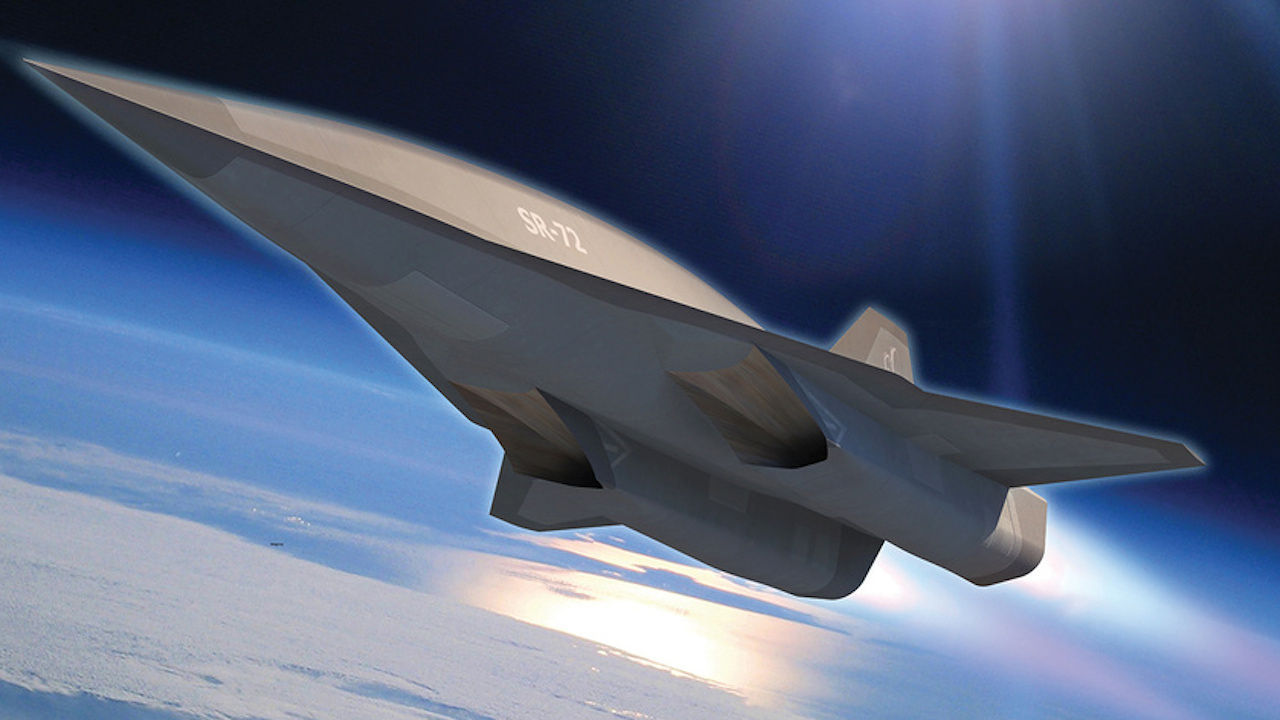 Conceptual deisgn of the SR-72

But if Lockheed Martin manages to make a hypersonic engine and propell an aircraft to a speed of mach 6.0 it will be an achievement about as big as the SR-71 back then. With more than twice the speed of any other air breathing aircraft ever built, it will earn its place in the history books. These kinds of engines might lead into an entirely new age of aircraft with Lockheed Martin at the very edge. Lockheed Martin has a long way to go and a lot of obstacles to pass, but if anyone should take on this risky but rewarding mission it is them, with tons of successful, first seeming impossible creations, such as the SR-71, F-117 and F-22. But at the current stage all we can do is to watch while the experiments continue and maybe, just maybe, we will one day see the SR-72 with its brand new engines astonish us all, just like the Blackbird once did.