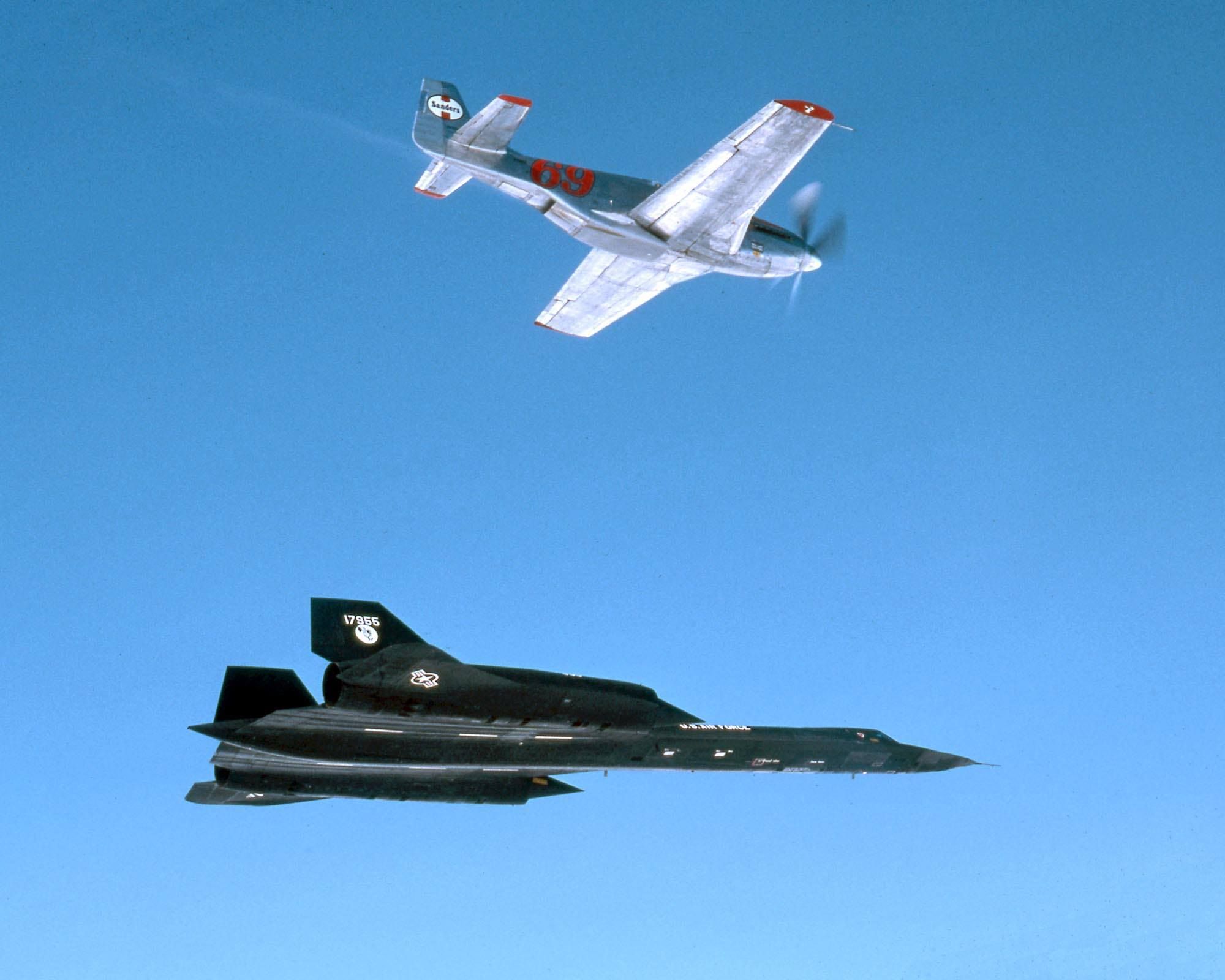 When these images cropped out on the internet a few months ago, some knew the photos were a photoshop masterpiece, and the rest were skeptical, or believed this ‚claim‘. A note to acclaimed aviator, Skip Holm was in order to validate the images and provide a little insight as to how this formation came to be.

After winning the Reno Air Race in 1981, and returning to their base, Van Nuys, the whole Jeannie crew was fired up to keep flying the racer in an attempt to set other world records as well as get socialising with the media for the plane. Bouncing varied ideas of how to PR the racer, some even proposed concepts from Jeannie becoming a static display in the mall to giving rides in the “aft bunk”. However, they eventually concluded that the best way to attract the media was to approach what we today would call a “You-Tube” viral video, hair-brained plan whereby they would successfully establish the “Jeannie Blazing Bullet Brand”; and thereby be able to market and establish Jeannie as the fastest reciprocating engine aircraft in the world. 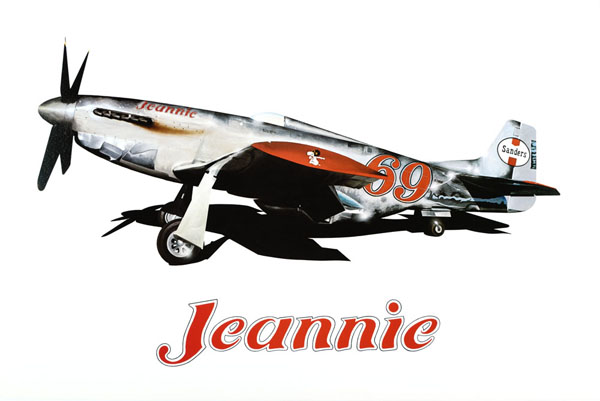 This concocted plan was simple! Get the mighty Lockheed SR-71 and Jeannie in formation, in the same photo, representing the fastest jet and the fastest prop in the universe.

This “The Fastest Prop and The Fastest Jet” one-liner inspiration, this scheme like challenge to even attempt this flight between diametrically different performance aircraft was typical of what we would have called a “brain-fart” idea in a fighter squadron. In a quick look at the SR-71 profile coming off Edwards AFB or Palmdale Air Force Plant 42, we knew we would have to have a full-up race engine, with available race power of 120 to 125 inches manifold pressure in order to maintain formation flight with the 450 knot departing and climbing SR-71. But “brain-farts”, being what they are, have a way of settling in, so we advanced this concept and in short order, were now committed down this road at full speed, with an associated PR move meant to catapult us into the next big show, an attempt at the low altitude speed record! But first — how to get this SR formation flight to structurally work.

The two aircraft in formation

Our thought process was the KISS concept — Keep It Simple and Stupid! Simply put – get the Skunk Works’ bosses from Ken Weir on down to realize the possibility of Jeannie, an Air Force aircraft, becoming the fastest prop aircraft to set the low altitude speed record (and other noteworthy speed events); with the plan of Jeannie eventually ending up in the Smithsonian, taking the place of Greenamyer’s Bear Cat. A one-upmanship of the Air Force over the Navy! Logic said that Bill Park, the Skunk Works Director of Flight Ops, would definitely understand that Jeannie in a SR-71 formation photo, could become known as the fastest prop in the world, in all regimes in the prop category. So, with that insight, we set out first to convince Bill Parks, and then with him on board, on to all the Skunk Works management. The mission statement: Get the SR-71 and Jeannie on the same billboard – “The Fastest Prop and The Fastest Jet”.

To date, only these few photos exist: One each to the aircrew of the SR-71, one each to every aircrew of both T38s, one to Zeuschel as the engine builder, one to the pilot of Jeannie, and one to the owner of Jeannie 69, Wiley Sanders. Several formation views of the SR-71 and Jeannie were taken, but once each person got their photo, the negatives were destroyed. Due to the minimum time these aircraft were in formation, all photo views show:

Do you like fast planes? Have a look at this video then: