This Graveyard would be 2nd largest Air Force in the world 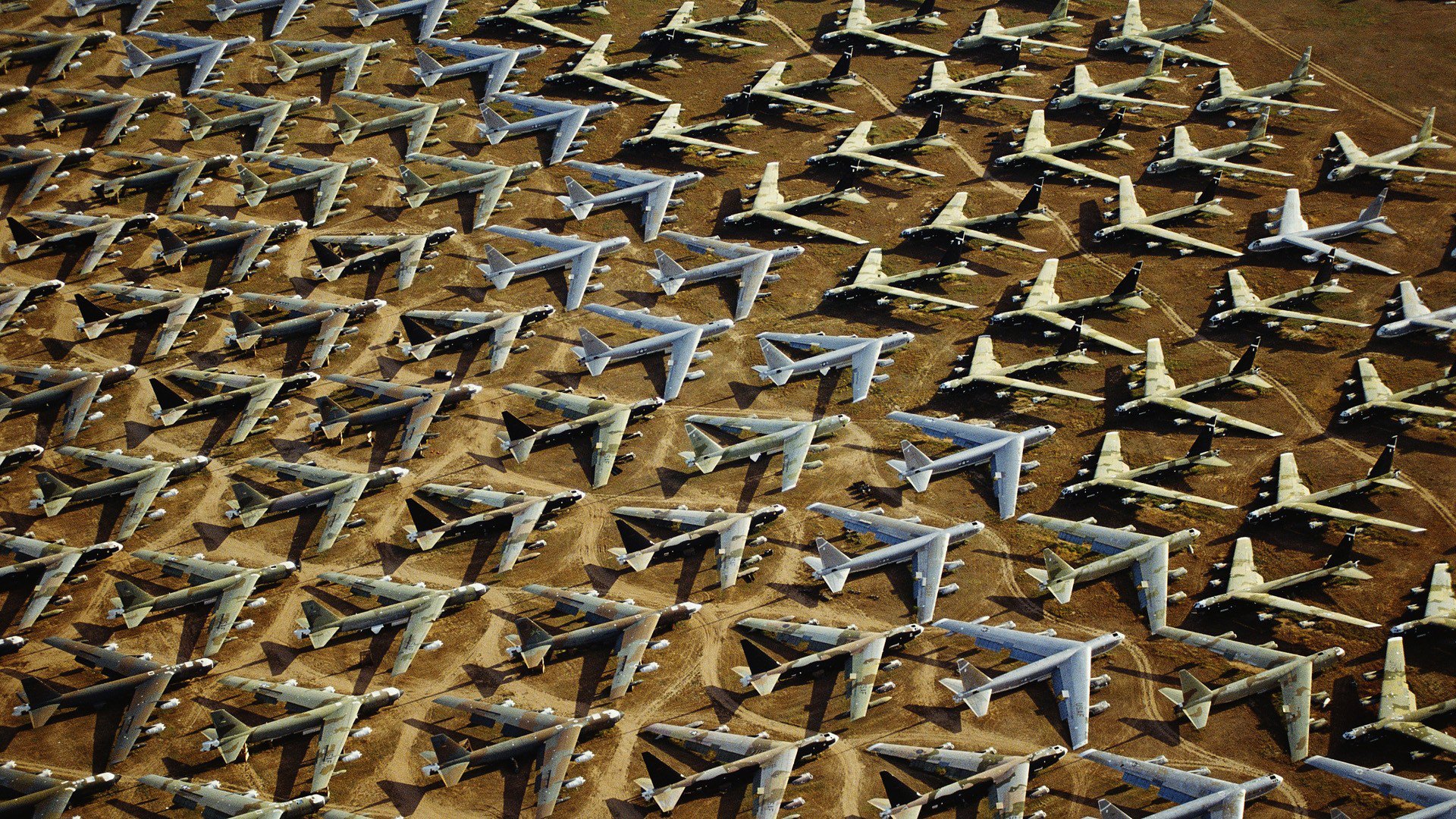 The so called  bone yard – The Graveyard that would be the second largest Air Force in the world:

The world famous US Air Force bone yard for surplus or out dated aircraft. Davis–Monthan Air Force Base (DM AFB) (IATA: DMA, ICAO: KDMA, FAA LID: DMA) is a United States Air Force base located south-southeast of Tucson, Arizona. The base is known as the location of the USAF Materiel Command’s 309th Aerospace Maintenance and Regeneration Group (AMARG) – the „aircraft boneyard“ for all excess military as well as government aircraft. Tucson’s dry climate and alkali soil made it an ideal location for aircraft storage and preservation. Davis–Monthan Air Force Base is the sole aircraft boneyard for excess military and government aircraft.

History of the Air Force Boneyard

Established in 1925 as Davis-Monthan Landing Field, the host unit headquartered the 355th Fighter Wing assigned to Twelfth Air Force, which was part of the Air Combat Command (ACC). The base was named after Tucson native WWI pilots Lieutenants Samuel H. Davis and Oscar Monthan. Davis attended University of Arizona prior to enlisting in the Army in 1917. He died in a Florida aircraft accident in 1921. Monthan enlisted in the Army as a private in 1917. In  1918, he was commissioned as a ground officer and later became a pilot. Monthan was killed in the crash of a Martin bomber in Hawaii in 1924.

Postwar years
With the end of the WWII, operations ended and the airbase was selected as a storage site for countless decommissioned aircraft. As mentioned before, Tucson’s low humidity and alkali soil made it an ideal location for storage and preservation of decommissioned aircraft, ready to be disassembled or reused. F-15s and F-16s sitting there for example could be brought back to service within 72h if needed.

The airfield still has this role today, with a huge storage area. All the aircraft sitting there would be 2nd largest Air Force in the World!