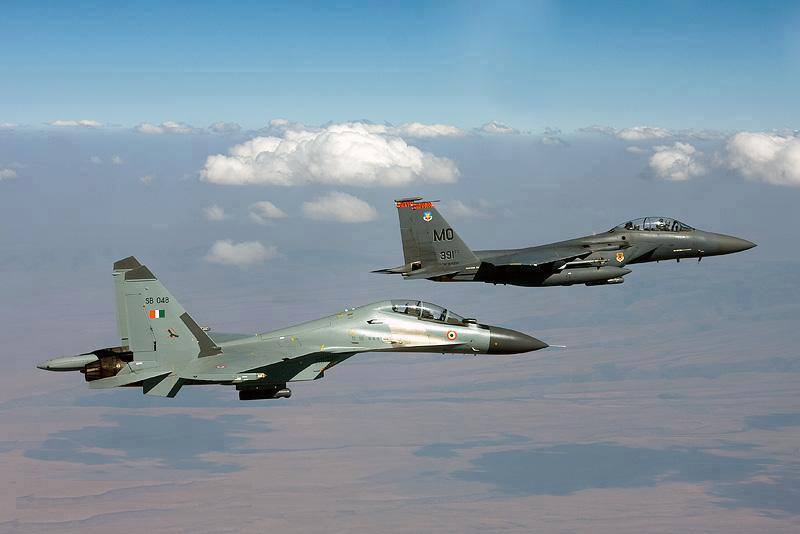 While comparing Western to Eastern technology and fighter jets we cannot skip over two widely compared aircraft: Sukhoi Su-27 “Flanker” and the McDonnell Douglas F-15 “Eagle” (now Boeing F-15 Eagle). In the eastern aviation, world Sukhoi stands for a legend. The Sukhoi design bureau made such successful aircraft as the SU-24 Fencer strike fighter and the SU-27 Flanker series of air superiority fighters. The Sukhoi Su-27 Flanker was the top of Soviet technology at the time of its debut in the mid-80’s. Large but exceptionally agile, it had powerful engines and a big load of weaponry. With the Flanker fighter jet, the Soviet aviation industry made a leap forward in military technology. The Su-27 is a really great aircraft and a huge success of Soviet aviation, not only because it holds 27 absolute records. It is an exceptionally manoeuvrable machine, one of the most agile aircraft ever built. Russians proudly demonstrate it during air shows – the Russian Knights aerobatic team of the Russian Air Force performs with six Su-27.

The Flanker is an extremely nimble aircraft, can be controlled even at very low speeds and high angles of attack. A Cobra (Pugachev’s Cobra) – briefly sustained level flight at a 120° angle of attack – is a dramatic and very demanding manoeuvre usually demonstrated by Su-27 during airshows.

Would you like to try some of those manoeuvres sitting in a cockpit? Well, it’s still possible on another powerful plane MiG-29 Fulcrum. If you are interested click here to get more information. 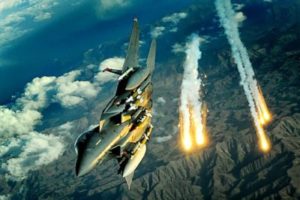 The Russian Su-27 Flanker could easily compete with the United States Air Force F-15 Eagle. Both, the F-15 and the Su-27 Flanker were designed as powerful air superiority fighters. A Flanker performs better than the Eagle in a dogfight, but is the difference that big? Each pilot would probably share a different opinion. The F-15 Eagle is a twin-engine, all-weather, extremely manoeuvrable, tactical fighter aircraft designed by McDonnell Douglas (now Boeing) to gain and maintain air supremacy in aerial combat. It takes place among the most successful modern fighter jets, with over 100 aerial combat victories and no losses in dogfights. The only losses the F-15 fleet faced was due to ground fire. Here is what the F-15s killed during the Gulf War alone, according to the USAF:

Remains to be said that most of these victories took place against 3rd World Countries, with less well-trained pilots, without AWACS support etc. So the F-15 has a huge advantage.

The Su-27, on the other hand, has a kill/loss ratio of 6-0, and two losses due to ground fire. One ground fire loss each was in the Abkazhia War and in the Angolan Civil War, 5 kills in the Ethiopian-Eritrean War and one in the first Chechen War.

The Eagle’s and Flanker’s armament comparison

The F-15 can carry a wide range of air-to-air weaponry. The Eagle can be armed with combinations of AIM-120 advanced medium range air-to-air missiles on its lower fuselage corners, AIM-9L/M Sidewinder or AIM-120 missiles on two pylons under the wings, and an internal 20mm Gatling gun located in the right wing root.

The Sukhoi Su-27 armament includes a single 30 mm Gryazev-Shipunov GSh-30-1 cannon in the starboard wingroot, up to 10 hardpoints for missiles and other weapons. Flanker’s standard missile armament for air-to-air combat is a combination of Vympel R-73 (AA-11 Archer), Vympel R-27 (AA-10 ‘Alamo’) weapons, with extended range and IR guided models. The Flanker has a comparable weapon arsenal to the Eagle in some respects.