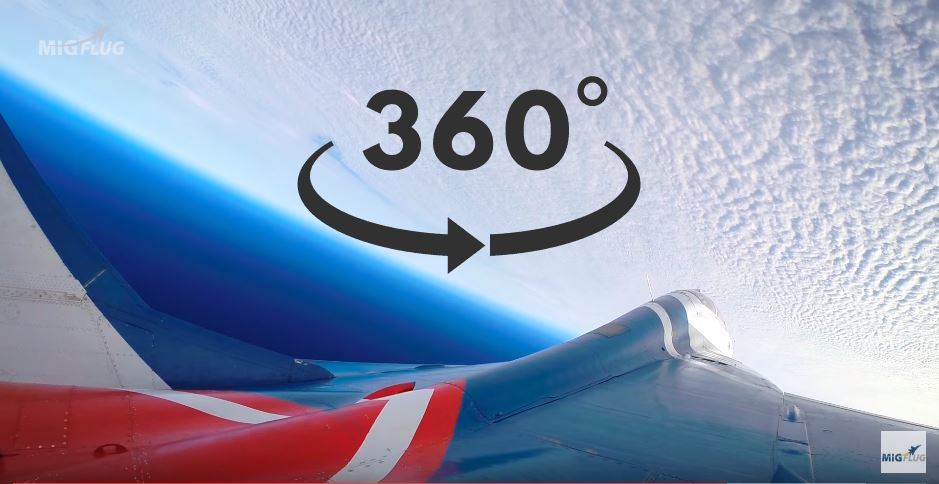 Another crazy project has been achieved. Another camera mounted to the MiG-29’s vertical stabilizers. And it has to stay there despite the crazy G-Forces and speeds during the Edge of Space Flight in the MiG-29 Fulcrum.  This time it is – in addition to the multiangle camera package – a 360° camera. When you turn you can actually see the multiangle camera:

Multiangle camera package at the Edge of Space

The 360° is best to be watched with a VR headset – but it’s also fun with the Youtube app on a smartphone.

Artur Sarkisyan with another MiG-29 video

This video has also been made possible by Russian aviation star videographer Artur Sarkisyan. We already made the multiangle idea possible with him, the camera that can be seen in the image above. Hi also regularly does amazing projects with the Russian knights and Strizhy.

And here is how the camera is mounted to the MiG-29’s vertical stabilizers – and stays there at a top speed of almost twice the speed of sound: