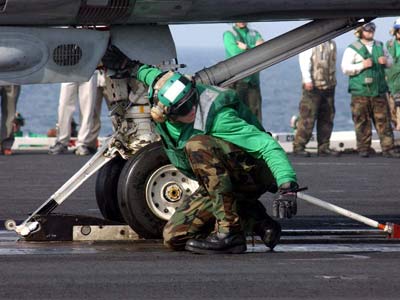 The U.S. Navy is getting ready to launch the first ship-board tests of a new Electromagnetic Aircraft Launch System designed to replace steam catapults and propel fighter jets and other aircraft off the deck of an aircraft carrier, service officials said.

“In June, we’ll start shooting dead loads into the James River. The ship is pointed bow out. It will be the first time in 60-years that we have shot something off a ship using something other than a steam catapult,” said Rear Adm. Thomas Moore, Program Executive Officer, Carriers.

The brand new EMALS system, which uses an electromagnetic field to propel aircraft instead of the steam catapult, is slated for the new Ford-class aircraft carriers. The first EMALS system has been under construction for lots of years aboard the USS Gerald R. Ford, or CVN 78, the first in class of the new carriers expected to be delivered to the Navy next year.

“Two of the four catapults are completely built. The other two are almost built,” Moore said.

On the ship, the below-deck EMALS equipment has been already installed and ready. This includes a series of transformers and rectifiers specially designed to convert and store electrical power through a series of motor generators before brining power to the launch motors on the catapults, Moore explained. 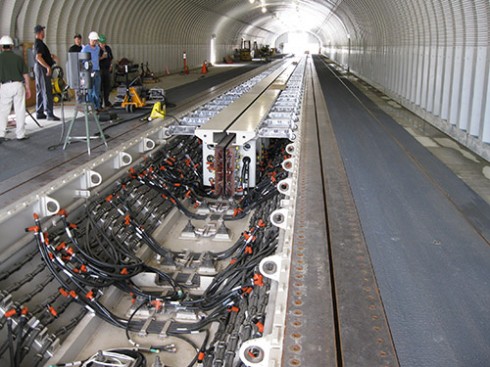 The inside of the EMALS system!

Unlike old steam catapults, which use pressurized steam, a launch valve and a piston to catapult aircraft off the carrier, EMALS uses a precisely determined amount of electrical energy. As a result, EMALS is designed to more smoothly launch aircraft while reducing stress and wear and tear on the airframes themselves, he added.

“By the time the aircraft gets to the catapult it is at the perfect speed. Minimizing stress on the airframe, over time, reduces maintenance,” Moore added.

On the ship, EMALS will be engineered such that any of the ship’s four catapults will be able to withdraw power from any one of the three energy storage groups on the ship, he said. 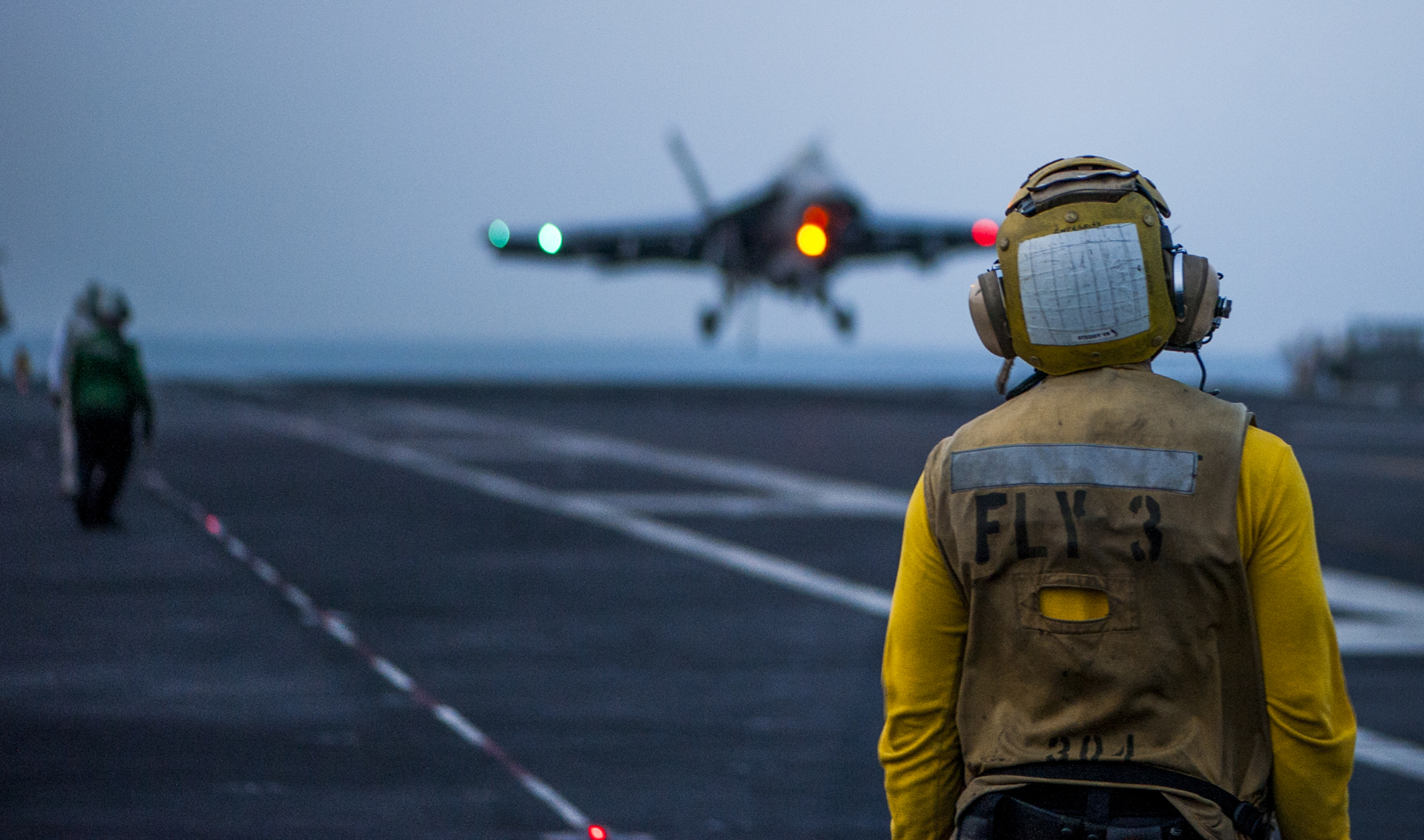 As the catapult troughs for the USS Ford’s EMALS system were being built and integrated with the overall system, the system’s technology has been in the process of extensive testing at a Naval Air Warfare Center facility in Lakehurst, N.J.

“The testing has allowed us to stay ahead of the curve and identify issues in advance of installing it on the rest of the ships,” Moore said.

Ship integration and testing for the EMALS technology will mark a substantial milestone in a program which, until now, has widely been conducting ground-based flight tests at the Navy facility in Lakehurst, N.J., Moore explained.

“As things get connected they will increase the number of tests. The first aircraft launch will be after the ship gets to sea. We’ve conducted 452 aircraft launches and just finished up our second phase of aircraft compatibility testing,” Capt. Jim Donnelly, program manager for aircraft launch and recovery equipment, told Military​.com in a recent interview.

“We’ve been making component deliveries to the ship (USS Ford) in Newport News since 2011. It started early because for EMALS, some of the equipment such as the motor-generators are lower in the ship so they had to be part of the super-lift early on,” Donnelly added. 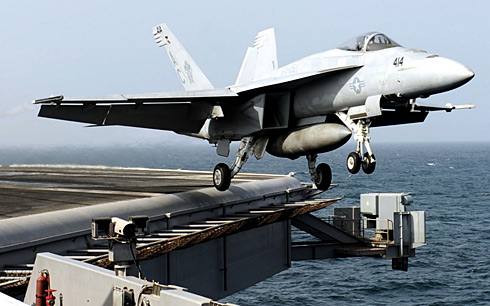 Metal decking is slated to be placed over the trough on the flight deck. Special Cabling and linear induction motor sections have been installed on board the USS Ford already.

The linear motors are engineered to help in creating a sequentially activated rolling magnetic field or wave able to thrust or propel aircraft forward, Donnelly explained.

“It is the same type of technology that you see in a rollercoaster except this one is designed for critical launch reliability. It has to work every time you press the launch button. You are getting an electromagnetic field by turning on linear motor sequentially so we don’t energize the whole field in one shot,” he explained.

The electromagnetic field acts on a large 22-foot long aluminum plate, he added. The aluminium plate runs in between stationary sections of 12-foot long linear motors. Electricity runs swiftly through the two sides of the motors, creating an electromagnetic wave, Donnelly explained.

“The aircraft motors are kicked in at the beginning. There’s a hydraulic piston that pushes a shuttle forward. The shuttle is what connects to the aircraft launch bar,” Donnelly said.

The EMALS system can adjust to different aircraft weights and configurations, Donnelly said.  For example, EMALS is configured such that it could launch a lighter weight aircraft, such as an unmanned aircraft system, he added.

This is particularly useful because the amount of thrust needed to launch an aircraft depends upon a range of interwoven factors to include size, shape and weight of the aircraft, wind speed on the carrier deck and the speed of the aircraft carrier in the water, Donnelly said.

“EMALS better supports the air wing now and in the future. As you may know we’ve changed the make-up of the carrier wing over the years. We’re getting to an air wing that requires higher energy launches and EMALS is much more capable when it comes to higher launch energy requirements,” Donnelly said.

The USS Ford is able to quickly generate 13,800 volts of electrical power, more than three times the 4,160 volts that a Nimitz-class carrier generates, Moore said.

The EMALS system is also engineered to work in tandem with the USS Ford’s new Advanced Arresting Gear, or AAG. Unlike the existing hydraulic system used on current aircraft carriers, AAG is a mechanical electrical system with a cable that spins a water twister, Moore explained.

Similar to the EMALS, the AAG is also designed to reduce stress on the airframe during the landing process, Moore said.