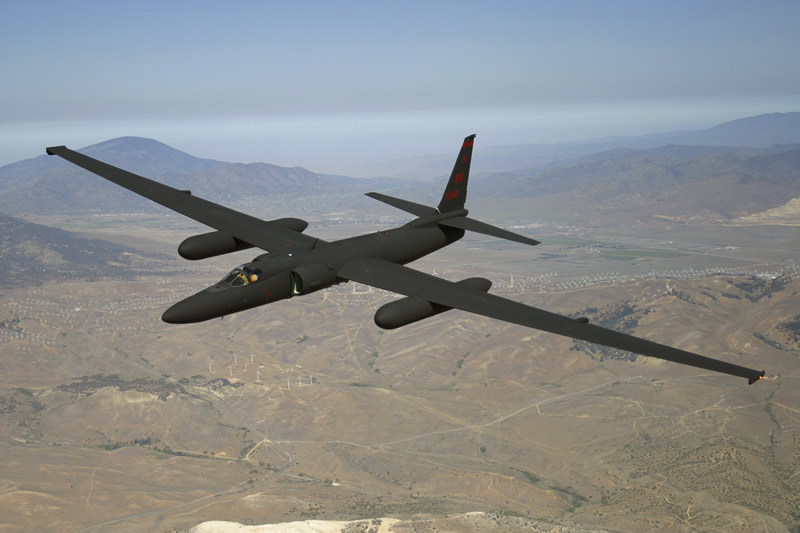 During the 1950s the Americans saw a big need of having a reconnaissance aircraft to spy on the Soviets during the Cold War. They were trying to use old bombers and rebuilt RB-47s to complete the mission but the Russians had heavily improved their anti-aircraft defence systems and interceptors and so these low-altitude aircraft were at great risk of getting shot down. An aircraft capable of high altitude flying was needed, but after the second world war the best aircraft with those properties available to the allies was the English Electric Canberra, capable of flying at only 14,600 meters of altitude. What the Americans needed was an entirely new design built to surveil from an altitude of over 18,300 meters to be safe from soviet interceptors and missiles. The answer – The Lockheed U-2 Dragon Lady.

It had its introduction in 1957 and is actually still in use. This puts it on the list of very few aircraft that has flown with the USAF for more than 50 years. It has a service ceiling of 21,000m and has therefore been very effective when surveilling the Soviet Union, China, Vietnam and Cuba. But how can it be able to fly this high? The answer is its light air frame, large wing span and big engines. The later model, TU-2S,  features the 84.5kN General Electric F118. This might not sound much, but since the whole U-2 only weighs 18.1 tons (max weight) the engine is perfect for its mission. The U-2 can fly for 12 hours without refueling, covering a distance of 10,300 kilometers with a cruise speed of 690 km/h and a max speed of 805. The speed that it had to reach to be able to climb to this altitude (ie the ideal speed) was only 19km/h under its stall speed. This means that if going 19km over the ideal speed the engine would stall, breaking the super fragile aircraft to pieces, and going under the limit would make it drop in altitude to a level where enemy anti-aircraft defences were within firing range. Therefore the pilots called this range of 19km/h the “coffin corner”.

The aircraft is built to be easy to control at high altitudes, but at lower height the air has a higher density and so the U-2 gets very hard to control. It requires a lot of physical strength to steer it at the low altitudes of the runway, and due to its great glider capabilities, it floats over the runway, making the landing extremely hard. Usually there is a chase car and a second U-2 pilot assisting the pilot of the descending U-2 with information such as angle of descent and declining aircraft height. Since these cars need to have high speeds it is actually not any special-built Air Force vehicles but normal Chevrolet Camaros and Ford Mustangs.

A U-2 at touchdown showing its „bicycle“ landing gear.

The U-2’s landing gear is of a rather unusual configuration since it only features two wheels – one in the front and one in the back, making it look like a bicycle. Before taxiing the ground crew installs extra wheels called “pogos” under each wing who are then disconnected from the aircraft right after takeoff to reduce weight. When landing, the wings have a titanium skid at the very tip, protecting the wings from damage. When the aircraft has come to a complete halt, the ground crew once again installs pogos under the wings and begin to taxi the U-2 to its hangar. The rear landing gear is coupled to the rudder and so the pilot can provide some steering during taxiing.

The crew (ie the pilot since the U-2 is a one-seat aircraft) wears a special pressurized suit, just like on the Blackbird, in case of a pressure fall in the cockpit. The pilot can take both drink and food with him in small special containers when having long duration flights however many of the pilots choose not to, and can therefore lose as much as 6 pounds of body weight on a single mission. When the Dragon Lady was new, it was possible to bring a suicide pill when going on a mission, capable of killing you within 15 seconds. The reason was the danger of being shot down and captured flying over the USSR or Eastern Europe. However after an incident when a pilot almost swallowed his pill due to its resemblance to a piece of candy, it was removed.

50 years of U-2 development

As you would expect of an aircraft that has been in service for more than 50 years, there has been a wide variety of models and improvements of the Dragon Lady. Some of the most important improvements with their new designations are displayed in the table below:

A Dragon Lady without underwing pods indicating that it is a U-2H (not showed in table) or earlier.

End of the Lockheed U-2 Dragon Lady 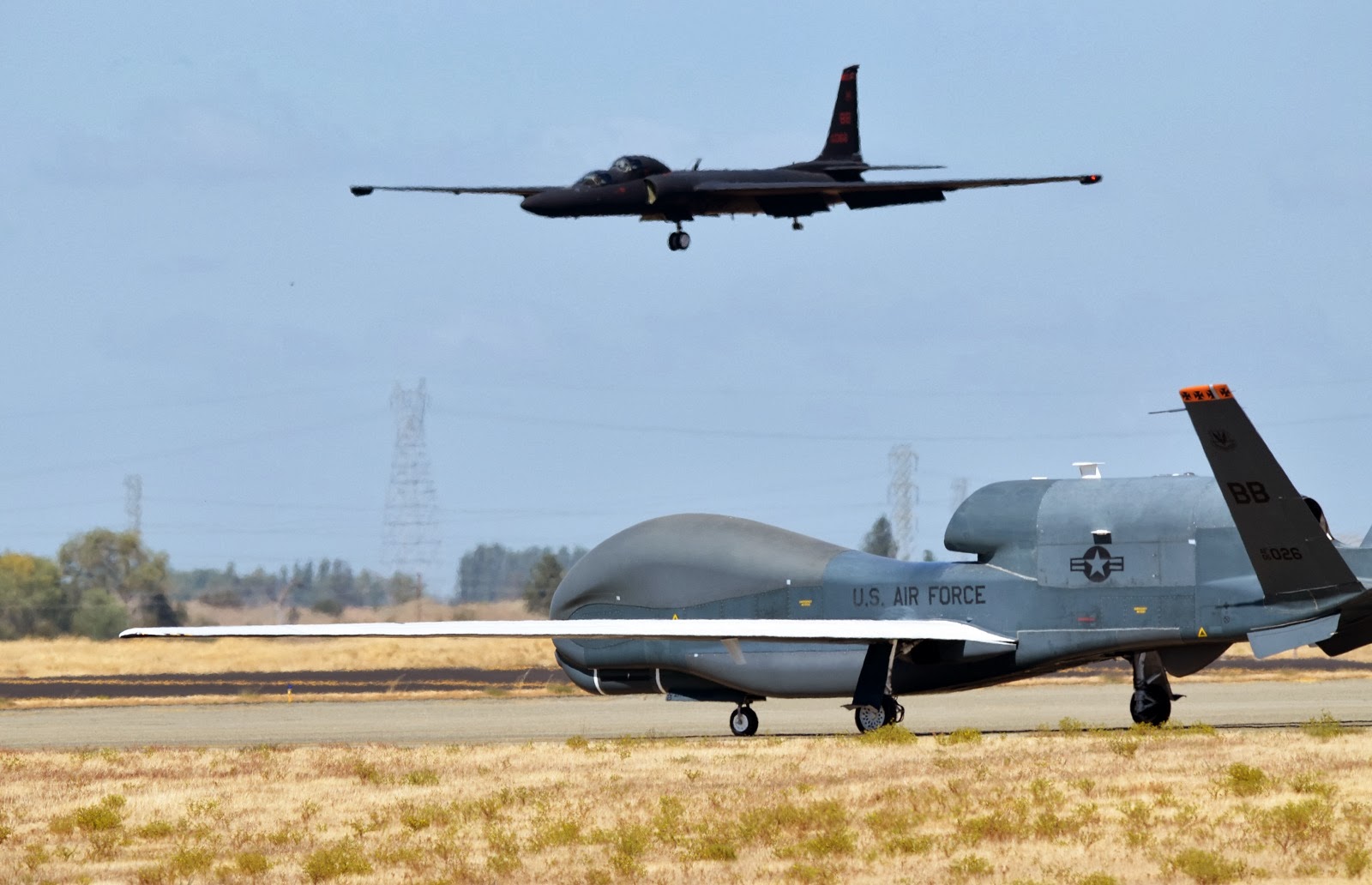 The competitors – A RQ-4 Global hawk (front) together with a two-seat U-2 (back).

As you can see the Dragon Lady was a beast at its introduction and is still a great aircraft that has served with the USAF as well as with NASA and CIA. It was a lifesaver for American intelligence gathering services during the Cold War and made it possible for the Americans to spy on the Russians well out of range of anti-aircraft defence. But as with all great inventions there will come something greater eventually. To the U-2 that might be the Northrop Grumman RQ-4 Global Hawk. The Global Hawk is an UAV (Unmanned Aerial Vehicle) which has a service ceiling of 18,000 meters and can stay in the air for 28 hours. This change, which was made public in 2001, is to start taking place in 2016. However some politicians have made complaints about this as they claim that the U-2 will still be more cost-efficient than the RQ-4.