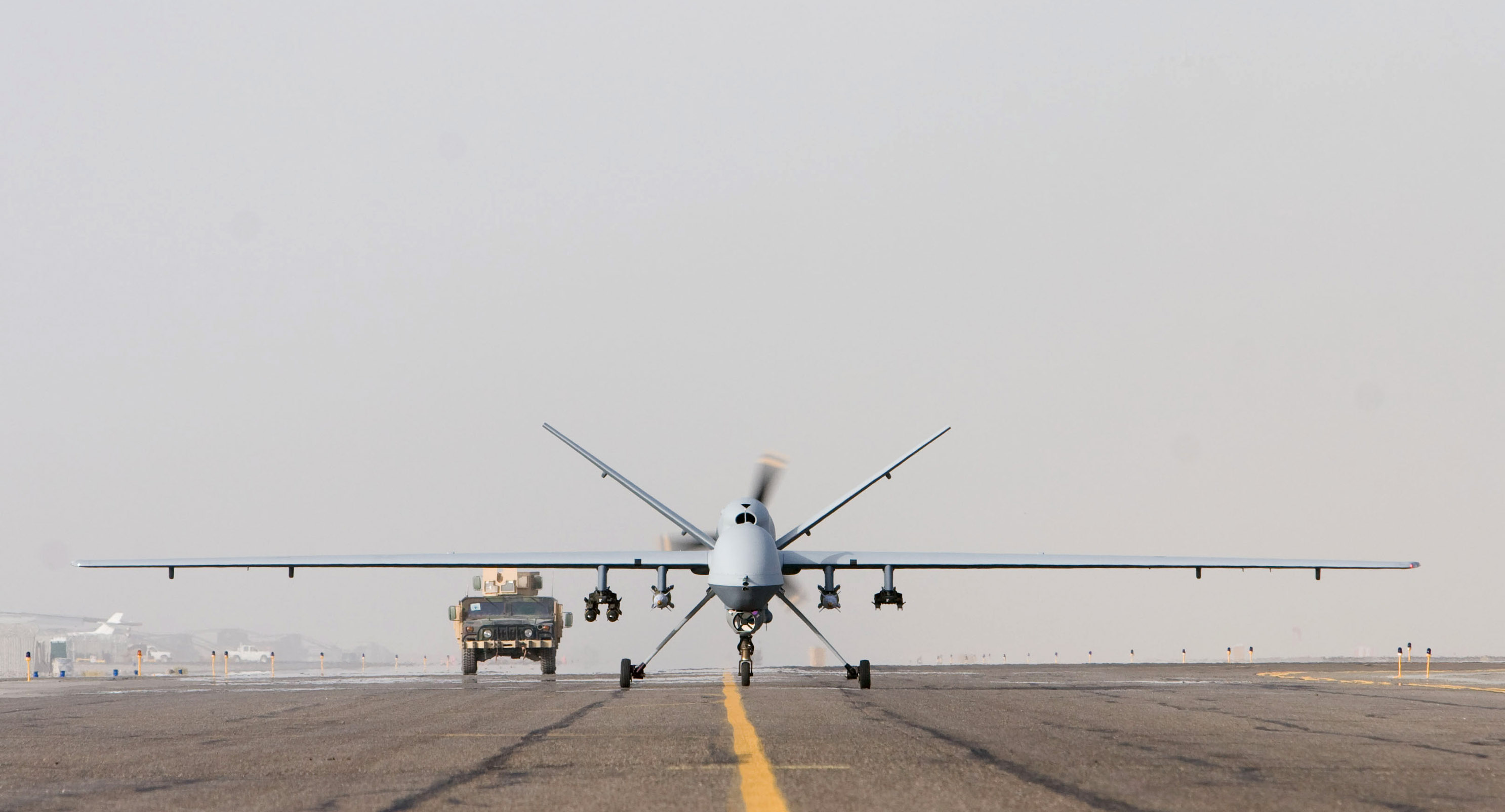 There are a lot of very capable military forces in the world. You may think that the two greatest (biggest in terms of forces, not budget) ones should have very common features that have made them so very successful, but that is not it. Not at all. The US and Russian armies have focused and aimed completely different and are therefore, today in 2014, not the same in almost any aspect! In this article we will reflect over and list the differences in the aircraft from both Navies, Air Forces and Armies from the world’s biggest military countries – Russia and the United States. 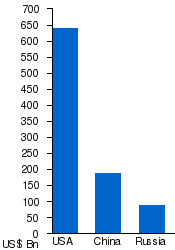 Military spendings per year by the US, China and Russia in billion dollars (2013)

If we start at the top of the table we see that there is an enormous difference in number of aircraft. This is simply because the US spends so much more money than Russia on its military forces. The United States of America spend about $640 billion while Russia spends a mere $78 billion each year. There are many reasons why the US has such a big military budget. The economic strength, the conflicts they are involved in, especially with the “War on Terror”. That costs a lot of money, for instance in Iraq and Afghanistan. The second reason is that they have such a bigger GDP, the US spends 2.4% of their yearly income while Russia spends over 4%! The last reason is that they have a military complex of always being the top producer and always having the latest technology – they were first with both stealth aircraft and aircraft carriers for example.

Same area but still so different

An interesting thing is that Russia has a much different structure of its aircraft than the US. Russia has put (almost) all of their aircraft under the term “air force” and so it is their air force that takes care of their airplanes while the US has done completely different. America has instead divided its airplanes into different groups and so every department has their own aircraft, for instance the navy, army, marines and air force. In terms of comparison this makes a huge impact because the inventory of US Air Force’s aircraft compared to all of its military aircraft is very big, for instance there is a tremendous difference in the difference in attack helicopters (488 compared to 0), while Russia does not have a big difference at all between aircraft of the air force and total air fleet.

The reason for why the United States has almost three times as many fighters than Russia is mailbecause of their budget differences. The fighter department of the USAF takes up a huge part of the military budget and is so capable of keeping and building new fighter jets all the time. Russia is doing its best with its small budget and manages well, mainly because they upgrade and keep old aircraft instead of buying new.

The SIkorsky UH-60 Black Hawk is the most used US utility helicopter.

Note: The countries are involved to different degrees in these conflicts, this could be supporting a side with weapons and know how, for example.

Drones are the future

The last part i am going to bring up in this article are UAVs. As i said previously the United States of America wants their military to be the most advanced one in all aspects. That is why they are spending such tremendous amounts on drones that are currently used as surveillance in conflicts such as the one in Afghanistan and as replacements for old aircraft such as the manned reconnaissance Lockheed Martin U-2. Russia also has drones but they are less developed and currently there is no data of how many they are actually operating. The Reason for why Russia has fewer drones is that due to their (relatively) small budget they choose to spend money on things that they know work, for instance their famous Mi Mil helicopters and Sukhoi aircraft.

Now we have gone over the main differences in Air Forces between two of the biggest military powers in the world. However to be able to see the whole picture of how strong the military are of these countries compared to each other it is important to also think of their naval fleet and ground troops. That will be covered in an article coming soon, stay tuned! One last thing to be said is that with the fast increase in India’s and China’s military spending and new stealth fighters (such as the Russian Suchoi T-50 PAK FA) and other technologies, the balance of power might be rebalanced soon – only time will tell.

How the Russians see it: