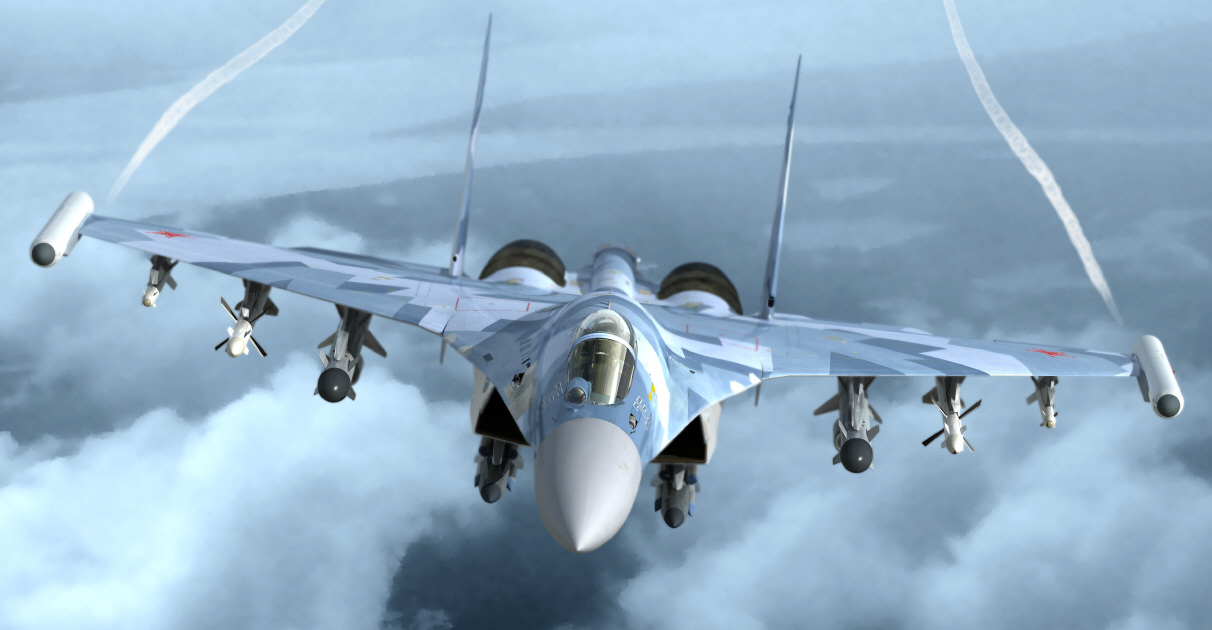 Let’s start with a little bit of heroic (maybe slightly biased) videos from both sides. The Americans are further down.

The US Air Force has since the end of the second world war been regarded as the supreme air force of the world, but with its increased spending in the middle east and the Russian military budget having increased a lot over the last two decades, how does the air forces look compared to each other? In this article, we will take a look into the two biggest air forces in the world: USAF and Russia’s Air Force!

(Notice: The table only shows vehicles of the Air Force. Navy, Army etc not included, to read about the air forces of all of these departments, read this article: US and Russian military aircraft  – full comparison)

US and Russia defence spending

Now, what can we deduce from the table? Well, first of all, we can obviously see that the US has more aircraft overall, actually more than double the amount of Russia. But why is there such a huge difference? One of the reasons is the military budget. To show this I have here a graph showing the military spending of Russia and the US over the last 22 years.

Even though the graph does not exclusively show the air forces‘ spending it does show the amount of money that the US and Russia have spent on their military the last couple of years. This gives us an understanding of how much more money the US military budget consists of and is a vital ingredient to why their air force is the biggest one in the world.

The real differences in strength 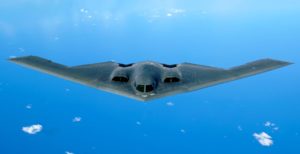 But even though the United States spends more money on its air force than Russia there are a lot of things to contrast between the two. For instance, the fact that Russia has more bombers than the US is rather interesting. One of the main reasons for this is that Russia has many old bombers still in service that are cheap, instead of spending their money on new, costly projects to create the „bombers of tomorrow“. Russia’s main bombers are still the Tupolev 95(Introduced in 1956), Tupolev 160 (introduced in 1981) and the Tupolev 22M (introduced in 1972). Even though many of them have been upgraded since they came in service, the cost can not be compared to both the development cost as well as the unit cost of some of the extreme US projects like the Northrop Grumman B-2 Spirit bomber. As an example, the unit cost of a Tupolev 160 is about $40mill while the one of the Northrop Grumman B-2 is over $2 billion each (unit cost USD 737m – total program cost as of 2004 USD 44.75b with only 21 aircraft produced).

The same idea goes with the fighters but here the US really flexes its muscles by having not only more but also more expensive jet fighters than Russia has. The most recent US multirole fighter is the Lockheed Martin F-35 Lightning II (first flight 2006) and the Russian is the Sukhoi-35 (2008). While the cost of the F-35 is around $125 mill, the Su-35 only cost $50 mill. So the fact that the USAF has more expensive and at the same time almost the double amount of jets than Russia has, could explain why the United State’s military budget is so comparatively high Look at the table below for more information about the different concepts of the air forces.

Early Warning aircraft, or as many call it “Eyes in the sky” are aircraft with the capability to scan the area around itself looking for incoming aircraft, like a mobile radar station. Since you usually have permanent radar stations on the ground, the early warning aircraft is only (almost) used with aircraft carriers and amphibious warfare ships. Because the US has 19 aircraft carriers compared to Russia’s only one, and 31 amphibious warfare ships in contrast to Russia’s two there is an obvious reason to why the US’s need of AEWACs is much greater than Russia’s currently is.

Transports and tankers are used by all nations, but they are obviously not used as much if the country uses a big part of its military force as a defence as if it operates a lot in another country or on another continent. Because the US maintains a world-spanning network of military bases, protects trade routes worldwide and with the operations in Afghanistan and Iraq, they need to transport their troops and supplies great distances, which is why they have such a bigger number of transports and tankers than Russia has.

Trainers are used as can be easily figured to train pilots. There is basically only one reason why the US Air Force has so many more training aeroplanes: the extreme amount of personnel. The Russian air force has approximately 140 000 persons involved at the moment, while the USAF has almost 700 000! This means that the latter has to train a lot more persons and therefore needs a lot more training jets. 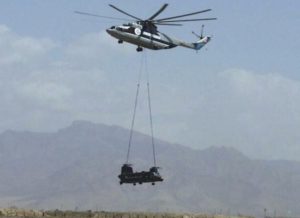 When we now come to the rotary wing aircraft the reason to why the two countries have such big differences are mainly two things. The first one is that the United States use most of their helicopters as a part of the navy/army and the second one is that Russia has put much more effort and money in their helicopter business which is proven for instance by the world’s heaviest lifting helicopter – the Russian Mi Mil 26.

Now to conclude this comparison there are some things that are needed to be said. The USAF spend such enormous amounts on their military each year that it is almost impossible to compare it with another country. But since Russia has the second greatest air force in the world there can be some conclusions drawn of how the air forces compare to each other as can be seen above. USAF’s idea is to develop aeroplanes that cost a lot, while Russia instead focuses on making many cheap aircraft, just like Josef Stalin’s famous quote (some say it was actually used by Lenin before):

Quantity has a quality all its own.

This is a comparison made not to show the „best“ air force but instead to point out what the countries have spent their money and time on and how this has shaped them into what they are today, and how surprisingly different they are when you look deeply into it.