What exactly is a fighter jock? 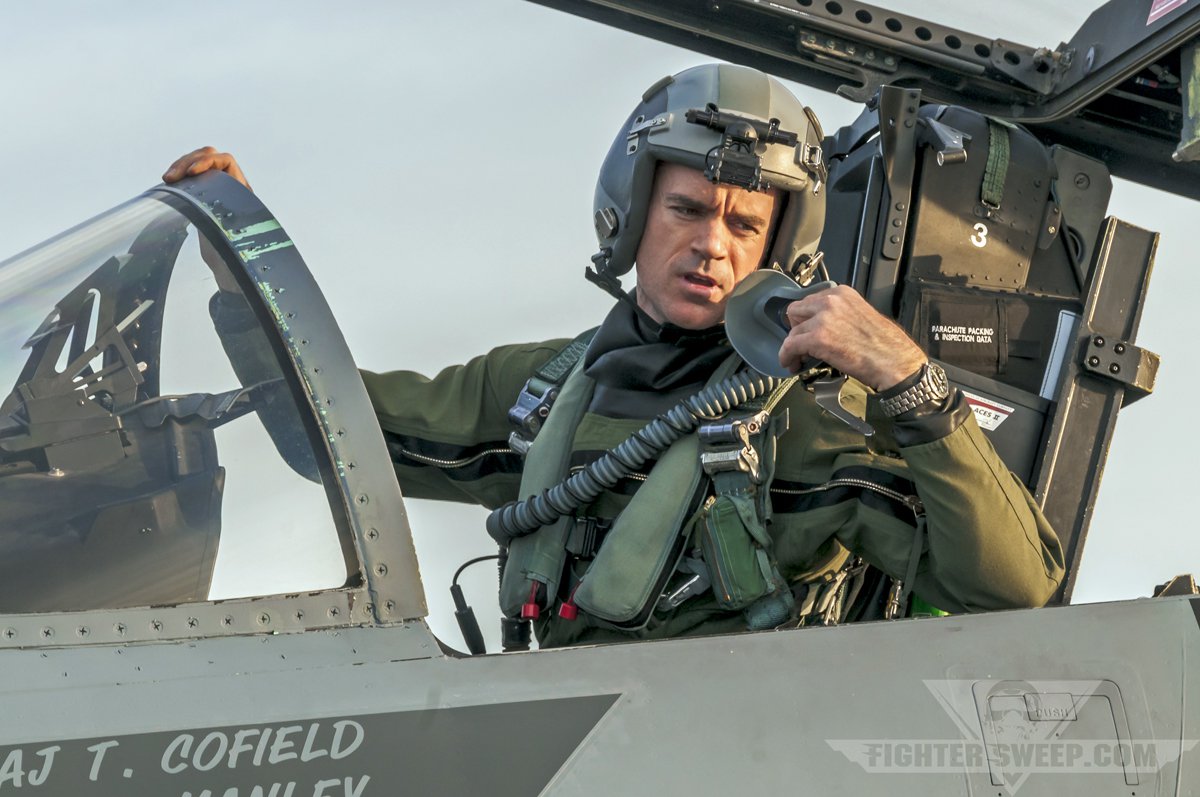 A fighter jock (Pilot) is quite an abnormal phenomenon. He would have a weird fascination for flying boots, money gambling, cigars (bigger meaning better), and breaking simple glasses. A typical pilot likes flying single stick fighters only, especially gunnery, aerobatics, and cross countries.

He has a huge closeness for women and booze. He is usually located in luxurious cars, sometimes sports cars, at parties, or happy hour. His typical habitat (while down on the ground) is the Land of the Bearded Clam, Europe, and/or specific parts of the Orient. He likes Steve Canyon, to read Snoopy, eat steaks, and tell dirty jokes. A pilot’s favorite hiding place would generally be in dark cool bars or behind a pair of dark and tinted glasses. Typically he’d be careless of practically everything. To keep himself entertained he may decide to fire practice flares from mobile control, pour drinks right down an over-exposed décolleté, throw empty beer cans (Pointless in his case) through the B.O.Q. corridors, or become generally obnoxious. His favorite conversation revolves about a continuous chatter concerning flying, booze, or attractive women (the order of priority is irrelevant, apparently). 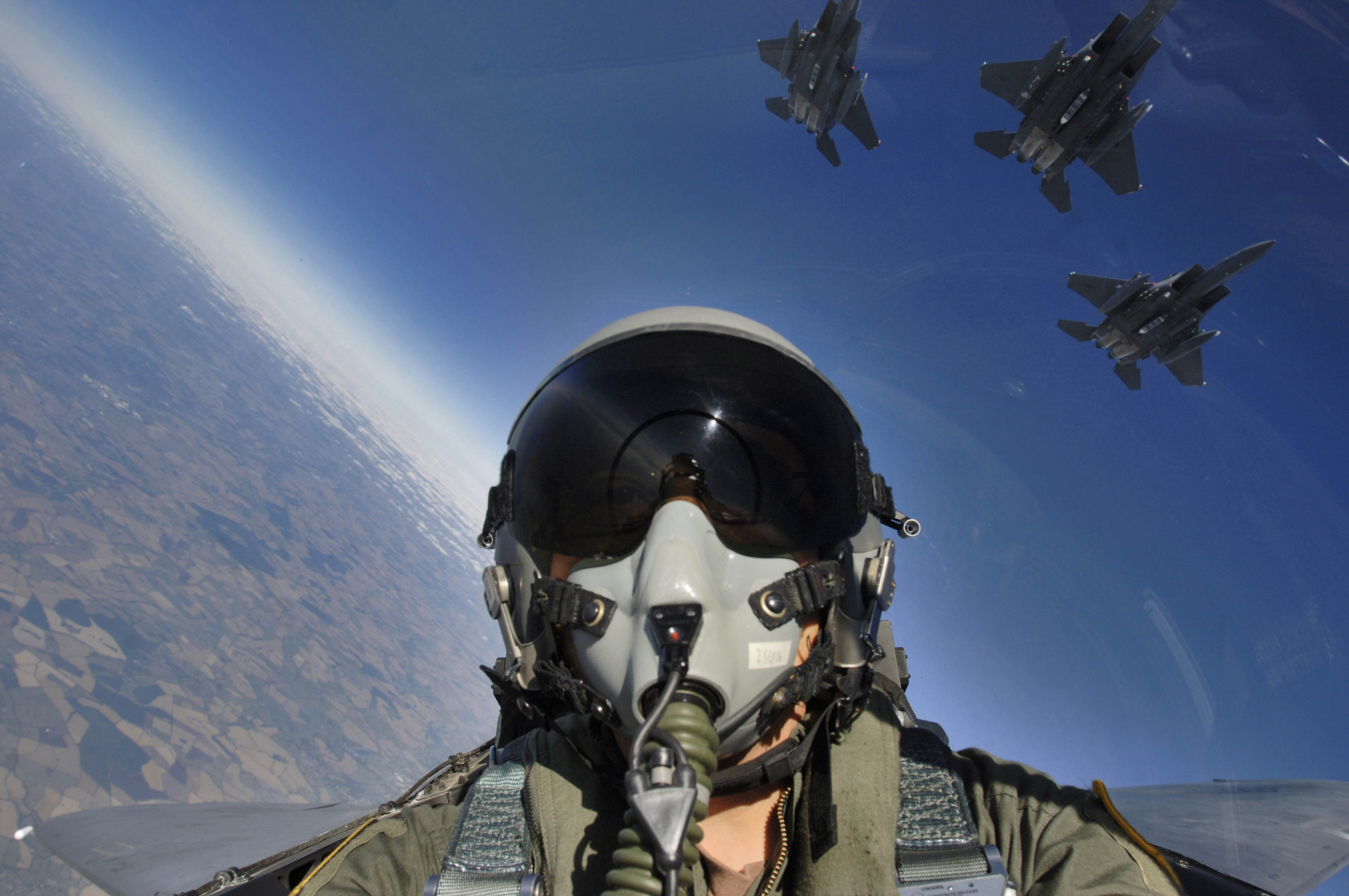 He has a strong dislike for the endless survival training around the globe, bomber pilots (or most other pilots, for that matter, or rivalry if you get straight to the point), mobile control, AO duty and extended alerts. He tolerates ankle biters and house apes and has an immense hatred for bingo. Whenever he is allowed he avoids ugly weather (Sometimes even when he really isn’t allowed), icy runways, lost communications, flame-outs, and ejections. Sea water makes him utterly sick (unless frozen and surrounded by scotch) and he would totally rather face a fully equipped and firing squad than be caught pushing a baby-buggy or carrying an umbrella. At the mention of matrimony, he becomes a catatonic schizophrenic and has a mysterious distaste for wearing a wedding band. He has the nerves of a fully metal build robot, the braveness and courage of Dennis the Menace, the lungs of a platoon sergeant, the strength of an atomic bomb and the imagination of a science fiction writer. He is glib as a diplomat, impervious to suggestion and is a paragon of wisdom with a wealth of unsorted, completely unrelated and irrelevant facts. He wears the largest watch he can find, has the shortest staying power, and is always trying to get laid on credit. When he tries to create an impression, either his brain turns in to pure mud or he becomes a savage, sadistic jungle creature bent on demolishing and totally destroying the world and himself with it.

Who else can completely stuff into a single flying suit: checklists, maps, Zeus openers, more checklists, a dime novel, guns, knives, flares and snares, nylon cording, a handkerchief, assorted inhalers, aspirin, cigarettes, a torch, another set of checklists, pencils, pens, gloves, a deck of cards, coded telephone numbers, a wallet, keys, his horoscope, a talisman, a St. Christopher medallion, yet another set of different checklists, and a chunk of an unknown substance, a lot of it.

At home with his wife he is docile, sweet, tender, loving, amiable, gentle, just a hell of a nice guy to have around the house, straight arrow all the way, exception when they’re fighting, then he becomes a beast, which you’d not want to see, who is tyrannical, suspicious, diabolical, and a masochistic sex devil who just doesn’t have no couth (these symptoms may also appear after beer break).

As a father he is tough, but oh so gentle, kind, positive, just, protective, farsighted, ambitious, and really proud of that young to be fighter pilot (He’ll never really admit it, and it’s never displayed in public, but that goes for his little girl, too).

In the air he is calculating and confident. His manly voice, gruff and steely cool (an acquired characteristic regardless of how he feels, happy or sad, tired or active, excited or not), pierces the garbled waves, barking terse commands, a reason why he gets the women. On the hunt he becomes part monster, scans with the eyes of a falcon, has the reflexes and reaction of a cat, the instincts of a barracuda, the cunning of a fox, and the capability to rotate his head three hundred sixty degrees, on every axis. When strategically approaching the target, mind and metal fuse, spawning a killer-child. Destruction is promised and precise as Euclidean geometry. Steel and fire split the icy cold atmosphere, swift and merciless, he says in his private moment of truth.

After the mission he is tired, dirty, thirsty, and bedraggled. In fact, if you notice, after they arrive, he walks with his legs crossed to the nearest toilet (or empties out his g-suit), and then straight to the bus. Hair matted with helmet rat snarls and mask scars etched on a red, raw face, he knows he has bid and destroyed the grim reaper. And then with the oily odor of JP4 clinging to a salt-encrusted zipper-ripper, he’ll unleash that shiny-eyed smile which says, “Let’s press on to the `O’ Club and inhale a few tall frosty ones; whereupon he miraculously regenerates into a critical mass and a flurry of hands, arms, legs, and body language stuns his alcoholic cohorts with tales of “hairy” deeds.

The pilot is magic, a master imposter, Houdini with the top of his blouse unbuttoned. At times he’s old, at others young, immature yet sage. The Jock is instant fear and lasting bravery. Hovers between play and business, and can make your date disappear right before your eyes. He is present, past, and future rolled and merged into one. But most of all, he’s got wings, with a throttle in his left hand and the stick in his right, shackled to a million-dollar blowtorch and always prepared to get the maximum out of every minute of every hour of every day.