Fear of Flying and Tips to Overcome 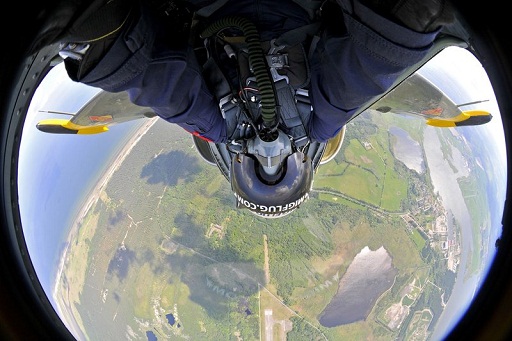 Why do some people fear flying more than others? Truth is, there are a number of triggers that can cause a fear of flying. In some ways, the fear of flying is similar to other fears like a fear of guns, tigers and alligators. These are rational fears while an irrational fear involves things that are not truly dangerous. For example, a lot of people fear spiders even if they are not poisonous.

Unlike the fear of spiders where there is a term called arachnophobia, the “fear of flying” has kept the same terminology because no one could think of a better name. When referencing the Diagnostic and Statistical Manual of Mental Disorders, it defines these phobias as anything that represents irrational or unreasonable fear to specific situations or objects. Because of that, you can’t technically call it aviophobia or aerophobia because these describe fearing drafts of air.

People fear flying for any number of reasons, and it can be a rational reason or irrational. For example, a rational cause might be due to a reaction from what happened in the 9/11 attacks. When these events struck, fewer people were buying airline tickets for long distances. Another rational reason relates to how some airlines have a lower safety record, and they have experienced more crashes. These are more rational reasons, and they will often confirm a person’s fear of flying. Alex Preston once wrote how flying has become a magnet to our vulnerability. We fear it because we fear death, and it brings up our existential panic. While there are relatively few crashes, every incident where there is one reminds us of how unnatural flying feels to humans.

Captain Tom Bunn, a therapist, has spent over 30 years trying to treat this difficult phobia, and he believes that there are different triggers that cause it. For example, flying can trigger what we felt in childhood like being powerless, alone and unable to escape. You also have other strains of thinking and phobia that can cause a>fear of flying. For example, claustrophobia, agoraphobia and acrophobia have all been cited as the potential causes of panicking while flying. Truth is, only one in 45,000,000 flights will lead to a fatality. Captain Tom Bunn has termed this as a triumph of imagination over reason, and it shows us that, ultimately, the fear of flying comes from within our own mind. If you dwell on a certain thought, the mind will take those ideas and project them into a fear of flying, but it doesn’t have to be that way. Facing your fear is often the best way to overcome it.