Strangest and weirdest planes on earth

There are many wild designs with aircraft ranging from flying saucers to planes that take off vertically.

The Avrocar was a conceptual vertical take off and landing (VTOL) aircraft built by Canadian company Avro in 1958 for the US Air Force. Wingless: M2-F1 lifting body in towed flight, it was the first of five designs of lifting body, in which aerodynamic lift is derived from the shape of the fuselage rather than from wings Remote: The HiMAT (Highly Maneuverable Aircraft Technology) experimental aircraft built by Rockwell in 1979 for NASA and the US Air Force, It was a scaled down remotely operated aircraft built to explore new technology for future fighter aircraft Look ma, no tail! The McDonell Douglas X-36 aircraft, scale model prototype jet aircraft built to test the flying ability of a tail-less aircraft which was built in 1997 and was operated remotely from the ground Lopsided: The AD-1 oblique wing aircraft built in 1979 by Ames Industrial for NASA. The AD-1 could pivot its entire wingspan from zero to 60 degrees during flight Rotating wing: The Vertol VZ-2 aircraft, this aircraft was a tilt-wing VTOL (vertical take-off and landing), on a runway, this aircraft first flew on 13 August 1957, and was retired in 1965 in Virginia The Russian-built Mil V-12 is the world’s largest helicopter, at a stunning 28 metres in length and 4.4 metres in width and height.

This saucer-shaped craft is just one out of a good number of weird-and-wonderful experimental aircraft.

Many of these once state-of-the-art oddities were built without the help of advanced computing technology and sophisticated wind tunnel modelling that engineers use to create today’s aeroplanes.

While most were noble failures or never made it beyond the prototype stage, they nevertheless helped push forward the possibilities of the technology. 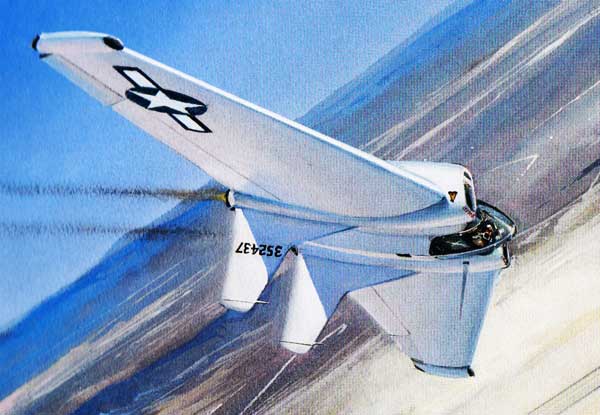 Weird-looking: The Northrop XP-79B flying wing aircraft, built in 1945 by Jack Northrop for the US Army; It was designed as a flying wing fighter aircraft powered by two jet engines The X-48B Blended Wing Body aircraft model – prototype, a cross between a conventional plane and a flying wing design, was created based on a need for a multi-role, long-range and high-capacity military transport aircraft

Futuristic look – The NASA Hyper III aircraft was built in 1969 as part of the lifting body program Lifting body aircraft had short, bulbous or curved fuselages and featured minimal wings or were wingless The Vought V-173 built in 1942 for the US Navy. The semi-circular all-wing design earned it the nick-name of flying pancake. The compact design made the V-172 structurally strong, offered high manoeuvrability and could fly at very slow speeds Top Gun Pilot Jerauld Gentry standing in front of the HL-10. This was one of a series of experimental space re-entry aircraft known as lifting body designs. The design increased the aerodynamic capabilities of the aircraft.

The US Air Force had more success with the Ryan X-13 Vertijet, a prototype jet fighter that did actually takeoff vertically, fly horizontally, then land vertically. Buzzy bee: Vertol VZ-2 aircraft, this aircraft was a tilt-wing VTOL. This aircraft first flew on 13 August 1957, and was retired in 1965 in Virginia. The wings are designed to tilt to allow the rotors to lift the aircraft the way they would on a helicopter Red star: The Su-47 Berkut is an experimental fighter jet built by Russian company Sukhoi in 1997, it features a pair of fixed wings that sweep forwards. The high lift-to-drag ratio of the wing design provides enhanced manoeuvrability at supersonic speeds 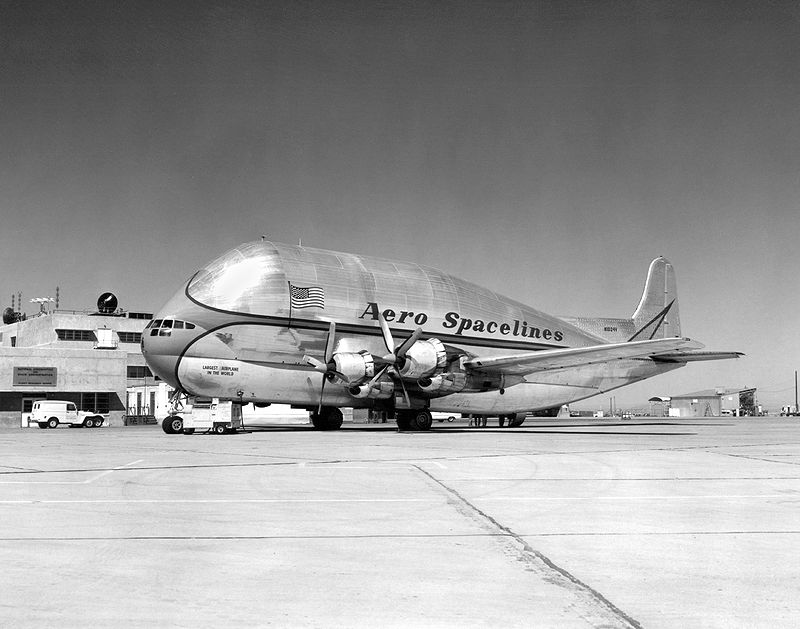 However, not all of these cutting-edge craft were destined to be consigned to the dustbin of history.

The enormous Super Guppy Turbine cargo plane has been flown since 1980 and was acquired by NASA in 1997.

It was nicknamed ‚the pregnant Guppy‘ by engineers due to its bulbous shape – created by bolting an entirely new fuselage on top of an existing plane.

According to NASA, the supersized aircraft, designed to carry large loads such as other aircraft and space station components, continues to attract amazement wherever it flies. To the point: The Douglas X-3 Stiletto experimental jet aircraft built in 1952 for the US Air Force, It featured a narrow fuselage, tiny wings and a long tapered nose making it the sleekest aircraft for its time X marks the spot: The X-Wing was an experimental hybrid helicopter/fixed wing aircraft built in 1986 by helicopter maker Sikorsky for NASA. It could fly with or without rotor blades which would act as an additional pair of wings Part plane, part rocket: The Ryan X-13 Vertijet, built by Ryan Aeronautical in 1955 for the US Air Force, would take off vertically, fly horizontally and land vertically

The habit of buzzing photographers