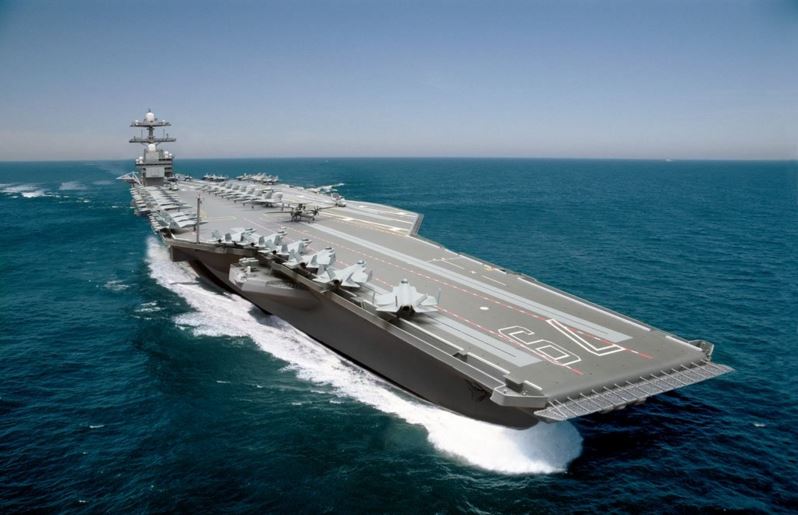 You think the most expensive Yacht – owned by Russian billionaire Roman Abramovichs – the „Eclipse“ is expensive?  With 70 crew members, two helipads and an own submarine, it is estimated at $450m up to $1.5 billion. Well yes, it is expensive, but nowhere close to what the newest US Navy aircraft carrier costs.

Abramovichs Eclipse. By the way, it also contains its own private defense system designed to detect intruders and paparazzi. If you try to take pictures, the Eclipse uses top modern light technology to block you.

The newest Aircraft Carrier, also known as CVN 78, costs the tax payer more than $13 billion – a lot to do for the IRS! Let’s hope it is worth that expenses. The USS Gerald Ford and future Ford aircraft carriers have a few new things – so we are curious how they will do once they hit the sea in early 2016.

One of the new things is that the Ford class carrier is generating three times the electrical power. Which allows it to move away from the very old steam catapult technology, to a cutting-edge electro-magnetic catapult technology – the so called Electro-Magnetic Aircraft Launch System (EMALS). And this is how they look (test run):

This is a very important new upgrade, as it is estimated to increase the daily launch capacity of the Ford by 25%, compared to Nimitz class carriers.

And, there is one more thing (sorry Steve) – the increased electrical capacity can also be used for rail guns. Never heard of rail guns? That’s this insane thing here:

Reuters wrote about it:

The U.S. Navy is planning sea trials for a weapon that can fire a low-cost, 23-pound (10-kg) projectile at seven times the speed of sound using electromagnetic energy, a “Star Wars” technology that will make enemies think twice, the Navy’s research chief said.

And as we all like photos – here some more.