Throughout the Cold War the Soviet Union and the United States were constantly trying to check each other’s military power. This drive for each country to outdo the other led to some truly bizarre pieces of military hardware. The Bartini Beriev VVA-14 Vertikal`no-Vzletayuschaya Amphibia (vertical take-off amphibious aircraft) was developed in the Soviet Union during the 1970s.

Designed to be able to take-off from the water and fly at high speed over long distances, it was to make true flights at high altitude, but also have the capability of ‘flying’ efficiently just above the sea surface, using ground effect.  After extensive research, including the development of the small prototype Be-1 wing in ground effect aircraft, the first Bartini BerievVVA-14 prototype was completed in 1972. Its first flight was from a conventional runway on 4 September 1972. In 1974 the inflatable pontoons were installed, though their operation caused many problems. Flotation and water taxi tests followed, culminating in the start of flight testing of the amphibious aircraft on 11 June 1975. The VVA-14 was designed by Robert Bartini in answer to a perceived requirement by the Russians to destroy United States Navy Polaris missile submarines. The aircraft needs just THREE persons crew, which is very little for the gigantic aircraft! 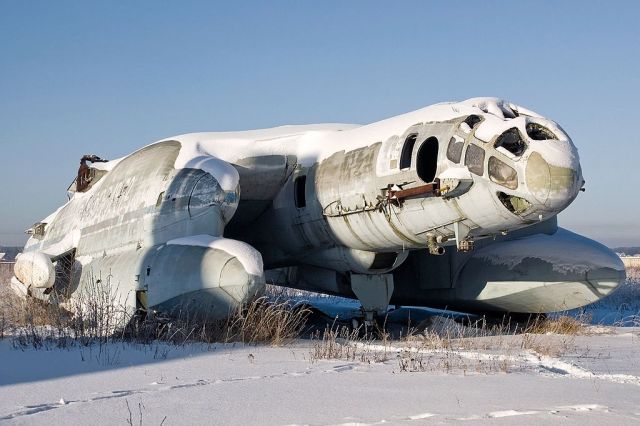 Bartini, in joint collaboration with the Beriev Design Bureau intended to develop the prototype VVA-14 in three phases. The VVA-14M1 was to be an aerodynamics and technology test-bed, initially with rigid and robust pontoons on the ends of the central wing section, and later with these replaced by inflatable pontoons. In 1974 the inflatable pontoons were installed, though their operation caused many problems. Flotation and water taxi tests followed, culminating in the start of flight testing of the amphibious aircraft on 11 June 1975.

The VVA-14M2 was to be more advanced, with two starting engines to blast into the cavity under the wing to give lift and later with a battery of lift engines to give VTOL capability, and with fly-by-wire flight controls.

The VVA-14M3 would see the VTOL vehicle fully equipped with armament and with the Burevestnik computerised ASW (anti-submarine warfare) system, Bor-1 MAD (magnetic anomaly detector) and other operational equipment.

In 1974 the inflatable pontoons were installed, though their operation caused many problems. Flotation and water taxi tests followed, culminating in the start of flight testing of the amphibious aircraft on 11 June 1975.

After Bartini’s death in 1974, the project began to slow down gradually and eventually drew to a complete stop, after years of getting faded out, the aircraft having conducted 107 flights, with a total flight time of 103 hours. The only remaining VVA-14, No. 19172, was retired to the Russian Federation Central Air Force Museum, Monino in 1987. The aircraft still resides at the museum in a dismantled state, where it carries the number ‘10687’ and ‘Aeroflot’. 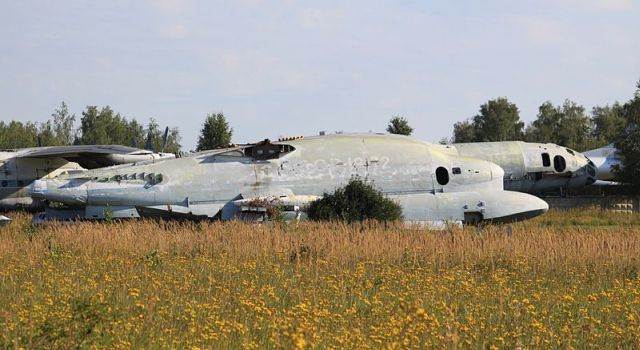 The VVA-14 first flight was held on September 4, 1972. It was tested by pilot Yu. Kupriyanov and navigator L. Kusnetsov. In 1975 the test program was completed, the plane performed 107 flights with a total flight time 103 hours.

The side sections are intended to fix horizontal and vertical tail, floats and main units of tricycle wheeled landing gear. The removable wing portions have slats, slotted flaps, and ailerons. The tail is provided with elevators and rudders.

Design, test and production of a LG pneumatic retractable floats was a complicated problem. It was solved only two years after the first plane’s flight.

The “Burevestnik” search-and-aim system was especially developed to let the crew detect, track, and destroy hostile submarines with high accuracy. The “Bor-1” airborne search magnitometer, radio sonobuoys and weapons automatic release mechanism, flight-and-navigation system operate jointly with this search-and-aim system. Crew members (a pilot, navigator and operator) are accommodated in ejection cockpit capsule that provide the possibility to save the crew in all flight attitudes and to stay for long time in it after landing to the ground or water. The third copy of the plane is supposed to use for the ejection cockpit capsule testing.