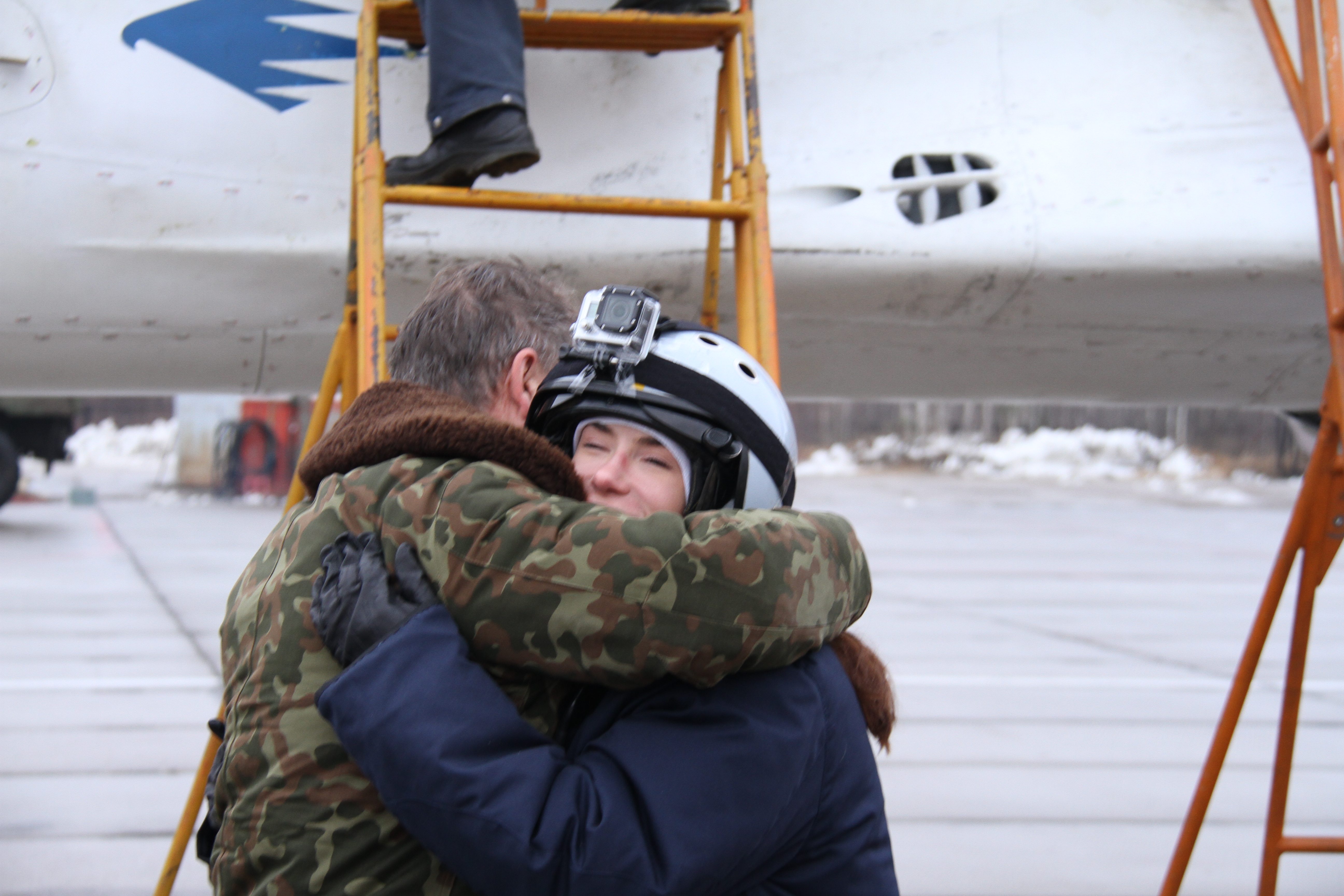 Who do you get to fly with when booking a MiG-29 flight with us in Russia? Customers are curious who’ll fly them when booking the incredible Edge of Space flight – well known to a wide public since we published this viral video:

First of all – we can assure you that you’re in very good hands when you strap into the MiG-29 Fulcrum cockpit. In the Russian city of Nizhny Novgorod – about 50min by plane from Moscow – where our flights take place, you will fly with Yuri Polyakov, Sergey Kara or Andrey Pechionkin.

As with all the flights we offer, you get to fly with a highly experienced, professional pilot who accumulated countless flight hours after graduating the Air Force college. The pilots at the Mikoyan factory where our flights take place are certainly among the best pilots in the world. They are not only Heroes of Russia for their outstanding contributions to the field of aviation but also rank as 1st Class Test Pilots. But let us tell you a bit more about them:

Sergey is the Chief Pilot at Sokol Airbase. Born in Nizhny Novgorod in 1965 he resigned from the Soviet Air Force in 1991 where he had the rank of a Captain, and joined Sokol Aircraft plant since. He has amassed a total of over 5000 flight hours in L-39 Albatros, MiG-17, MiG-21 (Air Force Pilot College) as well as Su-17, MiG-23, MiG-25 and MiG-29 as Air Force pilot.  Sergey is qualified to pilot more than 40 different aircraft types and modifications, among them also the MiG-31 Fixhound and the Su-27 Flanker, these are both aircraft we offered in the past, as is the MiG-25 Foxbat. Learn more here.  By the way – Sergey is the guy on the left hand side with the green flight suit.

Andrey, born in 1963, is the guy that many think of as being the typical Russian guy: Brawny and strong like a bear, loves swimming in the winter. Andrey also collected more than 5000 flight hours over the years. Until 1989 he was Captain of the Soviet Air Force Regiment in East Germany, after the fall of the Soviet Union he became airline pilot for the Russian flag carrier Aeroflot for a few years. In 2000 he finally resigned from the Russian AF, as a lieutenant colonel. He then joined the Sokol team and became a test pilot. Among many other aircraft, Andrey flies L-29,  MiG-21, MiG-23, MiG-27, MiG-29, Yak-130, Il-76 and Yak-52. Andrey has two kids and speaks many languages, among them English and German, but he has also knowledge of French and Arab.

Sporty Yuri was born in 1958 – so he is the oldest pilot in the team. Yuri was a test pilot in the Air Force until 1989, since then he is a factory test pilot as well as Air Force representative at Sokol. Yuri holds the rank of a Colonel, has two sons and has more than 5000 flight hours on more than 40 aircraft types. Among them famous Soviet fighter aircraft classics such as MiG-15 Fagot and MiG-21 Fishbed,  MiG-25 Foxbat, MiG-29 Fulcrum, MiG-31 Foxhound and Su-27 Flanker.

See below a full video of Yuri flying with Swiss customer Goran:

Happiness When Shared, is Doubled

For the pilot it is a great opportunity to share their incredible passion for aviation and in particular the MiG-29, with civilian customers from all over the world. They are in the lucky position to have a job where they look forward to every single sortie.

Joel from France after his flight with Andrey Pechionkin

And what is great about all our pilots – they are not only very professional and careful – they are also very easy going and nice. That seems to be a shared trait of most military pilots. And it adds up to a countless number of great customer feedback we get – and the pilot plays a very important role here.

You can control the MiG-29

We offer flights in the two seat MiG-29 UB variant, which is the trainer model. It comes with complete dual control. The back seat where the customer is seating is higher up which makes for a much better view. In top of that, it has an interesting feature, the persicope. The persicope is being used during taxiing, take off and landing procedure. The back seat is the instructor seat during flight training, so he must see what the learning pilot is doing.

MiG-29 periscope – view of the runway during landing

And yes – you will be able to control the aircraft yourself – as with all flights we offer (except the P-51 Mustang flight, because it lacks dual control). Before doing that, you’ll of course have a proper training the few hours before your flight takes place. So you know what you can touch and what you don’t.