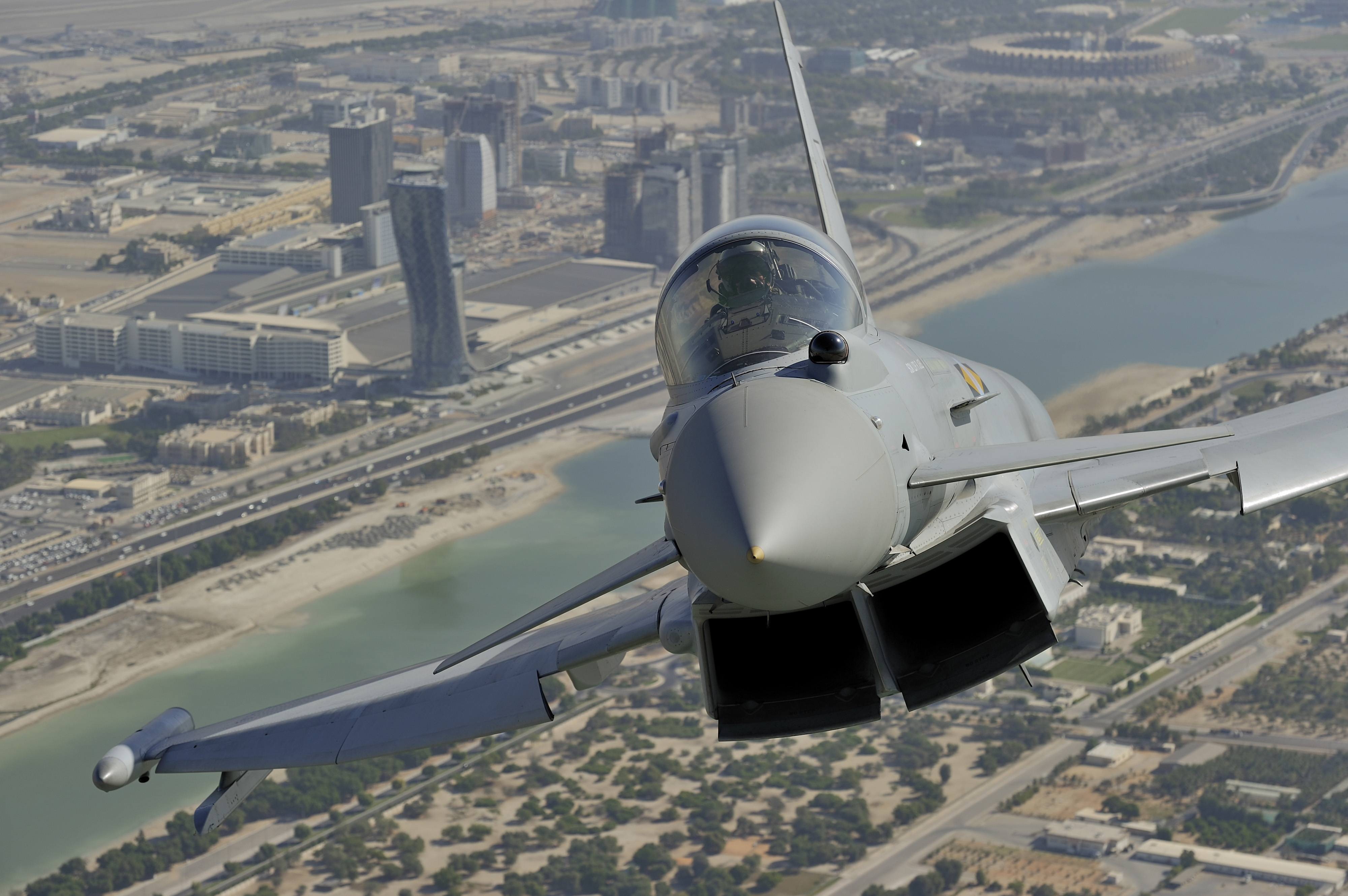 The Lockheed Martin F-22 Raptor has for long been claimed to be the best air superiority fighter ever built, even before it was actually completed American officials said that with its stealth technology it would outperform any fighter that stood in its way without even being seen. But has this changed since its release in 1997?

I would like to start by saying that the F-22 is a very capable fighter, but since its release in 1997, there has come new competitors to the world, very many generation 4.5 jets have been built by both the Russians, the US, France, and Germany. Therefore even though the Raptor is an extremely good fighter, every fighter has flaws that others can take advantage of, one fighter which is capable of using the F-22’s weakness is the German Eurofighter Typhoon. This is what I am going to debate in this article.

Properties of the German generation 4.5+

The EF Typhoon is a 4.5 generation multirole fighter which was introduced in 2003 by its creators BAE Systems, Airbus Group and Alenia Aermacchi where it showed off a delta wing setup with canards and a brand new twin engine. The reason for it not to be a generation 5 fighter is the fact that it does not have stealth properties. But what it does have which it was very new with when it came is its P.I.R.A.T.E – IRST (InfraRedSearchandTrack) system. This picks up heat changes around it and can by this spot subsonic aircraft as far away as up to 100km+(The Germans say). This means that the Typhoon can still shoot its advanced IR-tracking missiles at a target, even though its enemy has stealth features.

Features of the stealth king

But how does this affect the raptor? We will first go over the Raptor’s features before we draw any conclusions. The F-22 Raptor is a Stealth featuring fifth generation fighter built by Lockheed Martin and first presented by the United States’ Air Force in 1997. It has a diamond shaped wing and has a Gatling gun at the right vertical stabilizer (just like the Eurofighter) capable of shooting 100 bullets per second (!). It does not feature an IRST system but instead puts its faith in the fact that no other fighter (except for F-35) has stealth yet and therefore it only needs normal radar. It also features its unique Thrust Vectoring which gives the pilot the possibility to change the direction of the exhausts. This gives the Raptor really good turning-capabilities.

Who is really the best?

Now to the main point of this article: Is the German Eurofighter Typhoon superior to the F-22 Raptor? The topic has been widely debated; many say that the EF Typhoon would out battle the raptor any day, whilst the Americans, of course, claim the opposite. The most used argument by the Eurofighter lovers is that during the Red-flag (an American training exercise) in 2012 the EF typhoon scored a number of kills versus the Raptor. After the exercise, the media of course only showed the story from one side of the point because they obviously would sell more newspapers if the “supreme F-22” was shot down. However, this is what the pilots (of both sides) said:

„I did review the HUD footage, a lot of gunshots from the F-22’s to the Eurofighters and not a whole lot coming back“ – Unnamed USAF pilot.

Whilst a German pilot named Marc Grüne said: „As soon as you get to the merge … the Typhoon doesn’t necessarily have to fear the F-22”.

There would be no point in putting too much emphasis on the pilot’s quotes, they can obviously not be trusted, but what is obvious is that the F-22 has some weaknesses in close combat. The reason for this is that the F-22 has its thrust vectoring to turn quickly and this gives it an advantage in a dogfight, but if it does not score a kill then, it is in a lot of trouble, to say the least. This comes from the fact that once the Raptor has used its thrust vectoring it has lost a lot of speed, which tremendously increases the change of the Eurofighter to score the kill.

So sure, the Eurofighter might be better than the Raptor in a dogfight, but what we should not forget is that in real battles there are not very often dogfights, practically there almost never are. This means that in a real fight it stands between the Raptor’s radar and the Typhoon’s P.I.R.A.T.E. Then we have to look at the different ranges of weapons and radars:

In the table above we see that the Raptor is actually superior to a Eurofighter Typhoon in a real air-to-air battle. The 75km range of the Raptor’s Aim-120 AMRAAM missiles mean that it can choose to engage whenever it wants; even before the EF even knows there is an F-22 in the area!

To conclude this article we can say that the Raptor is still the king of the sky, even though it in dogfights has found a real competitor in the German Eurofighter Typhoon. But it also needs to be said that the EF Typhoon, a multi-role fighter almost beats the raptor, even though the Raptor was only built for one thing – Air to Air combat.