What is the common way to classify fighter jets?

Categorization of fighter jet generation is a classification used around the world regarding fighter aircraft. Categorization is unofficial and imprecise because there is no authorized classification concept based on features and performance of aircraft. First of all, there is no clearly defined line between successive generations. However, the “generation” term is very popular because of its simplicity. Each category represents a certain class of technology used in the planes:  avionics, constructions, engines, etc. Higher generation means a more technologically advanced “bird”.

How were fighter jets changing during the last 70 years? 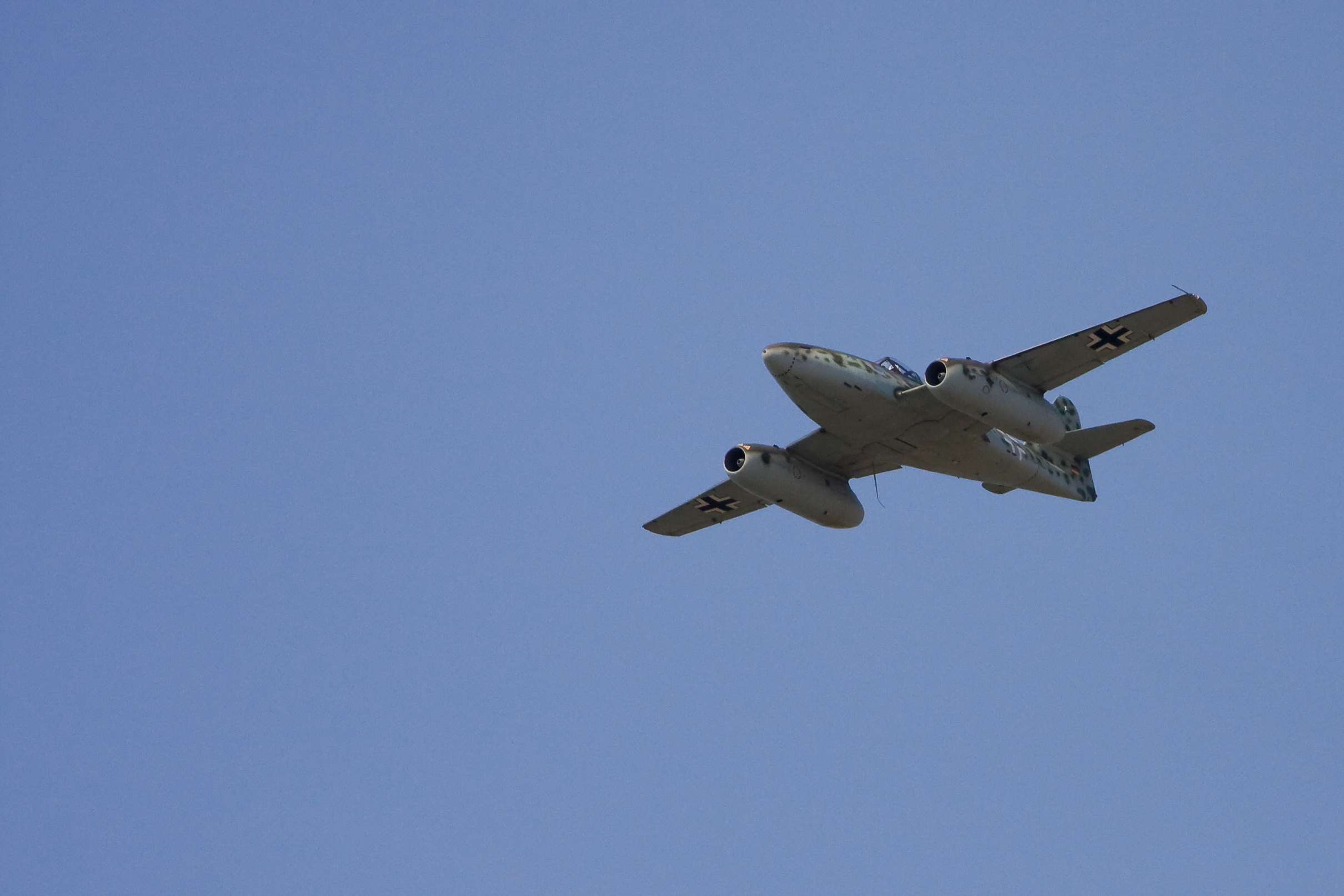 A Messerschmitt Me 262 replica

The first generation comprises of subsonic jets developed from the middle 1940s to middle 1950s. The most important attribute was the jet engine. During the last days of World War II so-called piston engines with propeller reached their speed limits. The speed increase was nearly impossible. The only solution was a turbojet-powered aircraft. The first operational fighter jet was the Me 262. Construction was far from perfect but indicated a new path of development. First aircraft were similar to their piston-powered ancestors – straight wings, lack of radar, machine guns as a primary weapon and unguided bombs. Later during the Korean War more advanced constructions like the famous MIG-15 and the North American F-86 with swept wing and ability to break the sound barrier while performing a dive appeared. Also, in 1950 the first fighter jet combat in the history between a MIG-15 and an F-80 Shooting Star took place. One of the most popular aircraft of that time was a Hawker Hunter. A subsonic, manoeuvrable British “bird” 50 years after its introduction is still in active service with the Lebanese Air Force, some Aerial Display teams and available for tourist jet flight. 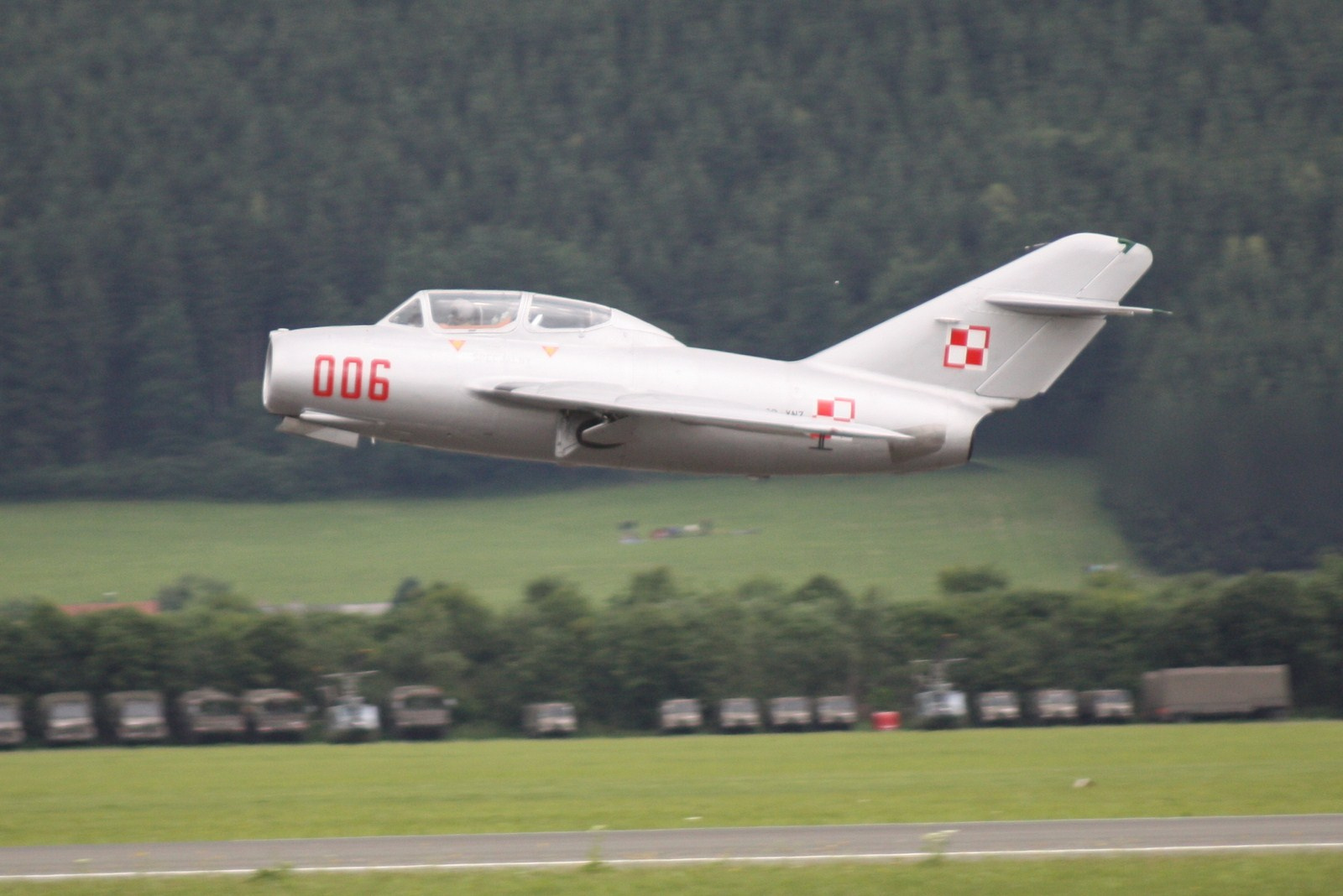 The third generation was a continuation in researches of advanced avionics, aerodynamics performance and air guided missiles. Dogfights forced improvements in manoeuvrability, air-to-air missiles and radar systems. However, poor accuracy of weapons and electronic countermeasure (a device designed to trick detection system) did not make it easy to win an air fight. Aircraft construction was also improved. Canards, powered slats and thrust vectoring (ability to manipulate the direction of the thrust) gave the opportunity to design the Harrier Jump Jet, first vertical/short takeoff and landing (V/STOL) fighter. Rising costs and research difficulties resulted in new doctrine for air forces. Multirole aircrafts developed into primary weapon e.g. the McDonnell F-4 Phantom became the only fighter in the history used by every branch of the United States Armed Forces.

Fourth generation fighter jets are mostly multirole aircraft. Sophisticated avionics, especially fly-by-wire system improved manoeuvrability at the expense of aerodynamic instability. It sounds crazy, but the digital flight control systems stabilized the aircraft without the pilot’s knowledge and helped him control the jet. Therefore, impossible aerobatic manoeuvres like Pugachev’s Cobra could be made. Electronics became the most essential part of the equipment. Head-up and multifunction displays, long-range radars and more attest led to sky domination. Engineers revolutionized the construction by using composite materials and the stealth technology (only in bombers aircraft).

The end of the Cold War brought some serious problems for the Air Force inventories. Lower budget and political environment slowed down research or even cancelled them. That is the reason why we currently have 4.5th generation of jet fighters. Almost every new aircraft is in some way based on existing airframes or similar to previous ones. MiG-35 is a further development of the MiG-29, the same like Sukhoi Su-30 and Su-27, a new version of the Boeing F/A-18, F-15 and many more. Present fighter jets have advanced digital avionics based on microchip technology and highly integrated systems. They are adapted to operate in high-tech warfare where not only avionic but also super manoeuvrability are the key to success.

The future of military aviation has just begun.

A few development projects of fifth-generation fighter jets have been initiated. The Russian Sukhoi T-50 PAK FA, the Lockheed Martin F-35 and the Chinese J-20 and J-31 are in an advanced stadium of development. Currently only the Lockheed Martin/Boeing F-22 Raptor is in the active service with the US Air Force. All of them are designed to operate in the high-tech and complex combat environment. The aerospace materials used and the new technology gives them the biggest advantages, being invisible for radars and granting super maneuverability. Avionics is also much more sophisticated, along with new ways of communication, navigation, glass cockpits, high speed network and many more. The question is if these incredibly expensive fighters play an important role in asymmetric conflicts. It could be that most tasks will be taken over by drones (UAV) very soon.