In our overview about the top 10 fastest planes in the world – we took these two amazing planes together and went for the more popular of them – the Lockheed SR-71 Blackbird. It basically is a household name and you’d have to look for a while to find an American male who isn’t aware of that amazing piece of aviation history – it reflects the glory years of US dominance in the skies during the Cold War.

Since publishing this article, we have heard a lot that we forget the A-12. We, therefore, decided to write an own blog post about the A-12 and the SR-71. Responsible for these amazing aircraft was Lockheed designer Clarence Leonard “Kelly” Johnson. He was the first team leader at famous Lockheed Skunk Works.

First of all – let’s start with a comparison: 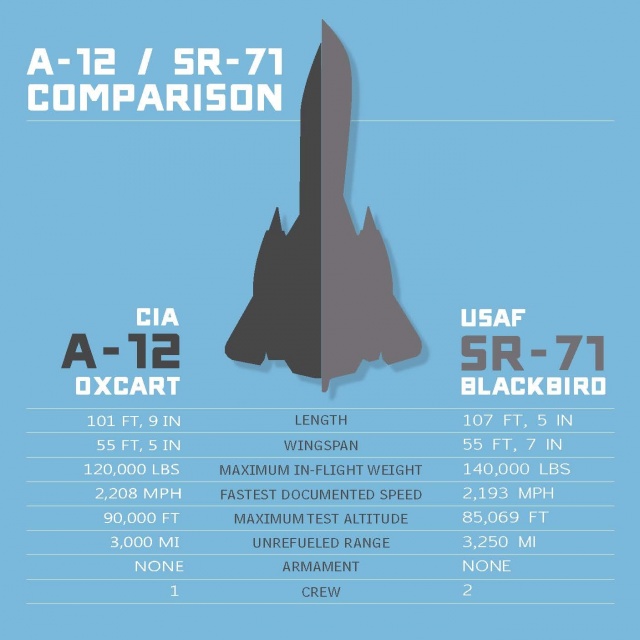 Lockheed A-12 Oxcart operated by CIA

One of the main differences is that the Lockheed A-12 Oxcart was a reconnaissance aircraft actually operated by the CIA. It was only active from 1967 to 1968 – first flight was in 1962. The program was kept secret until the 90ies.

The A-12 was developed into different aircraft – best known of course was the Lockheed SR-71 Blackbird. As opposed to the A-12 Oxcart, the SR-71 Blackbird was operated by the US Air Force, not by the CIA.

The SR-71 Blackbird variants in an overview