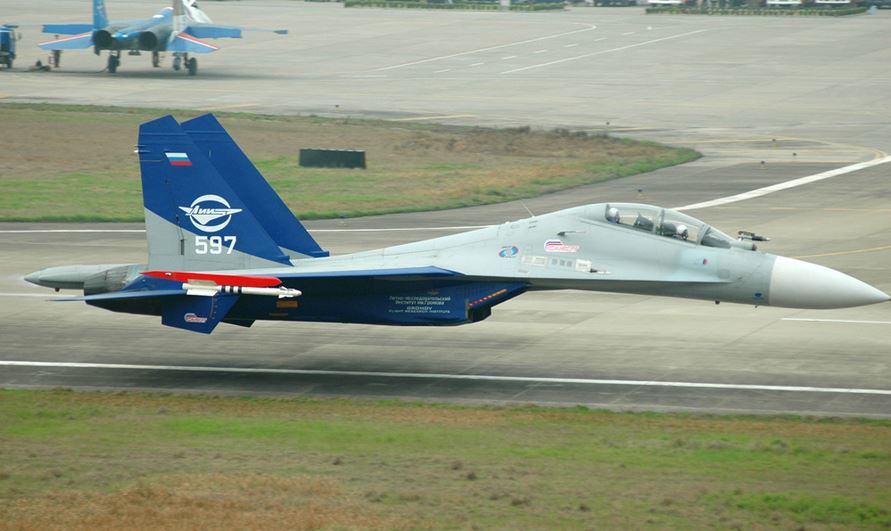 Every fighter fan probably had this experience already – one gets to see a fighter jet in a museum, at an airshow or – the coolest way – during a fighter jet ride with MiGFlug. And once one is getting closer – it’s like *boah* how huuuge is that thing! Knowing that the fighter jet is pretty big, one is still impressed by its size. I had this experience with three aircraft in particular: Blackburn Buccaneer, English Electric Lightning and the Sukhoi Su-27 Flanker. By the way, all jets once offered at MiGFlug.

I, therefore, had the idea to publish a comparison of a bunch of jets here – knowing that the original is still impressive while the picture of it is not. Hence the title image of that Flanker version showing Pugachev doing a crazy low pass. Have a look at the size of the pilots to realize how big that plane actually is (click enlarge)!

As mentioned above among the jet available for tourist jet flights is the MiG-29 Fulcrum – featured in the video below.