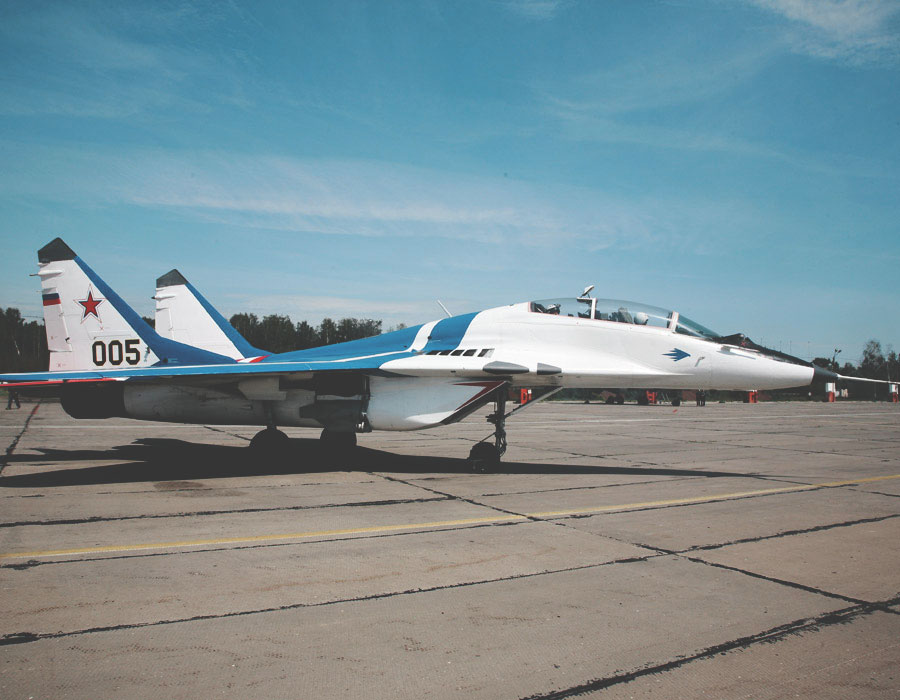 Probably the mightiest experience in the world: The Edge of Space flight in the MiG-29 Fulcrum. Depending on weather and temperature conditions, you can reach up to 20-22km altitude, though at least 17km is guaranteed. Only astronauts and cosmonauts aboard the ISS will fly higher at this point.

You can clearly see the curvature of the earth. The atmosphere looks like a blue fog, covering the earth far below. Above you, the sky turns very dark, sprinkled with innumerous stars. An incredible view which only a few people were able to enjoy so far! 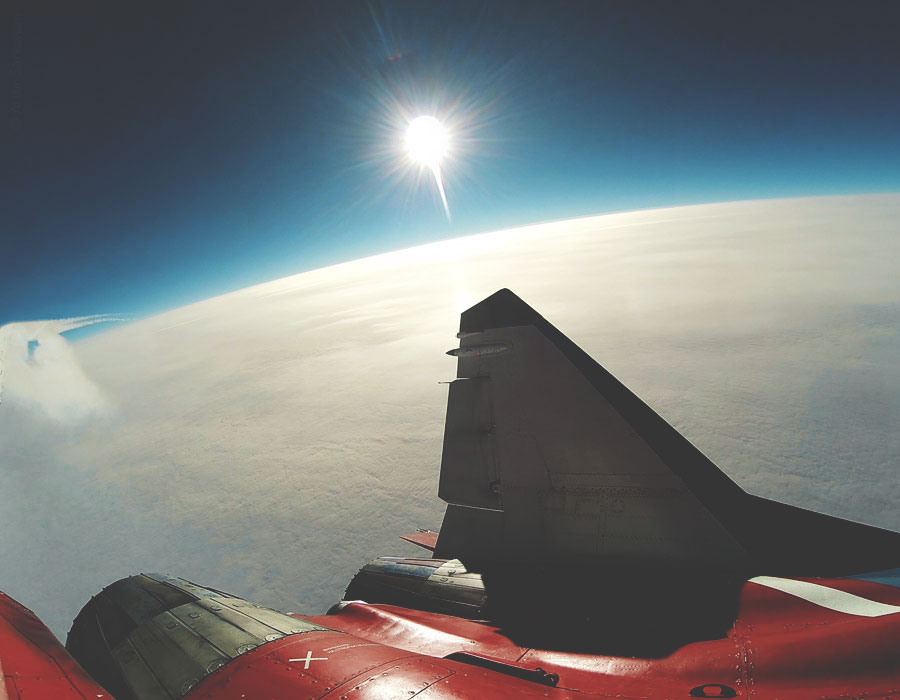 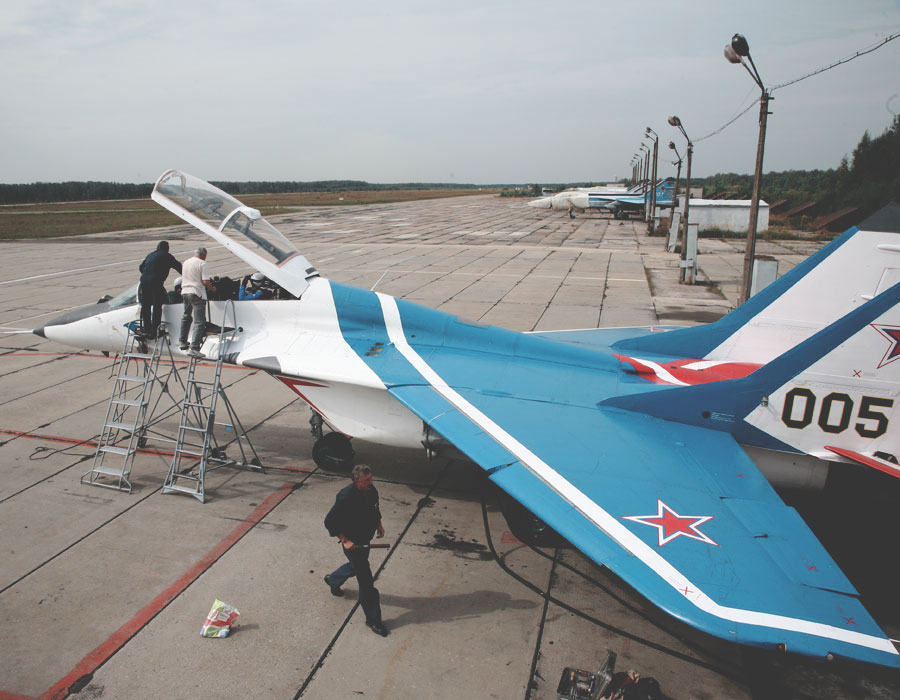 But how does the MiG-29 Fulcrum even climb to that altitude? After all, the service ceiling of the legendary MiG-29 is significantly lower. The answer is pretty simple – The MiG-29 is climbing to that Edge of Space flight altitude at supersonic speed and at a climb rate up to 330m/s – in a ballistic flight path.

So to say – you are sitting in a flying cannonball during your stratospheric MiG-29 flight. And the view you’ll enjoy at the peak of this flight is breathtaking. You’ll never forget this moment. To get a taste of it, have a look at the photo collection and the Edge of Space video on the right-hand side of this page.

The legendary MiG-29 – a Rocket

A German Air Force (Luftwaffe) colonel who was able to fly the MiG-29 after the reunification said: “that’s a rocket – as simple as that.” The fact that MiGFlug can offer flights in such advanced and powerful military jets is nothing short from fantastic. Even today – EU members like Croatia and Rumania still have the older MiG-21 as the backbone of their air forces. 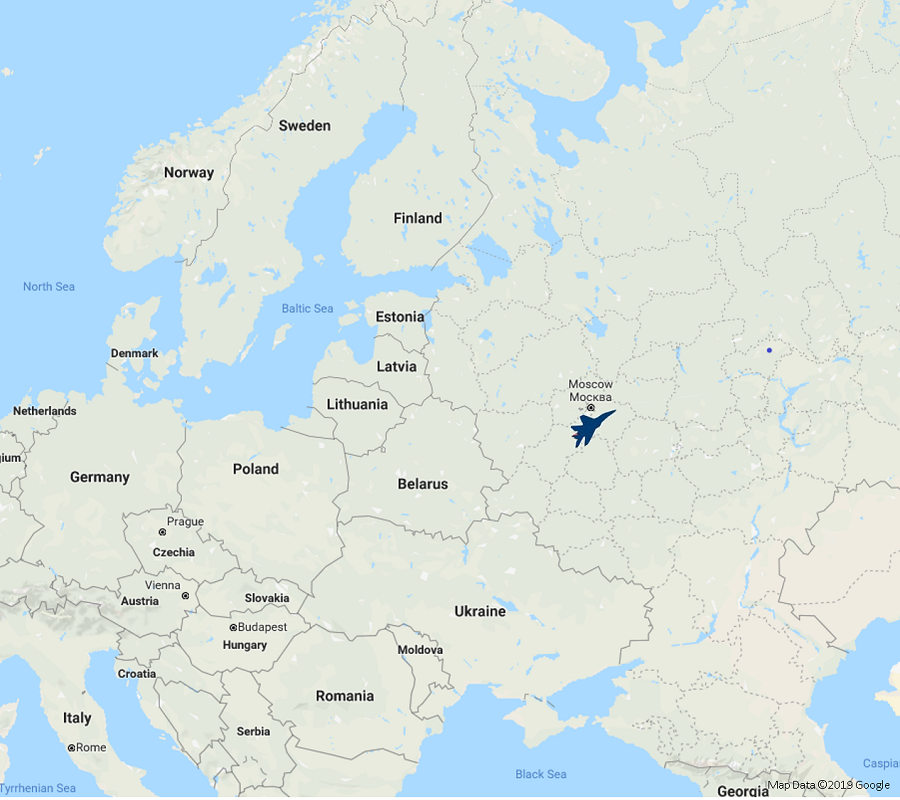 Unfortunately, this offer is currently not available.–>

MiGFlug is a very professional company and arranged my once-in-a--lifetime, childhood dream, "Edge of Space" flight flawlessly. It was not a difficult process. Also, the team in Russia (an array of flight suit guys, aircraft engineers, test pilots, doctors, camera crew, translator, etc) were great and very friendly. The whole thing went smoothly and was totally surreal. I still can't believe it actually took place. Mach 1.7, max 8G, low flight at 15 m, high flight at 18.1km.
The moon looked sharper than normal, the horizon looked curved, and 18.1km indeed felt high. Maneuvers were crazy. The test pilot did anything you want. The G-forces are really something else, and you get to pilot your own loops!

I did the Edge of Space flight in a MiG-29. It seemed almost too good to be true, that a civilian could fly in a fourth generation jet fighter. It is however true and just as awesome as it sounds. The experience was truly amazing, unforgettable and can hardly be described in words.

*Thanks to a thrust/weight ratio of 1.09 – the MiG-29 gains speed during vertical climbing!

Included in the Edge of Space flight experience in the MiG-29 is everything except the airline flight to Nizhny Novgorod (an hour from Moscow), hotel and Visa. But with our specialist you won’t feel anything of the hassle involved – she’s here to help getting the best, custom-tailored travel package.

We book and organize whatever you want, or help you booking everything the right way if you do it on your own. On the day of the flight, you’ll be picked up in the hotel lobby by a charming interpreter and an own driver. The Edge of Space flight package includes:

Ready for your Edge of Space Flight Adventure? Complete the booking form and you will hear from us shortly!
Book your Flight


The best gift for the best person in this World – flying in a real fighter jet to the Edge of Space!
Buy a Gift Certificate
w