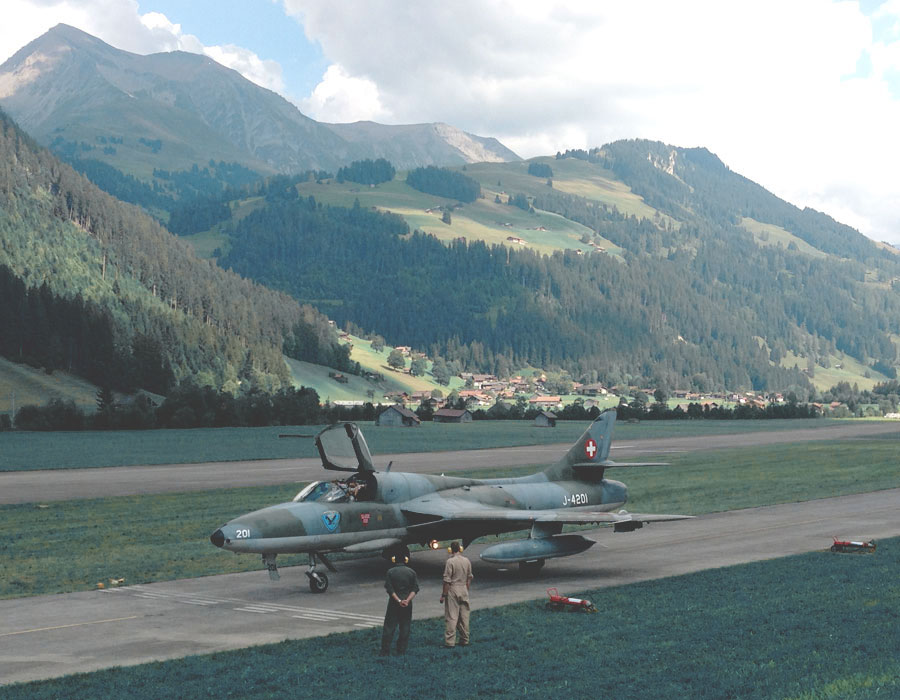 Fly over Peaks and Alleys with Extreme Agility in Switzerland

There are topographic scenarios, in which a fighter jet flight makes particularly high demands on both the pilot and the aircraft. The Swiss Air Force operates daily in these difficult regions: High and jagged peaks, narrow valleys and tightly constricted airspace due to the relatively small size of the nation. Up until the year 1994, the Swiss Air Force counted on the service of the English Hawker Hunter. With MiGFlug you have the opportunity to fly one of these double seated fighters, naturally under the supervision of an experienced pilot.

With the Hawker Hunter, a remarkably agile aircraft in subsonic regions awaits you: low passes over mountain peaks and flights close to the ground are no problem for this jet. It is not surprising that the Hawker was used by the Swiss Air Forces Patrouille Suisse display team for many years. However, there is a small disadvantage to this aircraft: it is rather high-maintenance, which is reflected in the flight price.

We would like to point out that Hunter flights have quite low availability – please contact us well in advance. 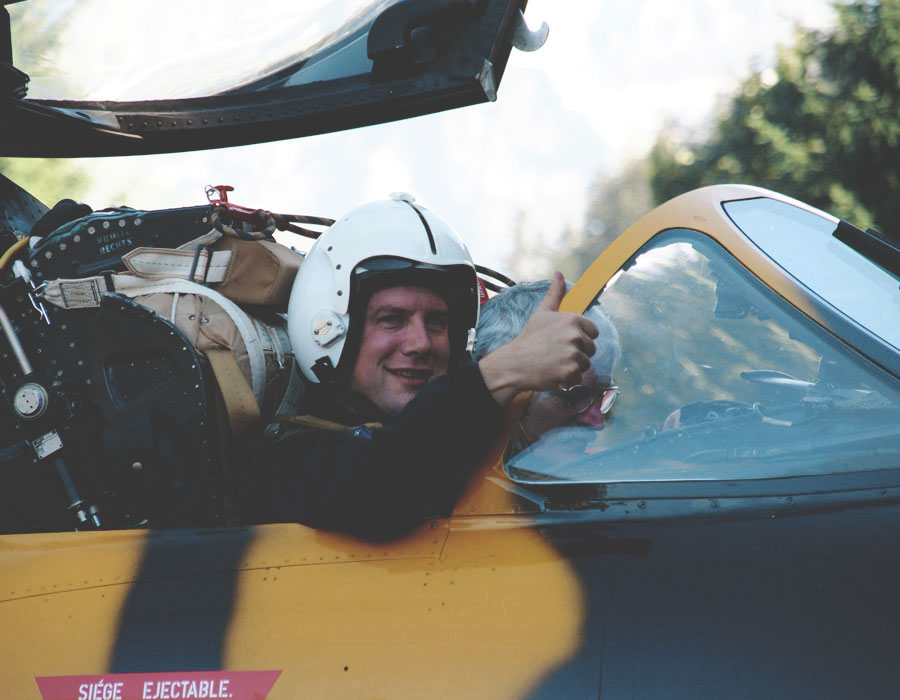 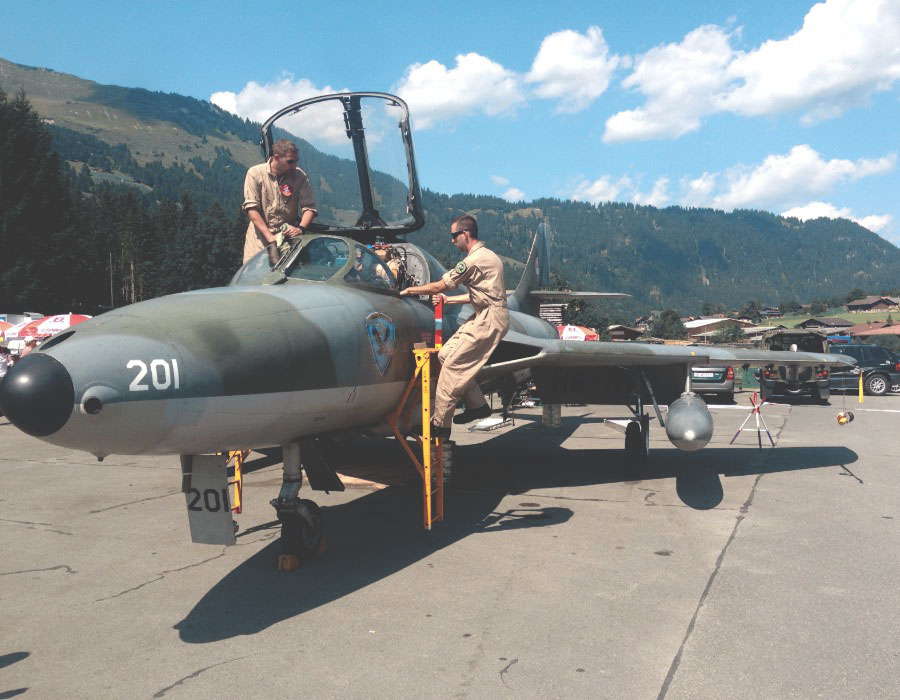 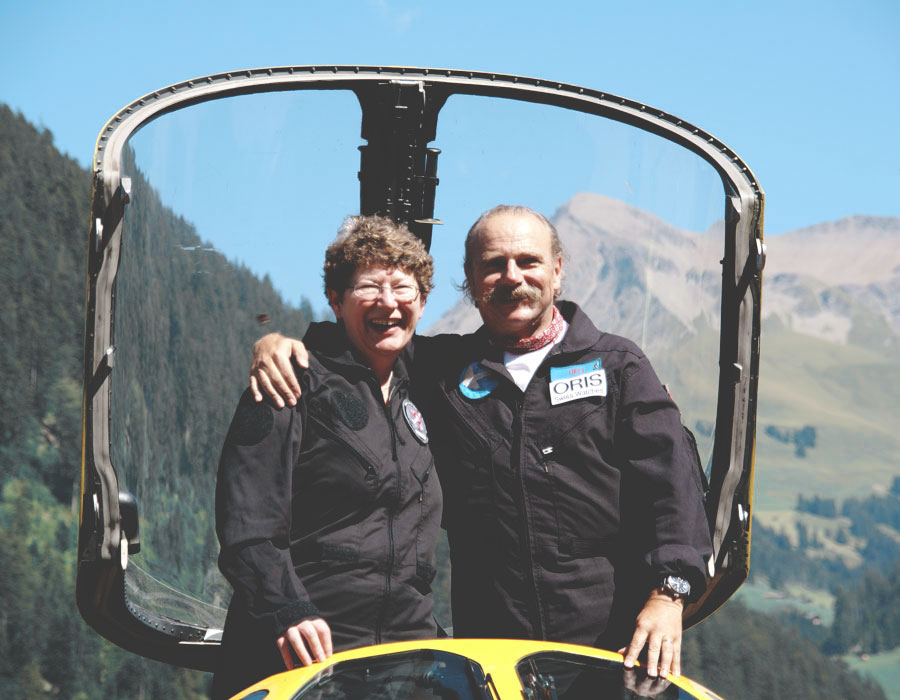 Fly a Hawker Hunter in the Swiss Alps

The most important thing about a fighter jet is its pilot! We have numerous Swiss Air Force pilots, that have flown the Hawker Hunter for decades. The Hawker Hunter was operational in Switzerland as a fighter and fighter-bomber for 37 years.

We give you the opportunity to fly the Hawker Hunter fighter-bomber with these experienced pilots. Key manoeuvres from pilot training as well as from air combat are flown: loop, cuban eights, inverted flight, or controlled spins are just a few of the possibilities.

Switzerland is known to be a fortified nation, despite its neutrality. For this reason, you may now fly a former Swiss Air Force fighter jet of the type Hawker Hunter. Be sure not to miss the beautiful countryside and cordial people of the small alpine state when you are visiting. Whether Bern, Zurich or Geneva, a cosmopolitan mentality and modern cities are waiting to be explored with all their advantages. 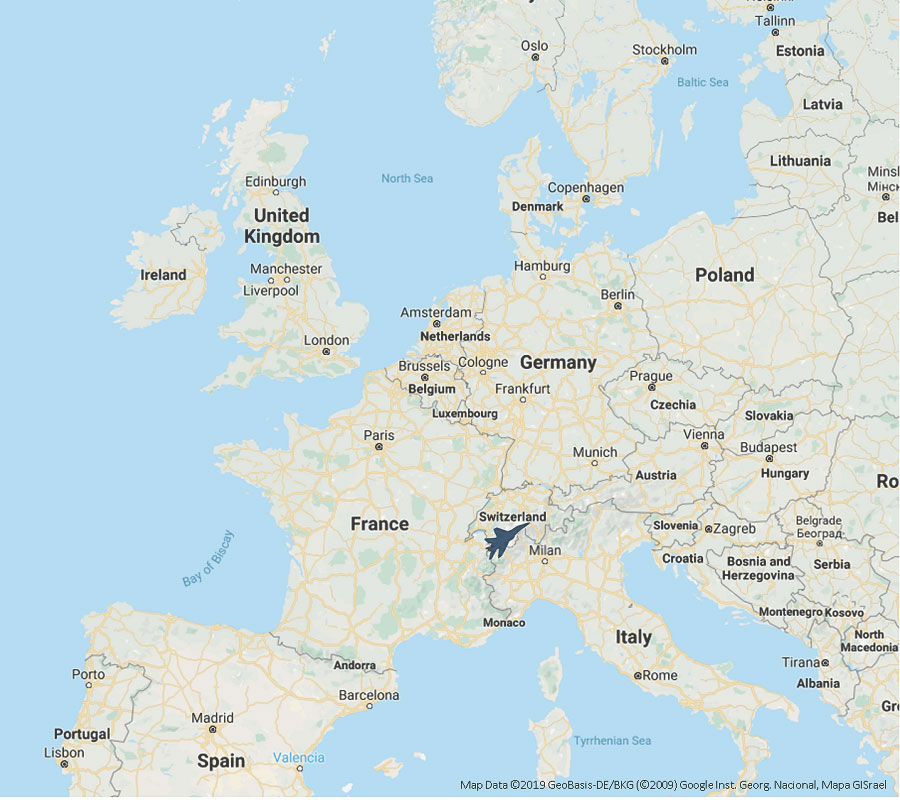 Ready for your Swiss Fighter Jet Adventure? Complete the booking form and you will hear from us shortly!
Book your Hunter Flight


The best gift for the best person in this World – flying in a real fighter jet in the Mountains of Switzerland!
Buy a Gift Certificate
w