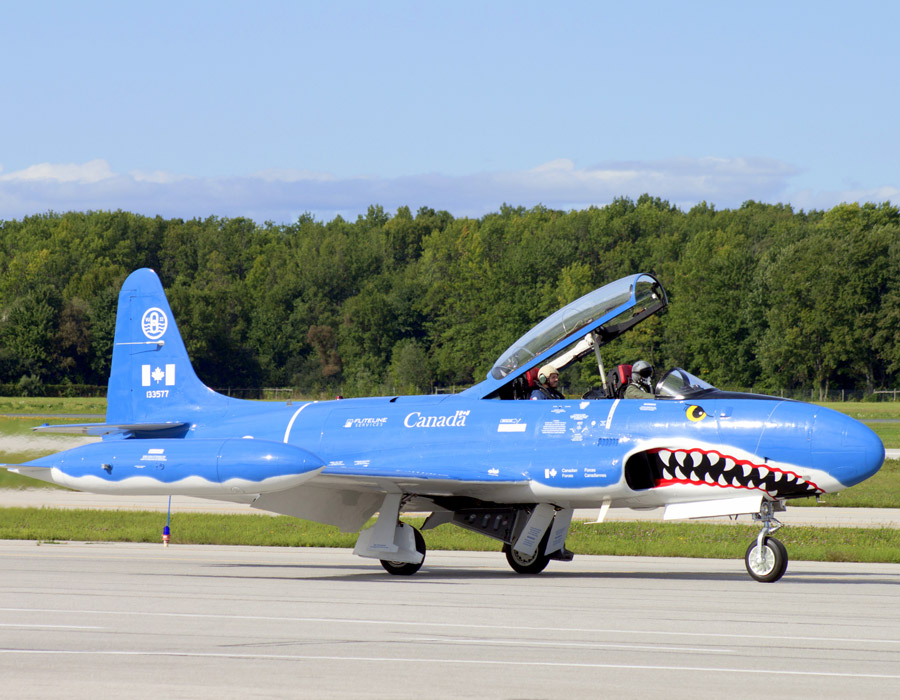 The T-33 Shooting Star (also called T-Bird) is the first military jet trainer. It was developed from the P-80 Shooting Star, the first operational US fighter jet.

The first – and a very popular – Jet Trainer

The T-Bird was developed from the P-80. As superior fighter jets like the MiG-15 Fagot or the F-86 Sabre sent the P-80 in retirement – it took over another role. As a two-seater, the Shooting Star became the T-33 – the first dedicated military jet trainer. The T-33 was responsible to make countless fighter pilots of the USAF and the US Navy – many were at that point still qualified to operate propeller-driven military aircraft only – ready for the jet age. And in this new role the Shooting Star was so good, that after having her maiden flight in March 1948, it was in service in the US until 1997. In numerous variants, and under license, 6557 units of the T-33 have been produced. On top of that, advanced versions like the Canadian Canadair CT-133 Silver Star was also produced in 656 units, for example. The CT-133 was flown by the Royal Canadian Air Force until 2005 and is still operational with the Bolivian Air Force.

More about our T-33 offer

The T-33 Shooting Star (also called T-Bird) is the first military jet trainer. It was developed from the P-80 Shooting Star, the first operational US fighter jet. The P-80 had its maiden flight early in 1944 and was rolled out towards the end of WWII. It was not taking part in aerial warfare in WWII. The P-80 helped to introduce the jet age in the US Air Force and first took part in a battle in the Korean War. But the P-80 was inferior to the Soviet MiG-15 Fagot – which is also available with us. The swept wing, transsonic MiG-15 Fagot had a never-exceed-speed of Mach 1 and was doing much better at high-speed aerial battle than the straight wing P-80 with Vmax of Mach 0.76. The Americans only managed to catch up to the Russians after they introduced the North American F-86 Sabre. The Sabre (or Sabrejet) was also swept wing and made for dogfights at high speed. 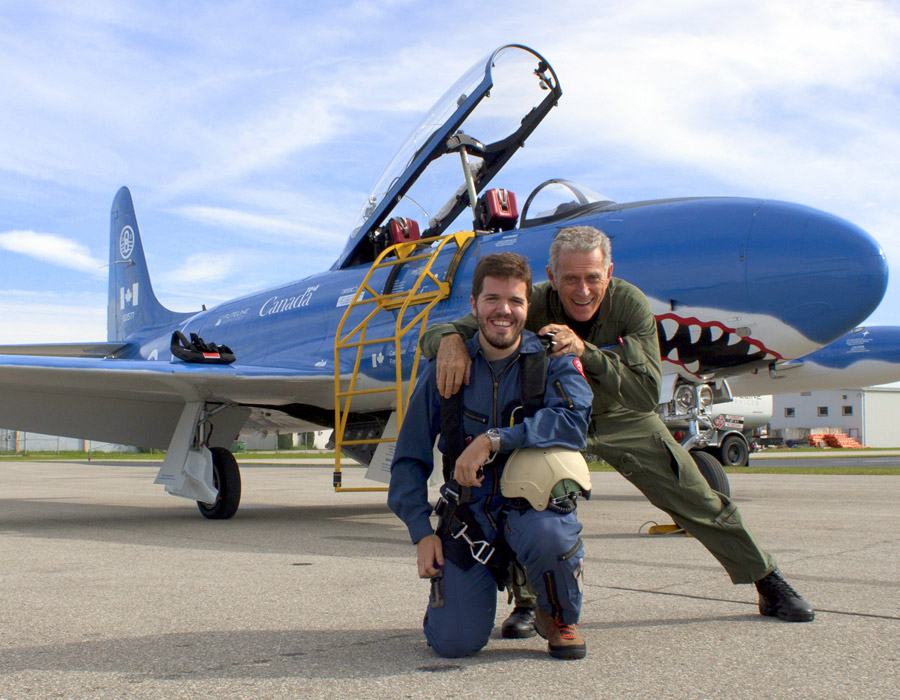 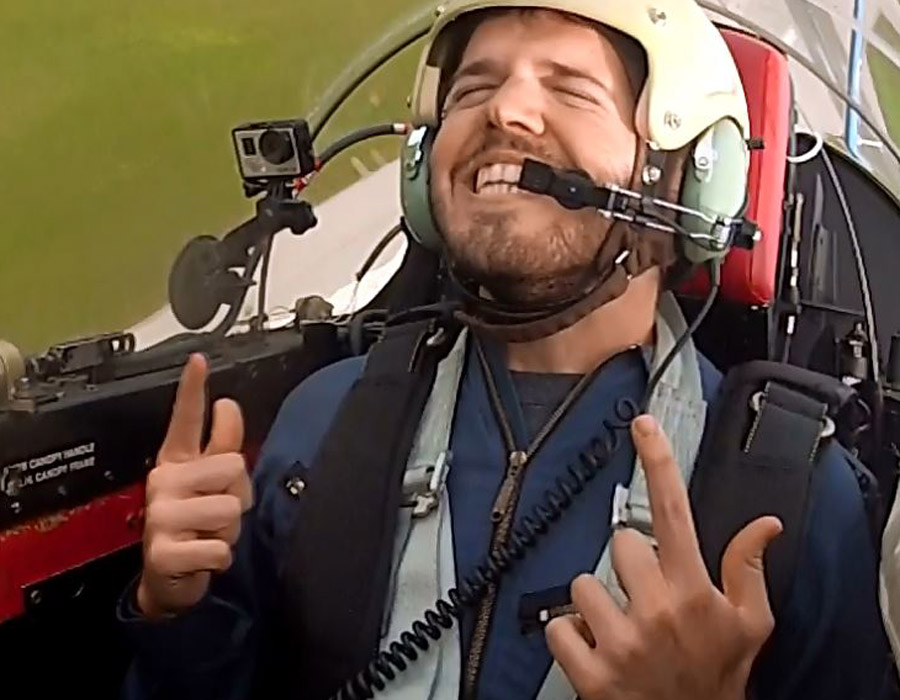 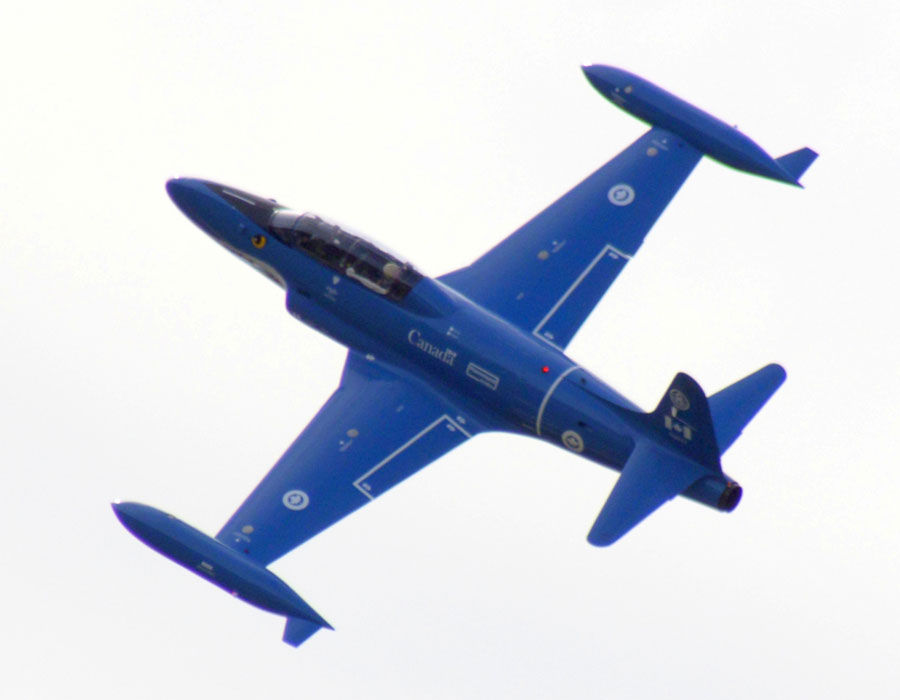