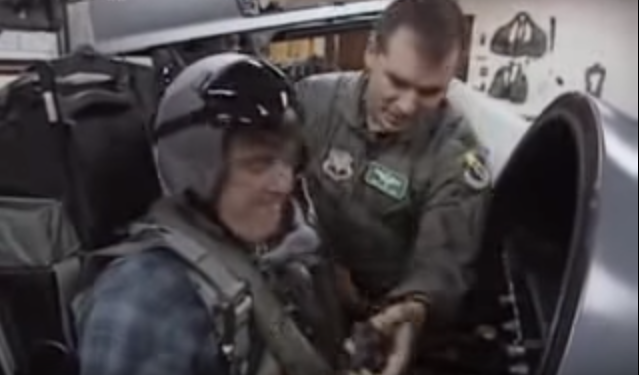 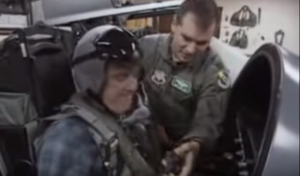 As you probably know – we are currently trying to cover questions we are often being asked by potential clients. We recently talked about flying with the Blue Angels and how you can rent a fighter jet as a non-military pilot. In the Blue Angels post, we also covered the question „how can I fly an F-14 Tomcat“, probably the most popular fighter jet despite being out of service for a while. Thanks, Tom Cruise, Tony Scott, Don Simpson, and Jerry Bruckheimer – we are pretty sure Top Gun did its part of making the Grumman F-14 Tomcat such a popular bird that everyone wants to have a ride in it. But another highly popular jet that people want to fly is the famous air superiority fighter McDonnell Douglas F-15 Eagle. First flight in 1972, produced in 1200 units already and still going strong. Boeing, who bought McDonnell Douglas, introduced it’s newest version in 2010, the Boeing F-15SE Silent Eagle, a variant using 5th generation technology such as radar absorbing material. The F-15 can not only land on one wing, it also scores over 100 aerial kills with not a single loss. So it is well understood that our customer want to fly it.

One lucky guy who actually could enjoy a ride in an F-15 is Top Gear’s Jeremy Clarkson, see the video above. But the sad truth is – if you are not equally popular the chance that you can fly an F-15 Eagle is pretty low. We can’t help you with that. Sorry.

But here is the long version to cheer you up:

So let us continue with other popular fighter jets. 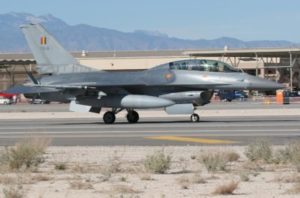 Belgian F-16 two-seater – unfortunately, the back seat is not for you 🙁

Same here – there is basically only one way – you would have to become a fighter pilot and join an Air Force that operates the F-16 Fighting Falcon. The F-16 would actually be a nice aircraft to offer flights in. This is for several reasons: The General Dynamics F-16 Fighting Falcon has a sexy shape, only one engine and is comparably small and lightweight. So it would be a reasonable option for flights, as the costs wouldn’t be that high. Nevertheless, there is no Western 4th generation aircraft available for Civilian fun rides. The same is true for the McDonnell Douglas (now Boeing) F/A-18 Hornet – no flights available for Civilian clients. Sorry. 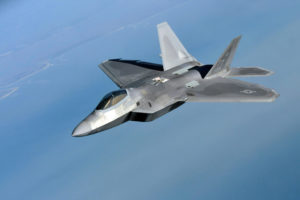 Are you nuts? Don’t even think about it. There isn’t even a two-seater available! So how the hell do you want to have a ride in the F-22? Besides, we are talking about an aircraft that costs USD 361m per piece (!) according to the Government Accountability Office, when all costs are counted in. So the flight in an F-22 would be rather expensive. If you compare that to the most expensive aircraft MiGFlug offers, the Mikoyan MiG-29 Fulcrum – that jet cost 11m at production and is now about 29m. That’s less than 10%. So the MiG-29 flight is a bit more realistic. And hey – there is even a two-seater available!