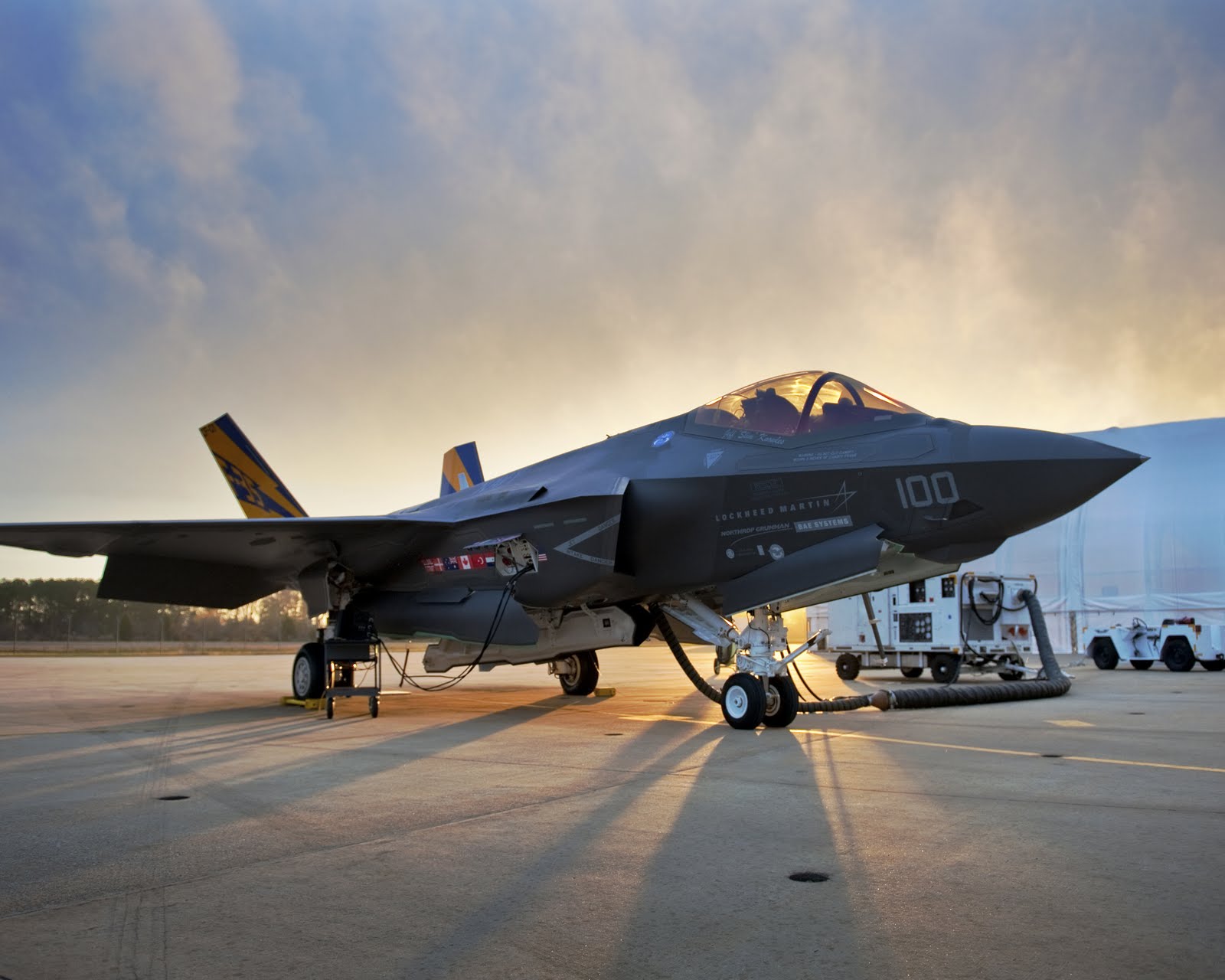 The Lockheed Martin F-35 Lightning II has been widely debated over not only since its first flight in 2006. The project has cost over 1 trillion dollars so far and is expected to reach over 1.5 trillion during its lifetime. But an aircraft costing this much money can hardly be what people say about it: Rubbish, Lemon, can’t do what airplanes did 50 years ago etc. The reason for this is that it may have been reviewed in a questionable way; when people are comparing it to other aircraft they might not compare it in the right way. This article will try to outline what the F-35 really is and why it might be better than some critics say.

First of all, we will explain what the idea of the F-35 really is and why it has gotten so tremendously expensive. The F-35 was an entirely new idea of building an airplane. It features the generation five characteristics such as top modern weapons, stealth, and super advanced avionics. But it was also built with a special idea in mind. That idea was to use a single airframe for the F-35A, F-35B, and F-35C, which will all be used in different parts of the US military – among others the Marines and the Navy. The idea behind that strategy was economies of scale – if they produce many of the same things it would be kind of like a mass production, which would massively lower the unit cost. But the problems started to pile up when they started to work on the engine for the F-35B which is supposed to be able to take off and land vertically, to be used on aircraft carriers. To design that new engine and fit it into an already super advanced aircraft was a tricky task. It required thousands of engineers and a huge budget to be built.

A Canadian documentary about the F-35 buying process:

The characteristics of a fighter

One of the main features of an airplane is obviously lift. Without enough lift, the airplane will simply fall to the ground, or it can use extra engine power to keep it flying, however, this decreases both the fuel efficiency and the range of the aircraft. What many critics complain about with the F-35 is that it has too small wings (in order to be stored compactly on an aircraft carrier), which gives the aircraft little lift. The critics say that small wings give the F-35 bad lift because the wing area is crucial for an aircraft to achieve a good lift. But what they seem to underestimate is that actually, the body of the fighter increases the lift a lot, which was tested with the Martin Marietta (now a part of Lockheed Martin) X-24A. It had its first flight in 1969 and was basically only a fuselage with an engine. The shape of the body, rather than the wings (which it didn’t have) gave it the lift to fly, which makes the small wing area of the F-35 a number that does not really matter (but big wings can still improve the lift). One of the most aggressive critics is named Pierre Sprey. Sprey is a former aircraft designer and defense analyst, he uses – among other things – the small-wing argument to explain that “the F-35 is a lemon”. 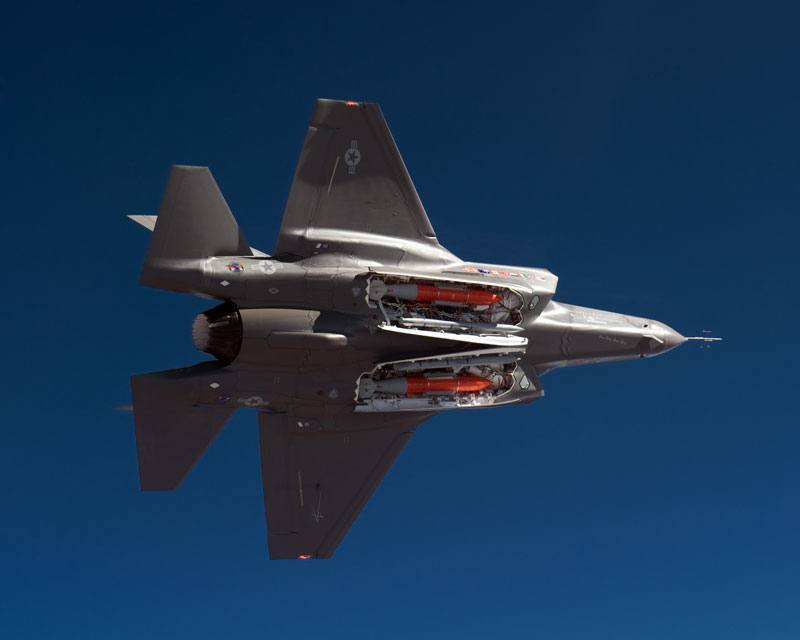 The internal weapon bays of the F-35

Another thing that is important is the drag. The drag is the air resistance that an airplane faces when it moves through the air and essentially a sleek, small body form reduces the drag. Now, the F-35 is big and not as aerodynamic as for instance the Eurofighter Typhoon, but the thing that reduces the Lightning II’s drag compared to it, in the end, is that it has enormous internal weapon bays. The Eurofighter in comparison has extremely little drag without any weapons/fuel tanks mounted on its hardpoints, but as soon as it loads external fuel tanks (which it usually does) and missiles, the drag increases tremendously. It is still smaller than the drag of the F-35, but the difference of having 6 Air-to-air missiles internally (like the F-35) or to have them externally like the Eurofighter is quite a difference in drag.

How expensive is it?

The super complex engine of the F-35B, one of the main reasons why the project got so expensive

The one thing that usually downrates the F-35 the most is its huge price tag. The unit cost is currently about $150 million (for the VTOL version) and a maintenance cost of about $31 000 per flight hour is extremely expensive compared to the very capable 4.5 generation fighters out there. For instance, the Eurofighter Typhoon costs about $110 million dollars per unit, with a much lower maintenance cost ($18 000 per hour). So the price is currently very high, but we must remember that the cost is (partially) this high because the engineers basically developed three different aircraft in the project. The price per unit will be reduced when all the planned fighters have been built – currently 2400 to the US and a couple of hundreds more to foreign buyers. This was the original idea of the F-35; produce many, giving it a lower unit cost.

How does it compare to other fighters?

But there are many other factors that determine the skill and usefulness of a fighter. Below is a table that shows some other important figures.

The F-35 is not mainly built for high speeds, it is built as an attack aircraft (as well), like the A-10 Thunderbolt II and therefore needs low speeds to be able to shoot at the enemy on the ground for longer times before passing it. The radar cross-section is one of the world’s smallest even in a clean loadout, not to mention when the others start loading weapons on their wings which further increases the radar cross section of them compared to the F-35. It does not have the best dogfight capabilities due to its big size (Sprey calls it “fat”) and the big engine fan behind the cockpit which limits the sight backwards, but modern air-to-air battles are supposed to be mainly BVR (beyond visual range) engagements which means that all fighters will depend on their radar- and IR missiles rather than they depend on their dogfighting skills.

What do the engineers and pilots say?

Everyone has different opinions about it as can be seen both above and in the media. What in the end makes it really difficult to know to one hundred percent if it is a good airplane or not is that even the pilots and (very) knowledgeable engineers have split views on it.

– “With the F-35B, he pushes a single button, and the jet can slow from 200 knots to a hover by itself, as the airplane looks after you”. – Peter Wilson

– “Even before the downgrades, some analysts questioned the F-35′s ability to defeat newer Sukhoi and Shenyang jets.” David Axe, military correspondent

– “It’s as if Detroit suddenly put out a car with lighter fluid in the radiator and gasoline in the hydraulic brake lines: That’s how unsafe this plane is…” Pierre Spray

This is how spread the views are of that trillion dollar jet project, and who can we really believe? In the world of these super expensive top modern defense projects, there are a lot of hidden information and experiments that will probably never see daylight. We simply have to look at the information we have and from that make our own opinion in the matter. And experience will shed some light on questions that many now have.

To conclude this article we would like to say that the F-35 has gotten in windy weather. People compare it in ways that don’t fit the purpose of it and it has therefore gotten the name of “the trillion dollar disaster”. But it can’t be compared to the F-22 Raptor (that is also often criticized mainly due to the even higher cost), as the F-35 is a multirole jet that can be used for a big variety of missions while the F-22 is primarily an air superiority fighter with limited ground attack and electronic warfare capabilities. As we outlined above, it is not the best of the world’s jets in every aspect but it is not as bad as many people say. It fits the purpose, although it is at least questionable if it is worth the $150 million price tag. However, when the price gets lower with the increased number of jets built it might actually turn out to be not as bad an investment for the buyers. But no one can really tell how it pays off in the longer run, there might, for example, be a new surface-to-air system being developed which endanger fighter jets that count on stealth technology.