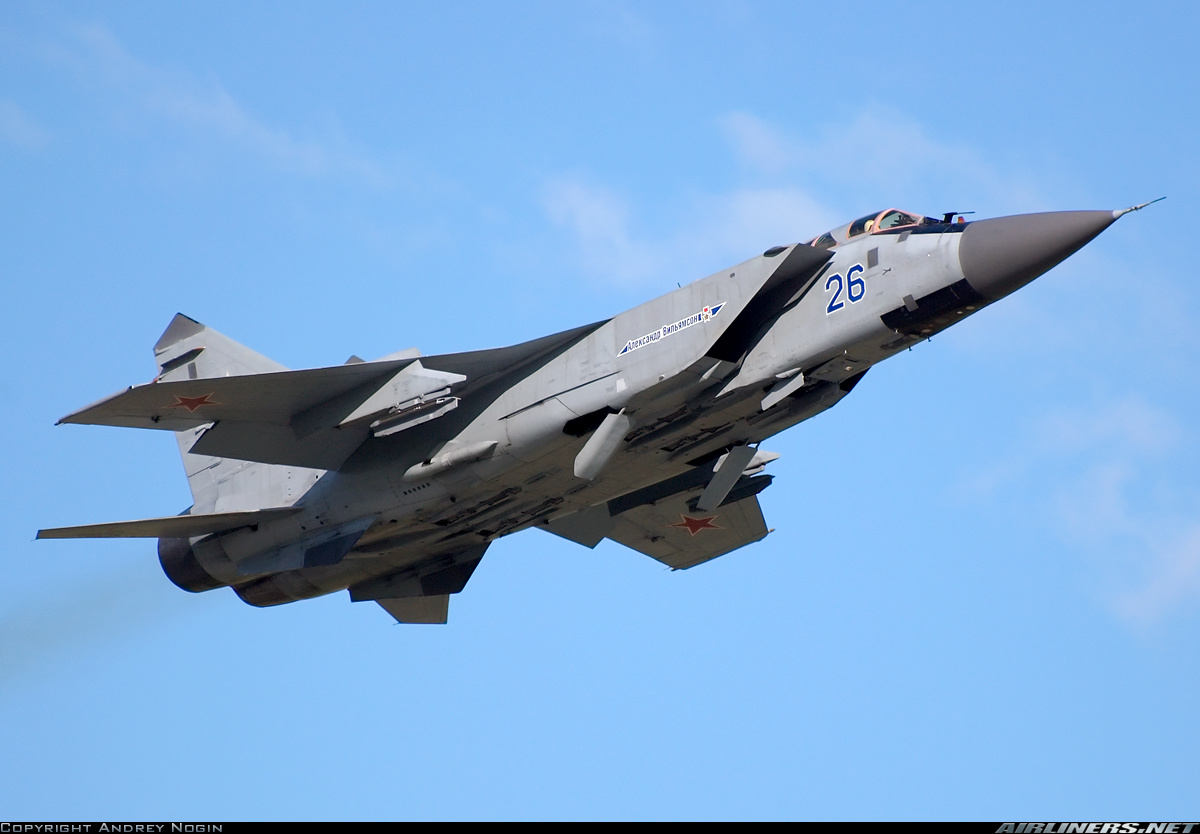 The Russian military aircraft design bureau Mikoyan Gurevich has since the 1940’s been building many famous military aircraft, some of the aircraft being real stallions in terms of speed. Two of these are the MiG-25 and the MiG-31 which has both been capable of speeds of over Mach 3.2 and 2.83 respectively. MiGFlug offered both for flights in the past, read more here. Now there have been rumors that MiG is trying to do it again – building a superfast interceptor. The current name of the project is MiG-41 with speeds projected to be of over Mach 4.0. According to the famous Russian experimental pilot Anatoliy Kvochur, the MiG-41 is to be capable of reaching speeds up to Mach 4.3 (about 5270km/h or 3270mph).

Picture of a MiG-25 from behind showing the engines that got it to Mach 3.2.

To start the history we have to go back to 1964, at the introduction of the MiG-25 Foxbat. Built to be able to intercept missiles and high-speed American aircraft (such as the SR-71) it had a speed which was almost as high as the Blackbirds and a service ceiling of 20,700 meters. A big advantage it had over the SR-71 was that it was not only a surveillance aircraft, but it also carried four air-to-air missiles as well which made it a deadly weapon. Unlike the Blackbird which was only built in a few copies, the success of the MiG-25 made it having over 1,100 units built! To say the least, this was a success, and only 17 years later the next step in the Mikoyan series had its introduction.

Foxhound – the successor of the MiG-25 The MiG-31, NATO reporting name Foxhound, was its name. It had a top speed of 2.83 Mach and a service ceiling almost as high as the MiG-25. It was built to intercept and take out targets at any altitude within its service ceiling and it is effective at any weather condition, day or night. It is also built to be effective against passive and active electronic countermeasures and against heat flares. The big improvement over its predecessor is its weapons arsenal. The Mig-31 can be equipped with a very big arsenal of weapons and guns, which are listed below:

As can be seen, the weapons arsenal of the Foxhound is a big step up from the Foxbat who only featured these weapons:

The MiG-31 has many other advantages as well; some smaller, some bigger, such as the second seat which is dedicated to a weapon officer having control of the weapons. In the MiG-25, the pilot was in charge of the weapons as well as the flying. The MiG-31 was capable of supersonic speed at low altitudes, something that the MiG-25 was not, this the Foxhound has its upgraded and stronger airframe to thank for. Some other improvements are the wing loading, ferry range, and the thrust/weight area which is more than double the one of the MiG-25 (0.85 vs 0.41).

So now to the point of this article, the MiG-41. There is not very much known because it is, just like all top modern military projects, very secret. But we do know that there is a program going on as the deputy Alexander Tarnaev at the Russian State Duma Defense Committee said this during an interview at the Cultural Center of the Russian Armed Forces:  “The corresponding decision was taken by the Chief of the General Staff; he has already signed the document to carry out research work on the MiG-41 project”. We also know that the new MiG will be based off of the Foxhound as Tarnaev also said this about the project: “Will embody all the advantages of the MiG-31 fighter-interceptor jet”. To do this they will need testing platforms, which might be why hundreds of MiG-31s will be overhauled and put into service with the Russian Air Force.

What we will see when the MiG-41 will be introduced is still unknown as the project is rather new and not very much has been leaked. Howeve,r when looking at how the MiG-31 developed from the Foxbat and thinking about the MiG-41’s mach 4.0 (even 4.3) capability we can say that it will probably be a heavily armed interceptor with high service ceiling and – obviously – a very high speed.