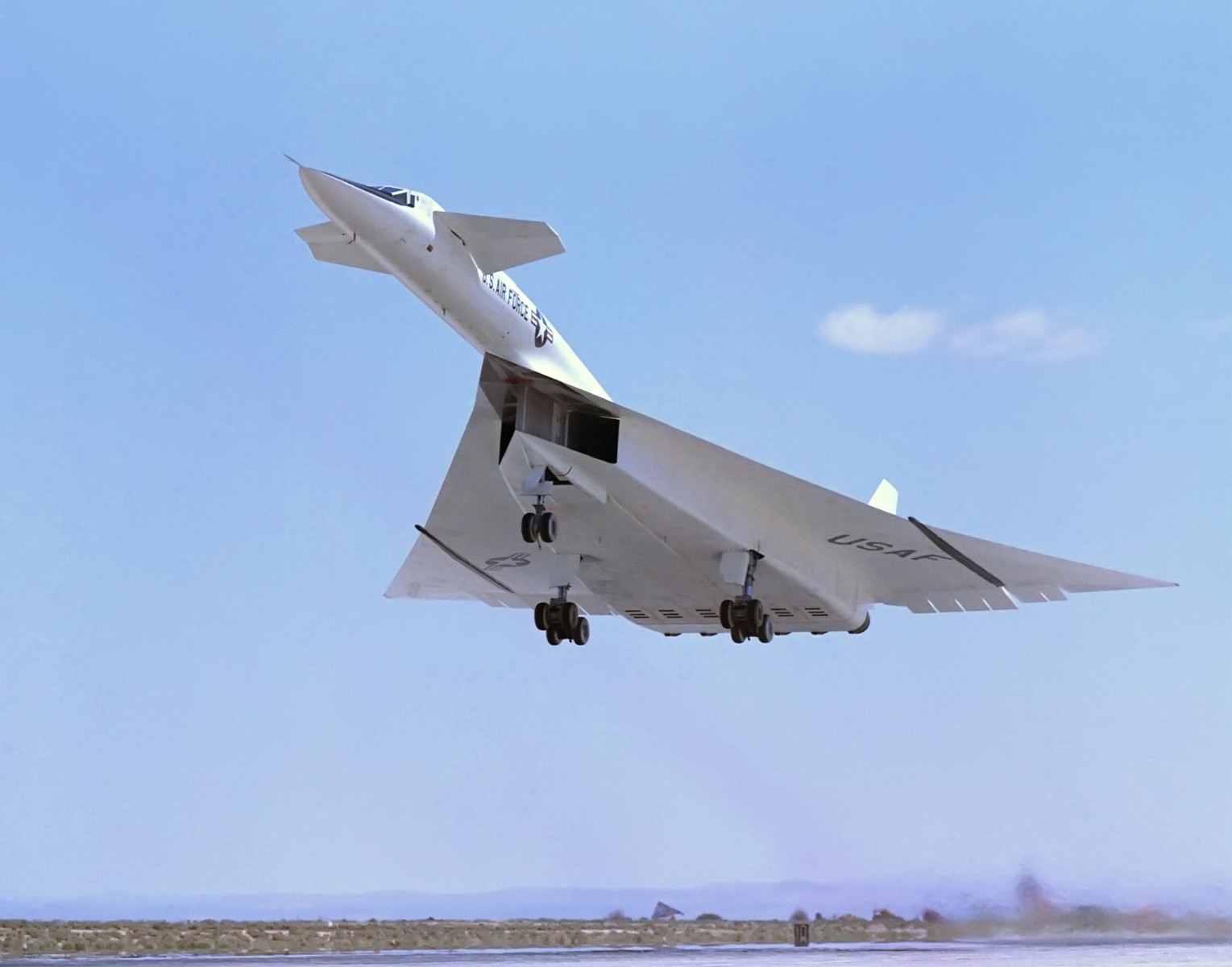 We have seen many military aircraft (and a few civilians) capable of flying at supersonic speed. Few have flown faster than Mach 2 and even fewer have gone past the three-times-the-speed-of-sound level. But the aircraft that you will be reading about in this article was a part of an even smaller group of aircraft – Mach 3.0+ strategic bombers. This airplane, which is one of the very supersonic bombers ever built, was capable of flying at Mach 3.1, a speed level that only extremely few aircraft reached – from any group of airplanes.

The idea of the Valkyrie

XB-70 Valkyrie high in the sky

This one of a kind aircraft – the North American XB-70 Valkyrie – was an American made bomber aircraft which a logic similar to the SR-71’s. Since there were not very good SAMs in the 1950s, the only (almost) threat to enemy aircraft was interceptors. Therefore an airplane that could fly faster and higher than these interceptors was practically out of the “danger” zone. But there was also another strategic meaning of the stunning speed. That was that if it was to deliver nuclear bombs then it would have to be able to get away fast enough not to get damaged by the explosion. 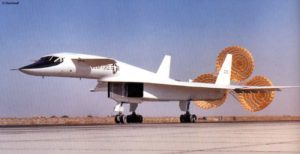 XB-70 using parachutes to stop after a flight

Only two XB-70s were built, and these were mainly used for research purposes as the Valkyrie never reached production level. When designing and developing the aircraft, the engineers had some specifications that they had to fulfil:

They chose the long thin delta design – the preferred body design for supersonic flight at the time. After years of wind tunnel testing and engine developing the engineers finally had a structure and engines that would be able to fly at supersonic speeds for a long duration, instead of having to switch between sub- and supersonic speeds. However, when the developers finally thought that they had the best design, they found out that to get an even more increased lift and therefore increased range. How? They could take advantage of a newly discovered phenomena called compression lift. This means basically that the aircraft rides on the shockwave of higher density air that it produces itself at the tip of the front, providing additional lift. This made them have to re-design parts of the aircraft before actually producing the full-scale aircraft. The XB-70 Valkyrie was one of the first aircraft to ever use the compression lift feature.

Extreme features of an extreme aircraft 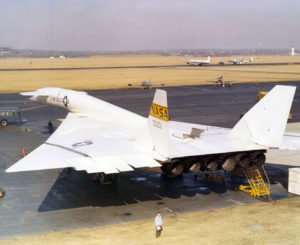 The Valkyrie was one of the most extreme aircraft at the time. For instance, its speed was almost as high as the one of the SR-71 Blackbird. It was capable of delivering nuclear bombs. And it had no less than six(!) General Electric engines. Some other features of the XB-70 are listed below:

The cooling of the XB-70

The speed that the engines resulted in made the aircraft heat up – A lot. Both the air-compression in front of the aircraft and from the burning of fuel. In some areas of the aircraft could reach temperatures as high as 330° Celsius. That was a major problem that had to be solved. It was fixed by using a sandwich material consisting of stainless steel and foil. Titanium was, just like on the SR-71, used due to its extreme durability, but to a much smaller extent. To fix the heating-problem from the engines, the fuel was circulating inside the aircraft before entering the engines – a principle similar to the one in water-cooled computers.

The down of the Valkyrie

The previously mentioned fact that there was almost no anti aircraft missile capable of shooting down aircraft at altitudes of over 15000 meters at this time (since the aircraft flew out of range of the SAM so quickly) was, however, changing during the late 1950s. During these years the Soviets developed much better and cheaper anti-air systems capable of flying even higher than the XB-70. This is what has been named the “missile-problem” for the Valkyrie. Along with the fact that ICBMs took over the role of long-range nuclear bombers (an Intercontinental Ballistic Missiles is in a way a “long-range-bomber”) – the two main advantages of the XB-70 vanished. The US Air Force shifted their effort towards low-level bombers. Therefore the cancelling of the XB-70 program was inevitable.

The project cost of $1.5 billion of the XB-70 only resulted in two finished prototypes. One of them collided with a jet aircraft in mid-air ending in a fatal crash and the other can be seen at the National Museum of the United States Air Force in Ohio. Even though the XB-70 can be called a failure, it was an important research aircraft for NASA and is definitely an aircraft of its own class. The word “Valkyrie” comes from Scandinavian mythology, meaning „One of a host of female figures who choose those who may die in battle and those who may live“.  With the XB-70’s six engines, nuclear-bombing capability and Mach 3.1 speed, that is the right name – for an excellent and very beautiful aircraft.

Crazy story of an Emergency Landing

On April 30th, 1966 the Air Vehicle 2, that is the second XB-70 Valkyrie prototype, took off from Edwards Air Force Base. After taking off, the Valkyrie had a short-circuit in the landing gear retraction system, resulting in a blown back nose gear which ended into a partially retracted gear well door. The tires were destroyed. The crew tried several things to not lose the bomber prototype. The only solution seemed to short-circuit the unit. But they had no tools. One of the pilots then found a paperclip in his briefcase – which he used to short-circuited the unit.
They now tried to land the Valkyrie prototype at 320km/h – with 3 of the 4 main landing gear wheels being blocked by the brakes after the malfunction. The tires burned up, but the aircraft didn’t suffer any serious damage and was able to fly again shortly thereafter.