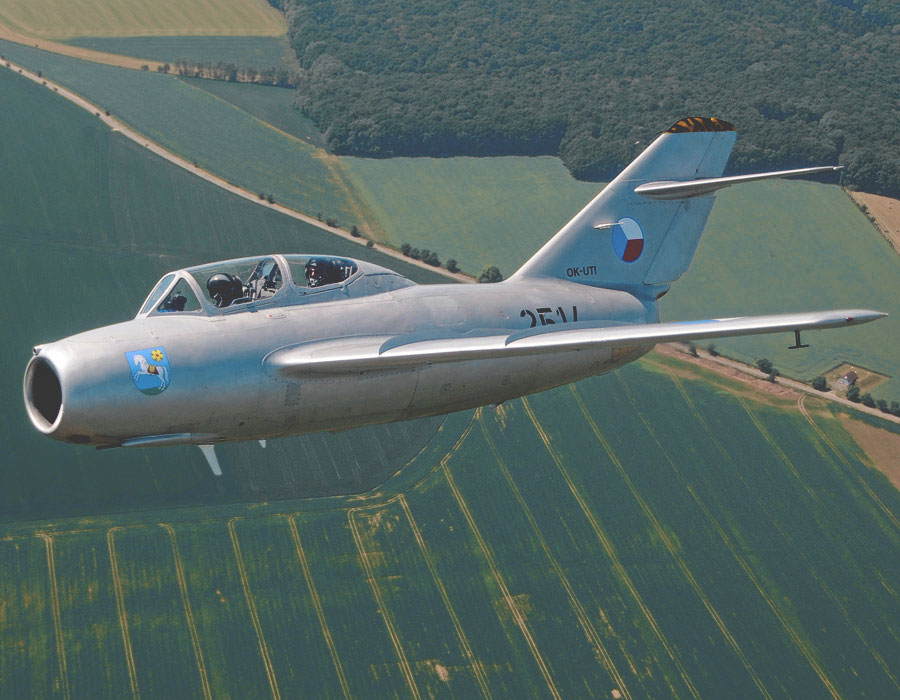 We proudly present the first jet flight in the famous classic military fighter jet, the MiG-15 Fagot. The Mikoyan-Gurevich MiG-15 successfully intercepted UN fighter jets and bombers in the Korea War. The term “MiG-Alley” is well-known beyond aviation, military and history. It is the region around Yalo river (Korean: Amrok or Amrok-kang) between China and North Korea (DPRK), notorious for countless dogfights.

After the US Air Forces with F-80 shooting star and F-84 Thunderjet aircraft roamed the skies over North Korea for several months, the Soviets decided to support North Korea and China with high-performance MiG-15 fighter jets. Sovjet pilots also piloted the MiG-15s themselves, but until today neither the USSR nor at a later date Russia ever officially admitted that they had engaged in the war with their own pilots. The counterattack started November 1st, 1950. First, the MiG-15s shot down an American P-51 Mustang. Later on that day Sovjet fighter pilot Semyon Jominich shot down the first jet and is therefore credited with the first jet-vs-jet kill in history. Jominich shot down US pilot Frank Van Sickle in an F-80C. 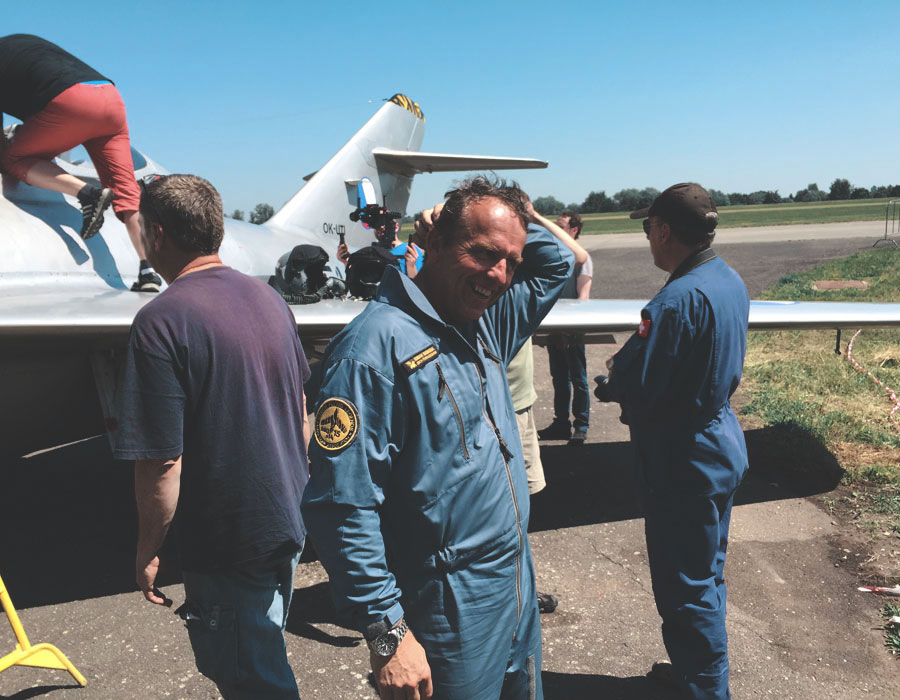 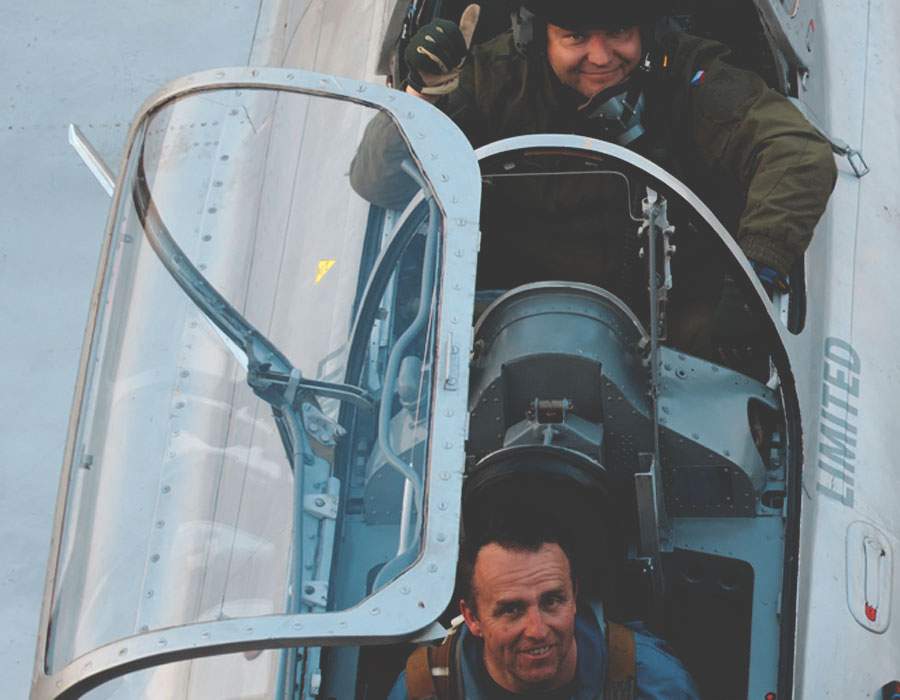 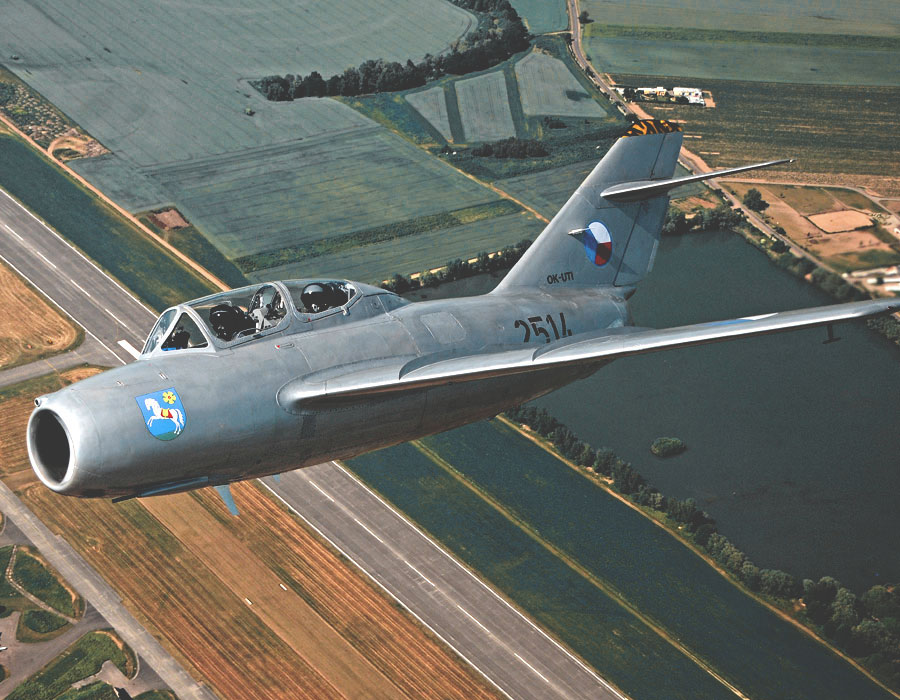 Countless aerial battles for air superiority tool place over the 100 miles long “MiG Alley”. The US mainly flew the North American F-86 Sabre in these dogfights – the North Korean side the MiG-15 Fagot. Before the US Air Force introduced the F-86, the MiG-15  Fagot was superior to American fighters – on top of that the US forces had to fly around 350 miles to the MiG Alley – a huge disadvantage. The MiG-15 had been flown not only be North Korean and Chinese Forces but also secretly by Sovjet fighter pilots. In a single day – known as “Black Thursday” – 30 MiG-15s shot down 12 B-29 “Superfortress” bombers – protected by 100 F-80 “Shooting Star” and F-84 “Thunderjet” – with no casualties on the Soviet side. The pressure became so strong that the US forces evacuated to Japan – leading the way for North Korea to conquer nearly all of South Korea, including Seoul. Top fighter ace in the Korean War was the Soviet fighter pilot Nikolai Sutyagin with 21 claimed kills.

Flight in the MiG-15 Fagot – Take control of the MiG!

The MiG-15 Fagot is an incredibly powerful aircraft – often described as a big and powerful jet engine with a cockpit on top. Thanks to this design the MiG-15 Fagot needs its huge vertical fin; one of the characteristics of this classic fighter jet. The MiG-15 Fagot can reach a maximum speed of no less than Mach 1! Recently during a test flight, the test pilot tested the max. speed – a routine matter at all test flight programs. Due to strong winds, that day the ground control reminded them in a panic that it is strictly forbidden to fly at supersonic speed for a civilian-registered aircraft. Only the military forces are allowed to fly at supersonic speed. The pilot said: “I’m flying supersonic, I guess I’m not responsible for the wind strength!?”

Unbelievably enough, you will be able to control the MiG-15 Fagot yourself during the flight. The flight program consists of Looping, Rolls, Immelman, extreme high-speed low-level flying etc. The flight program will be discussed with you and custom-tailored to your preferences. The former military fighter pilot flying with you can be met at airshows in the whole of Europe – he’ll make sure to meet your expectations.

The Airbase is in the Czech Republic, about an hour from Prague, in the town Hradec Kralove. A transfer from Prague and back can be organized for you. 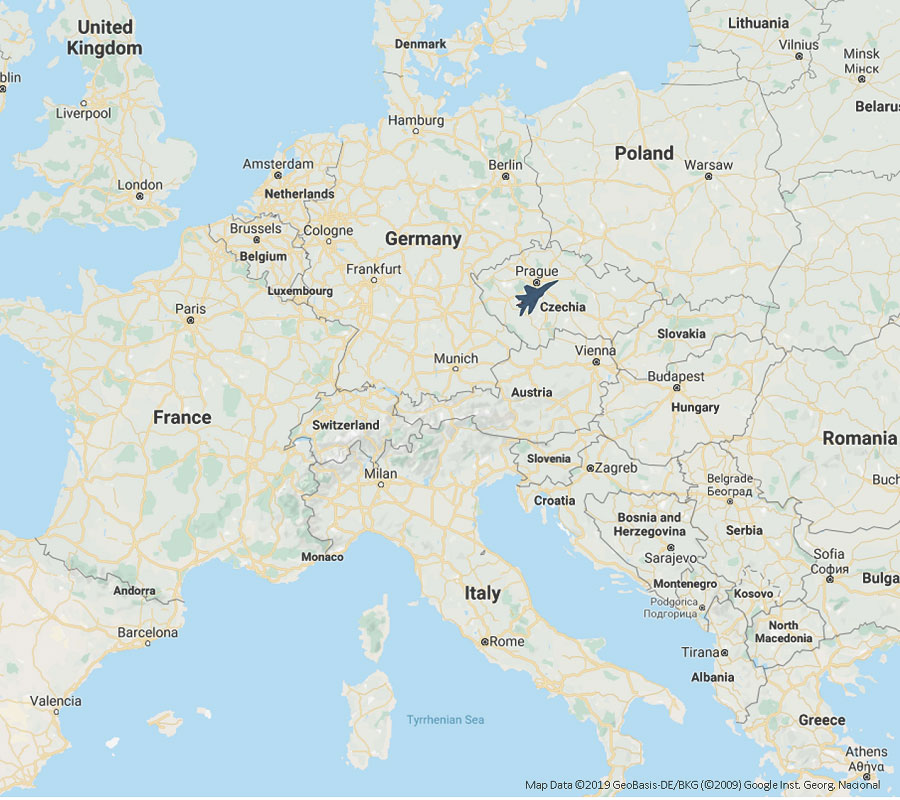 A fantastic couple of days! Philipp and his team are fantastic - some of the most generous, hospitable people I've ever met who you can have a great laugh with! Of course the flight in a Mig-15 was absolutely incredible, but it's the people who make me want to book again.... soon hopefully!

Joachim just landed in the MiG-15 UTI. An unforgettable experience. Everything was very well organized. The pilot and the whole technical crew were very professional and did an excellent service. They all took good care of us. Thanks to Philipp Schaer of MiGFlug for the organization, it couldn't have been better. Thanks to the whole team in Czech Republic. That day will always be remembered as a very special highlight.

Ready for your historic Jet Warbird Adventure? Complete the booking form and you will hear from us shortly!
Book your MiG-15 Flight


The best gift for the best person in the World? Flying a real historic fighter jet legend in the Czech Republic!
Buy a Gift Certificate
w